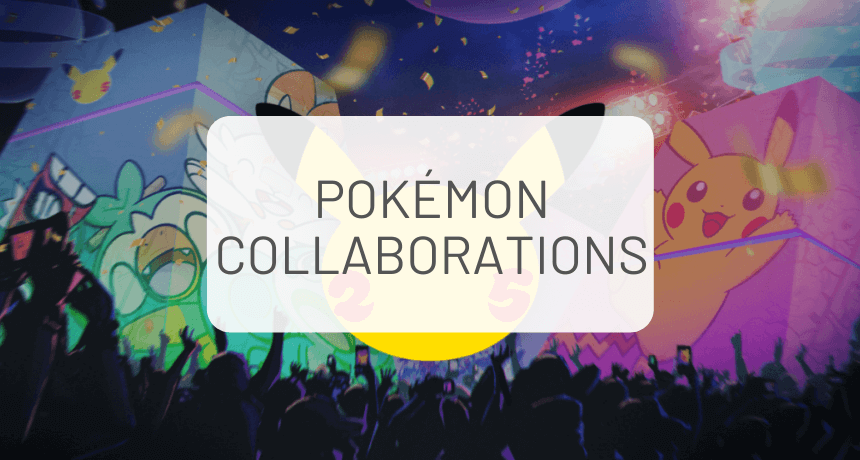 The Best Pokémon Collaborations in Japan

The Pokémon franchise celebrates its 25th birthday in 2021! To celebrate this, the company chose to celebrate everything wonderful about the franchise through its anime, manga, toys, and video games, including the release of Pokémon Brilliant Diamond and Shining Pearl in November this year. The official branding for the year-long event is Pokemon25, and stretches from January 1st until December 31st. 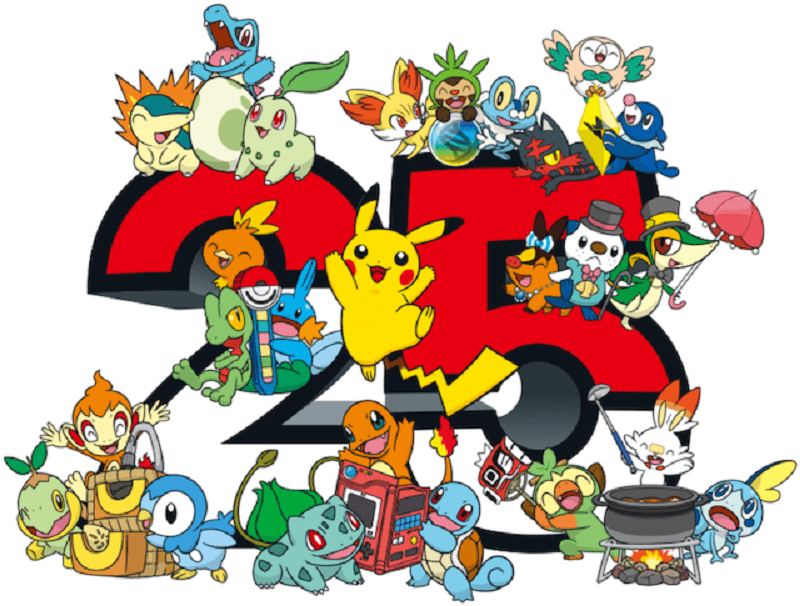 So far, the celebration has included video games such as New Pokémon Snap, an exclusive collection of trading cards from McDonald’s Happy Meals, the announcement of Pokémon Brilliant Diamond and Shining Pearl as well as Pokémon Legends: Arceus, as well as a spinoff MOBA game called Pokémon Unite. After 25 years, 8 generations of video games, and a total of 898 Pokémon, there’s a lot to look back on and look forward to for the franchise.

Since Pokémon is also known for collaborating with other companies and creating exclusive, limited goods, let's take a look at some of the best collaboration events!

Korean brand Tony Moly collaborated with Pokémon in 2017 to create a makeup range based off several iconic characters from the series. This included a Togepi Hand Cream, an SPF cushion foundation and blush, and eyeshadow palette in limited edition Pikachu packaging, Jigglypuff powder, and even a Digglet peel-off mask! 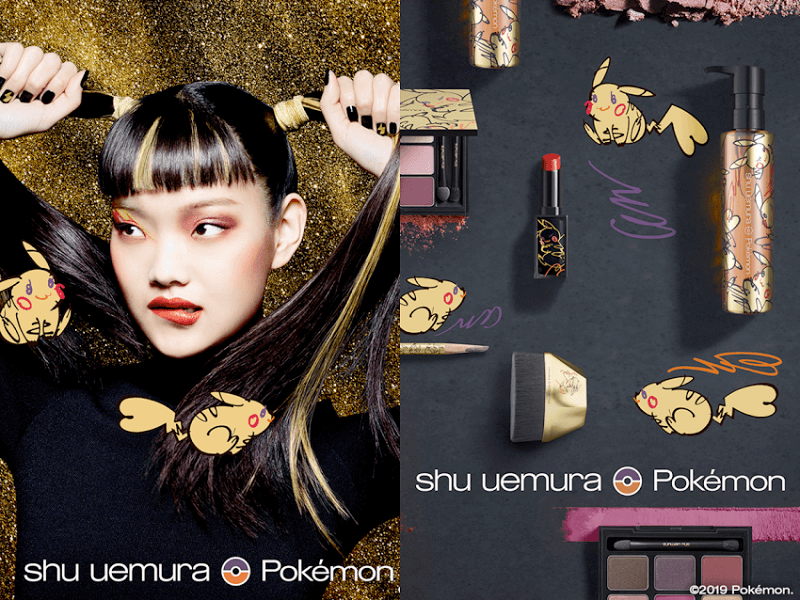 In 2019, the Japanese brand Shu Uemura also collaborated with Pokémon, releasing limited edition eyeshadow palettes with both neutral shades and a shocking yellow reminiscent of Pikachu! In addition to a couple of special edition blush palettes, the company also released a lipstick range-- including one named after the iconic fire-type move, Flamethrower.

Although most of the collaborations centered around the adorable themed packaging, one great thing about it was that the products themselves were very practical and usable, and are definite stand-outs for fans of both Pokémon and beauty. 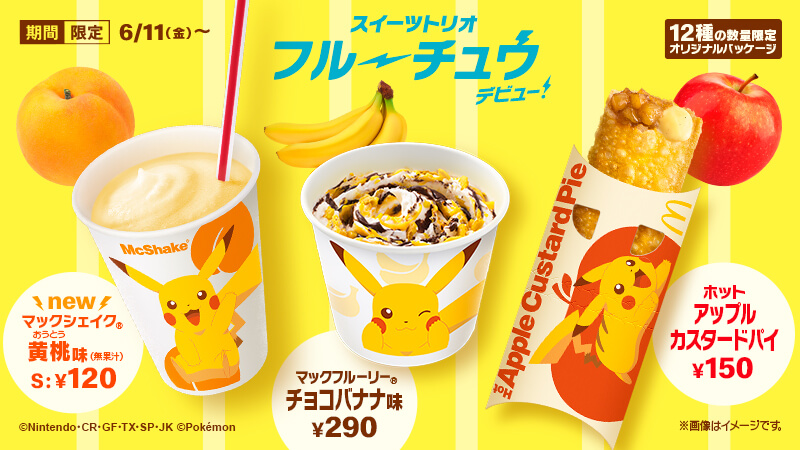 It’s no secret that Pokémon toys and trading cards have always made their appearances in things like the McDonald’s Happy Meals. For their June 2021 collaboration, McDonald's had a range of Pikachu toys available, including a mini-basketball set and a little dashing Pikachu. In line with this, they also released a range of special summer desserts, called the “Sweets Trio Fruits-chu!” These desserts celebrated Pikachu’s iconic yellow color with a peach McShake, a Chocolate Banana McFlurry, and a special Hot Apple Custard Pie. 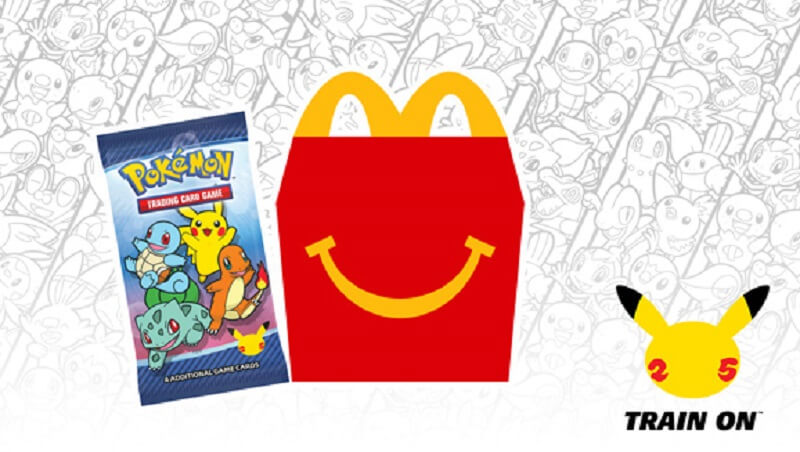 In February, McDonald's Happy Meals in the US included special exclusive Pokémon TCG cards, featuring the starter Pokémon from all 8 generations. The whole set includes 25 cards, and has a special 25th anniversary logo featured in the card’s artwork, and a chance to get a special holographic version of one card in each 4-pack.

There’s no shortage of ways to celebrate your love of Pokémon, and this collaboration by Uniqlo is one way to add a little to your wardrobe. The line includes shirts for men, women, and kids, (with children getting additional house/lounge wear), and a special promo in Japan featuring a Pokéball laundry bag.

The All-Stars line up celebrates the original 151 Pokémon from generation 1, from the first games Pokémon Red, Blue, and Yellow. These include beloved favorites such as Mew, Gengar, and Onix, as well as the original 3 starters. The designs are mostly minimalistic, keeping with Uniqlo’s aesthetic, making them very wearable and trendy year round. 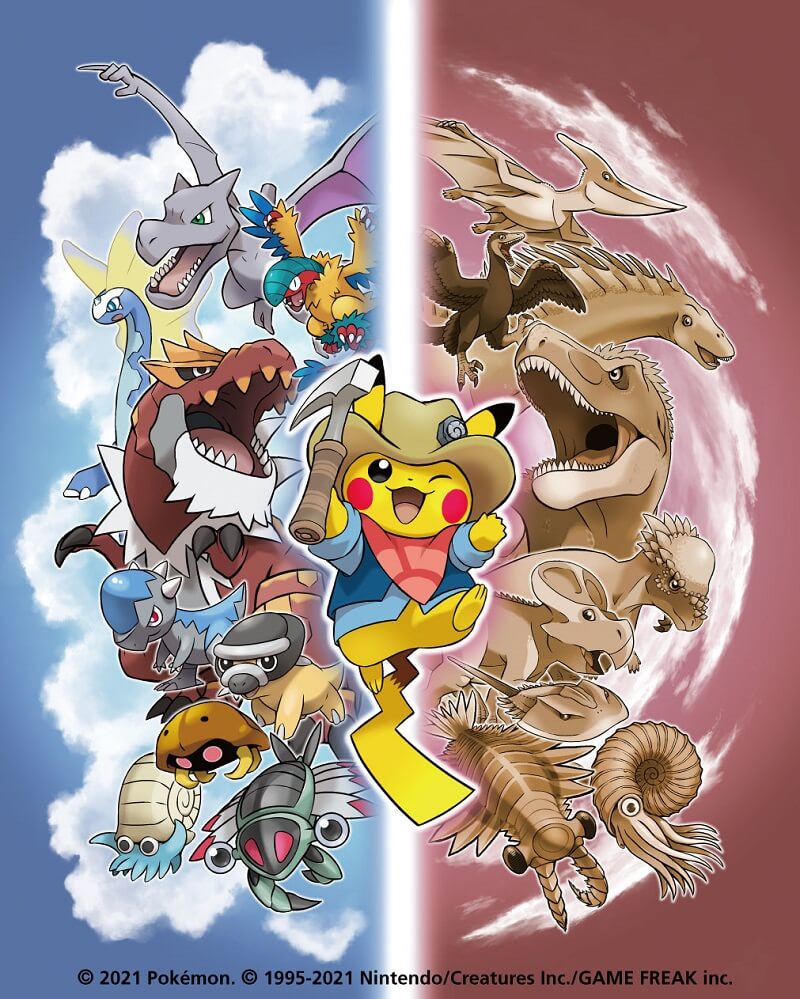 Source: The National Museum of Nature and Science

Fossil Pokémon have been a part of the main series games since the first generation, and it's no secret that these old-timers were inspired by real life creatures in the form of dinosaurs! The National Museum of Nature and Science in Japan created an educational Pokémon Fossil exhibit, where visitors can learn about the dinosaurs and extinct plants that inspired those in Pokémon.

The exhibit will be travelling around Japan, starting at the Mikasa City Museum in Hokkaido before moving to different museums around the country until summer 2023.

And of course, Pokémon has a lot of yummy collaborations with noodle manufacturers such as Sapporo Ichiban! Each cup of ramen is seasonal, and you can find Pikachu going to the beach with his Poké-friends in our ZenPop Ramen Pack and Ramen & Sweets Mix Pack! 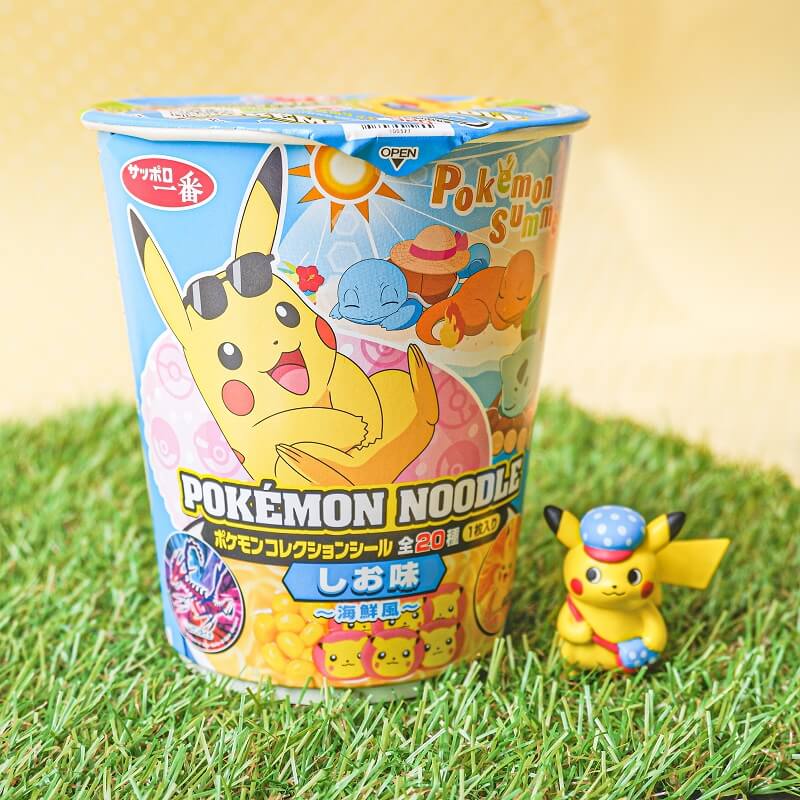 How will you celebrate 25 years of Pokémon?