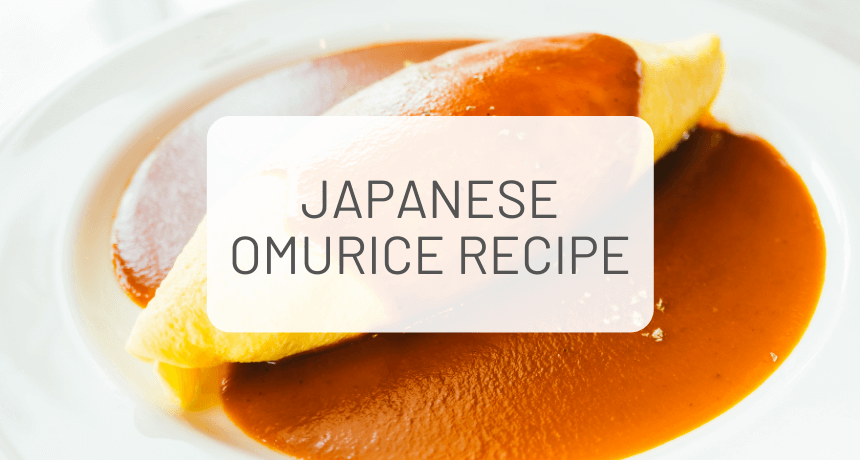 Want to up your breakfast or brunch game on a lazy Sunday morning? Try something Japanese: Omurice (Japanese Omelette Rice) オムライス.

There is not much better than the smell of a freshly cooked omurice in the morning. And by the way, it works just as well for lunch or even a quick dinner. Omurice is a simple and interesting take on the classic omelette (omu, オム) paired with rice (ライス).

It’s part of what Japanese people call yōshoku (洋食), a Western-influenced fusion cuisine. The dish has been around since the early 20th century, and become very popular in Japan. Read more to learn how to make it yourself! 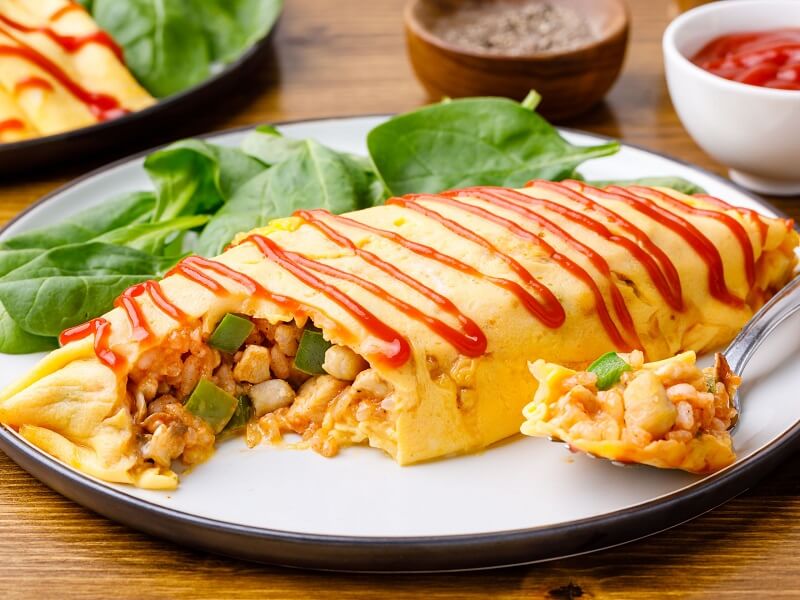 The inventor of our beloved omurice is not known. But it’s rumored that it all started in a Tokyo restaurant called Renga-tei in the early 1900. The concept behind it was to have something easy to carry and eat at your desk so that you can start your day strong after a dreadful commute to the office. After it first started, the dish quickly became popular and many restaurants started adding it to their menu.

Nowadays, omurice is a popular contemporary Japanese fusion dish, mixing Western omelette and Japanese fried rice. Although it started at a restaurant, and plenty of restaurants still advertise it in their plastic food vitrines, especially Western type diners, it is now mostly enjoyed at home.

The easy way to make it, is to pan fry the rice with ketchup and chicken, and then wrap it in a thin sheet of egg omelette. It’s perfect to use leftover rice too! It will take you less than 20 minutes to get the dish ready, from prep to table, and children absolutely love it! I mean, who doesn’t like some sweet tomato sauce with soft omelette?

To prepare the omelette, you need:

For the fried rice, you need:

Start by preparing the rice base first. To do so, follow these steps:

Now that the rice has finished cooking, it’s time to make the omelette. Here’s how: 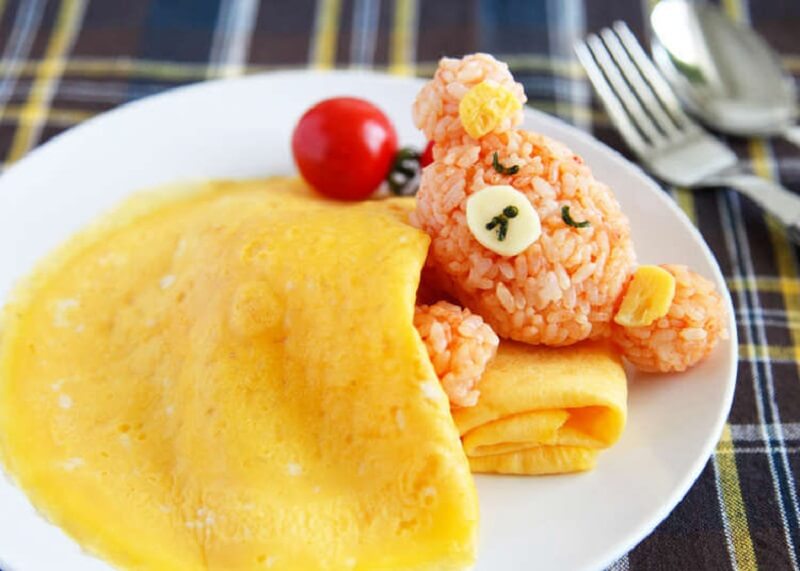 There are quite a few variations available, such as omusoba, where basically, you just replace the rice with yakisoba noodles. You could get your instant yakisoba delivered straight to your home from ZenPop, and start from there. Simply prep the noodles, softly fry the eggs, wrap it all up, and enjoy your treat!

Another variation could be the Taco Rice from Okinawa. As the name says, it’s got a slight Mexican influence. It uses lettuce, tomato, ground beef, cheese and of course, salsa, but switches out the usual taco shell for some rice instead. And that’s how the Japanese invented the omutako.

If you simply want to spice up your dish, you could try adding some shichimi (七味唐辛子, seven spice mix), or some curry power on top! Whatever you prefer, you won’t regret experimenting with the now classic Japanese dish. Omurice is a treat, you deserve it!