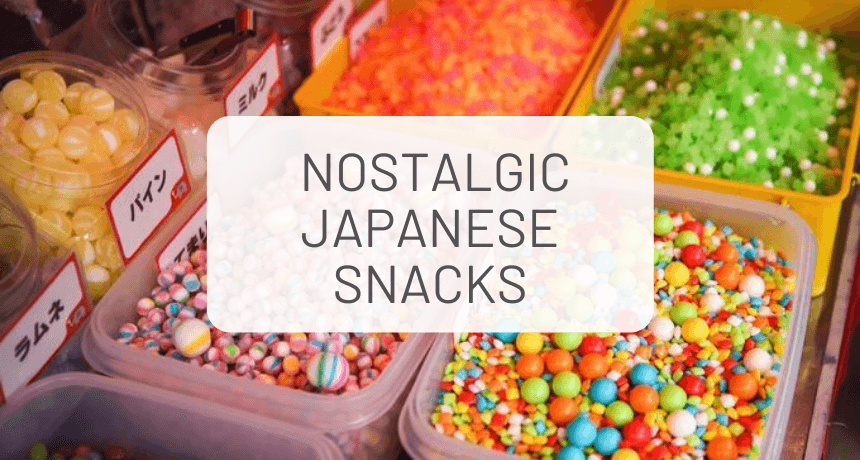 What Are The Best Nostalgic Japanese Dagashi?

The wonderful world of Japanese candy is full of exciting and unique flavors, from seasonal fruit flavors to unique crystallized sugar sweets. Buying something inexpensive at the local dagashiya (駄菓子屋), or candy shop, while coming back from school is a nostalgic experience, especially for older Japanese people. That's where every school kid used to buy their favorite dagashi (駄菓子), the now nostalgic Japanese candy. While it isn’t often that you find dagashiya these days, you can now buy these candies and snacks at convenience stores, through the internet, and it’s always a treat to rediscover the flavors of our childhood.

What is a Dagashi (駄菓子)?

You might notice that the word “dagashi” sounds similar to other kinds of Japanese treats, such as “wagashi” and “okashi.” Okashi refers to all types of confectionery and snacks, while wagashi refers to traditional sweets, usually made with rice flour and azuki bean paste. The term dagashi refers to the cheapest types of sweets/candies/snacks available on the market, and are typically aimed at children.

Dagashi are commonly priced between 10 and 200 yen, and there are more than 500 different types of them available. The reason they are so cheap is so that children can afford to buy them with their pocket money. Some of them even come with a toy inside! They come in all kinds of colorful packaging and different flavors, making them popular with a wide range of people. In fact, the history of dagashi type candies dates all the way back to the Edo period in Japan.

Of course, since they are so easy to purchase, most people have a nostalgic love for their childhood sweets, and it isn’t uncommon to find adults that still love them to this day!

Here are some of the best nostalgic Japanese dagashi: 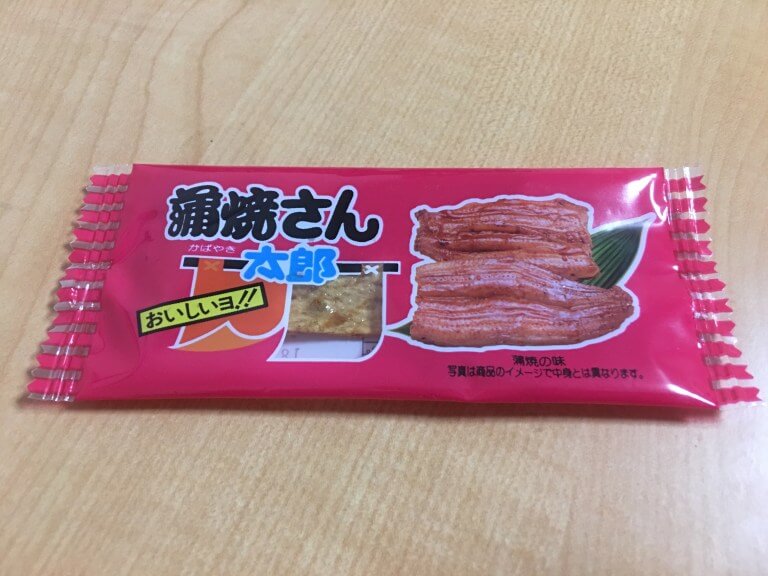 Kabayaki (蒲焼) is a famous snack made of surimi, or a kind of fish paste. Not all dagashi are necessarily sweet, which is the beauty of all the possible varieties, and Kabayaki is one of those that stands out for its salty, savory flavor. It’s a type of fish jerky flavoured with squid, giving it a nice umami taste coupled with a chewy texture. Did you know that kabayaki is actually also popular with adults, and is often paired with sake. 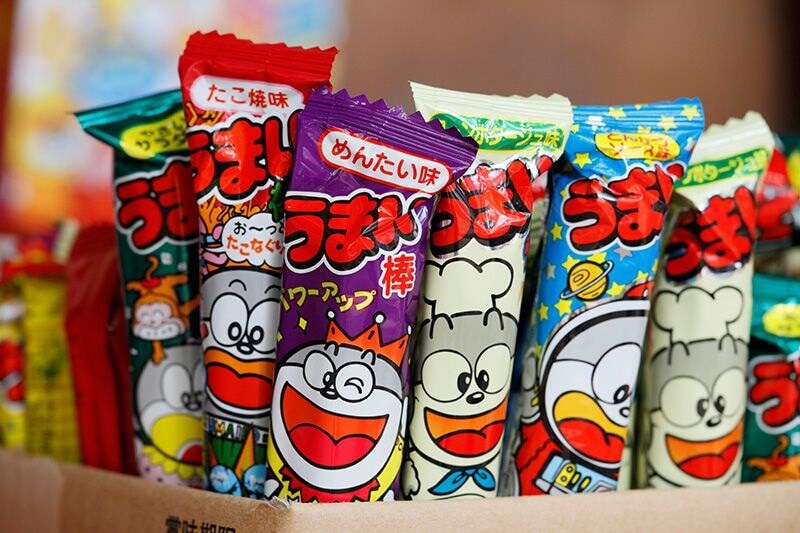 Umaibo (うまい棒) was created in 1979, and each piece of this corn puffed stick came with a unique flavor, whether they be traditional ones like cheese and corn or newer flavors like apple pie, takoyaki, and yakitori! We’ve featured a lot of Umaibo in our sweets packs, because the snack is so loved by children around Japan for its variety in flavor and satisfying crunch. 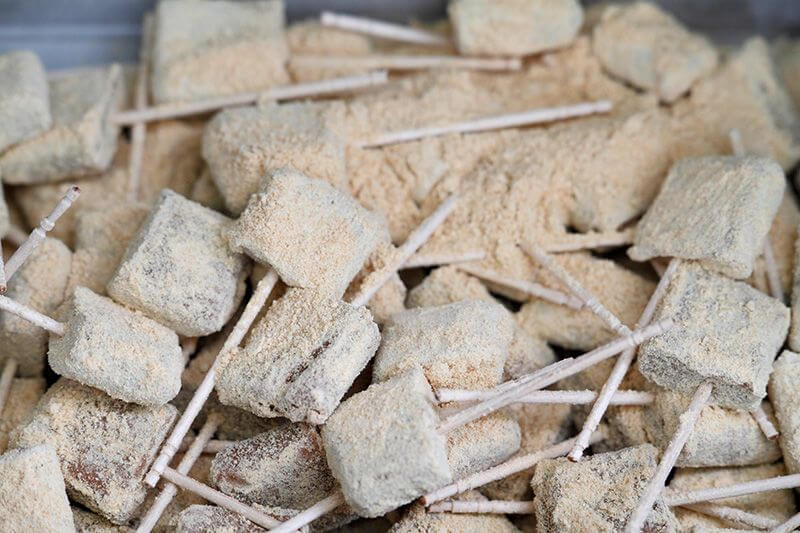 Kinako-ame is a more traditional snack, popular in historical towns like Hida-Takayama. These soy-bean flour coated candies can come in many forms, but are easy to make and keep for a long period of time. They are soft and chewy, made of a clear, sticky syrup called mizuame. If you like the taste of kinako, which is subtle and nutty, you’d certainly enjoy kinako-ame! 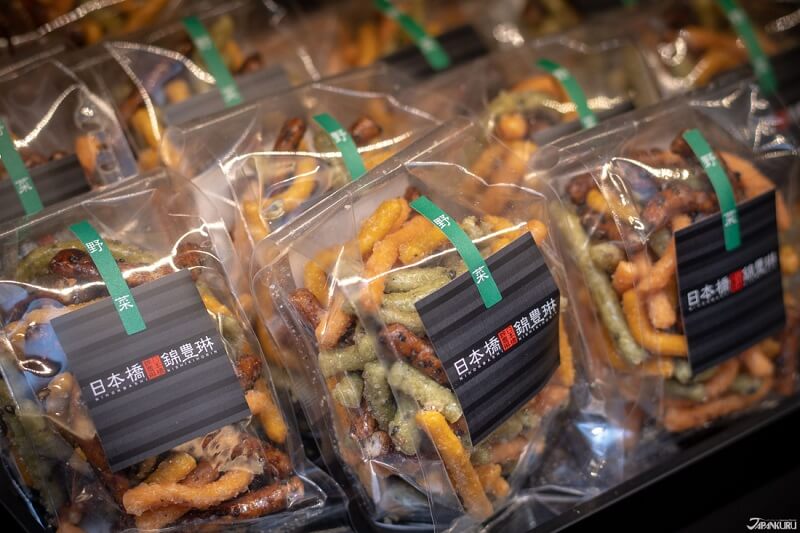 Karinto (かりんとう) is another traditional snack, a deep-fried sweet made primarily of flour and yeast, and then coated in brown sugar. While the traditional methods coat it in brown sugar for the sweet taste, there are popular brands that reinvent the flavors by coating it with things like white sugar or chocolate. Others even mix things into the dough to get other unique flavors such as sweet potato and cherry blossom! Karinto is so popular that there are stores that specialize in them, such as Nihonbashi Nishiki Horin in Nihonbashi.

Big Katsu is another nostalgic snack on the salty side of the dagashi palate. Shaped and breaded to resemble something like tonkatsu, Big Katsu is a breaded strip also made of surimi, which has a fishy taste and texture to it. While it used to be only purchasable from dagashiya, the snack is actually so popular that you can buy it from supermarkets and convenience stores. The tonkatsu-like treat is also flavored with tonkatsu sauce, making it a cute little homage to a real pork cutlet!

Have you seen these popular hard candies before? Sakuma Drops (サクマドロップ) were popularized in the West by their appearance in the film Grave of the Fireflies, but have been around in Japan since the Meiji period. The tin cans are actually collectible items, and change their designs from time to time. These candies are flavored with real fruit juice, and are actually extremely addicting!

Want to try them at home?

What are your favorite candies? Why not have a taste of some of Japan’s classic confections with Zenpop’s Sweets pack, so you can experience all the types of dagashi as well?

How to Enjoy Japanese Strawberries