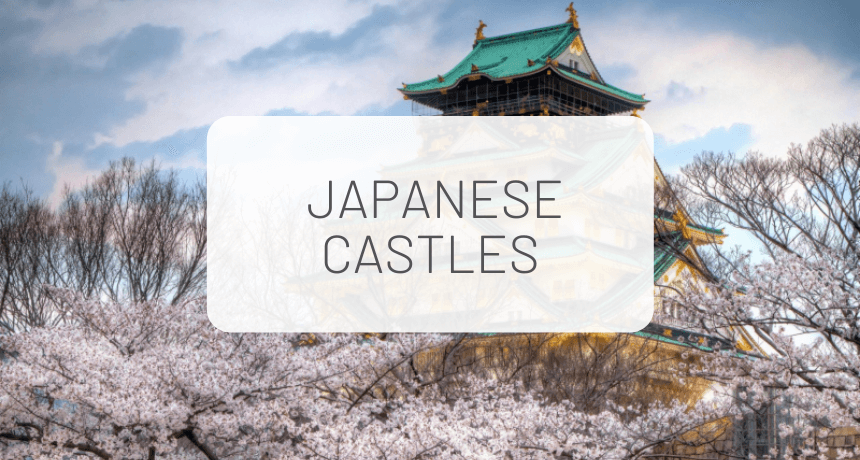 March 6th is Castle Day in Japan, a time to celebrate and remember the colourful history of many of Japan’s traditional castles. These range from large and expansive castle towns, restored and reconstructed smaller castles, and some surviving defense structures. Many of the smaller castles were built during the sengoku jidai, or “warring states” period in Japanese history, while many of the larger castles were built after the unification of Japan by Oda Nobunaga.

In addition to the “palace” or goten where the lord’s residence was, castles also included many other structures such as gates and guard towers for defense, moats, and castle towers. Japanese castles are a sight to behold and explore, so let's take a look at some of our favourites for Castle Day!

Widely considered Japan’s most well-preserved feudal castle, Himeji castle in Hyougo prefecture is extremely renowned for its bright white exterior. It is also known as Hakuro-jou, or Shirasagi-jou, “white egret” and “white heron” castle respectively, because of its beautiful facade.

Its construction dates all the way back to 1333, but it has been remodeled several times depending on the lord residing in the castle at the time. In spite of its age, it has survived a number of natural disasters and weathering, including an earthquake in 1995.

Along with Kumamoto and Matsumoto Castle, Himeji Castle is not only a UNESCO World Heritage Site, but is considered one of the premier castles in Japan. Five of its structures are classified as National Treasures, and it is the most visited castle in Japan-- receiving over 2 million visitors in 2015 alone! 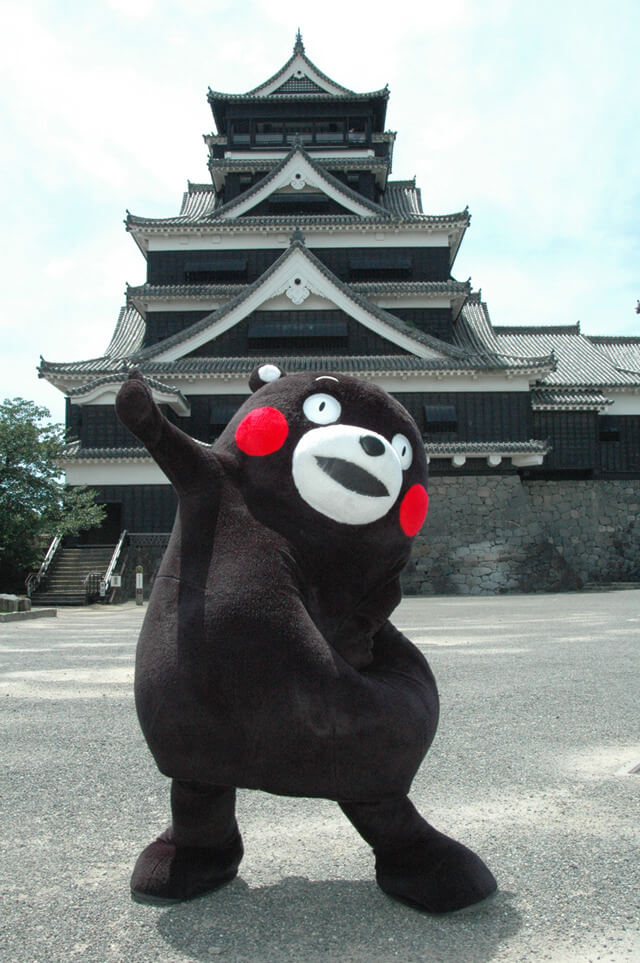 Kumamoto Prefecture hosts a number of amazing tourist attractions and historical sites, but by far a must-see is Kumamoto Castle. Dating back to 1467, this hilltop castle is extremely well-fortified, including 49 turrets, 18 turret gates, and 29 smaller gates within the entire castle complex.

In late March and early April, the castle becomes a fairly popular cherry blossom viewing spot, in no small part thanks to the 800 cherry trees that span the complex. While many of the buildings are concrete reconstructions and restorations, including the castle keep which burned down in 1877, the reconstructed buildings made of concrete contain museums and detailed exhibits about the original interiors. 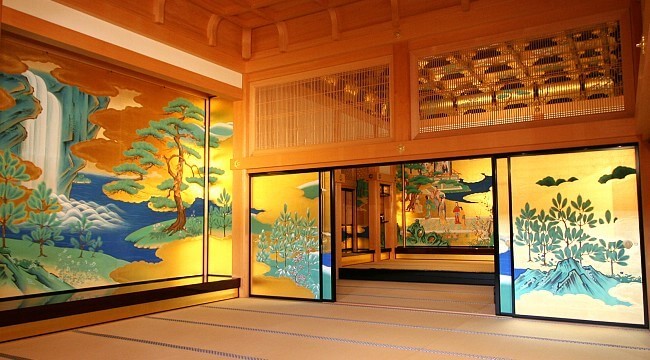 Kumamoto Castle also boasts the extraordinary Honmaru Goten Palace, a reconstruction of the original castle keep made with as much of the original materials and methods as possible. This extravagant interior is a demonstration of the wealth of the daimyo, and where they would receive honored guests. 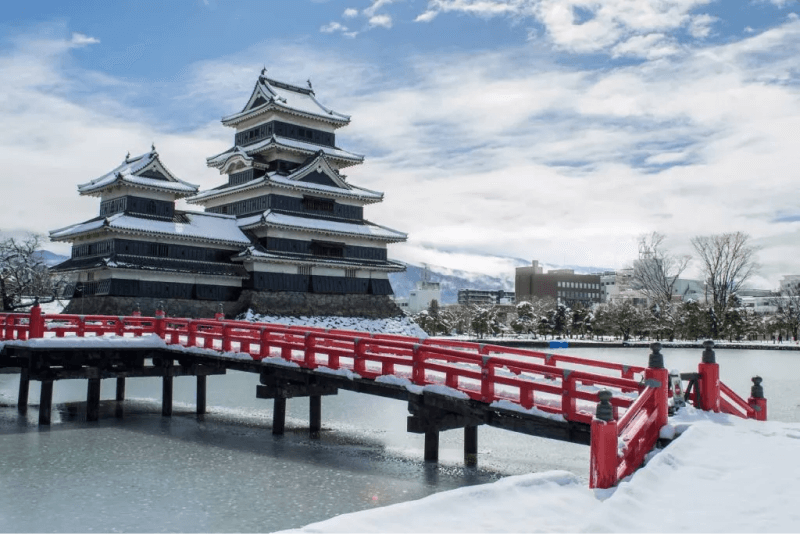 Unlike other restored castles whose interiors feature concrete, Matsumoto Castle’s interiors are made of wood, adding to the authenticity of the experience while walking around inside. The castle has other unique features, including extremely steep stairways, openings meant for dropping stones onto trespassers, and other openings for archers for defensive purposes.

It also has observation decks, such as the Tsukimi-yagura, an area dedicated exclusively for moon-viewing. The tsukimi-yagura is also one of the parts of Matsumoto Castle that is considered one of Japan’s National Treasures.

Located in Chuo Ward in Osaka, Osaka Castle is one of the most accessible castles for visiting. Two stations are closeby, the JR Osakajokoen station (only 10 minutes from the JR Osaka station) and Tanimachi Yonchome station along the Chuo and Tanimachi subway lines.

This five-story castle was built by Toyotomi Hideyoshi during the Sengoku era, and decorated it with a fanciful gold motif-- from the interior furnishings to the exterior rooftop finishes. While it has suffered from damages and has been reconstructed and restored over the years, its architecture is a testament to old Japanese tradition. Exhibits within the castle detail the near 450 year history of the building, and offer a background of Toyotomi Hideyoshi as well. 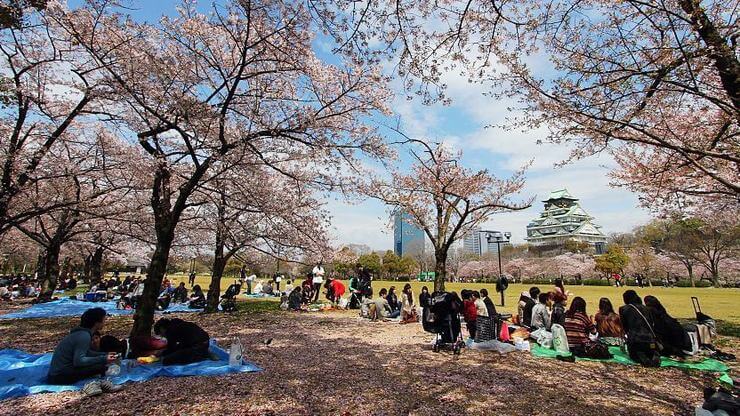 The castle overlooks a beautiful moat, and it's actually possible to take a boat ride around it! The surrounding park (Osaka Castle Park) is also worth exploring and taking a stroll through. Not only does the park boast beautiful gardens and trees, but it also is home to a shrine dedicated to Toyotomi Hideyoshi, many sports facilities, and a multipurpose hall used for events like concerts.

Obviously these aren’t the only amazing castles Japan has to offer-- only a small dip in the pond of the numerous historical sites in the country. While these are some of our favourites, we’re delighted to encourage you to check out other sites like Nijo Castle and the Tokyo Imperial Palace!

Many of these castles also have unique stories behind them, so why not do some research and let us know what you find? Happy Castle day!

Save $4 USD on our Ramen and Sweets Pack from now until 25th April! Check out with the promo code

FLASH4
Register now
No, thanks