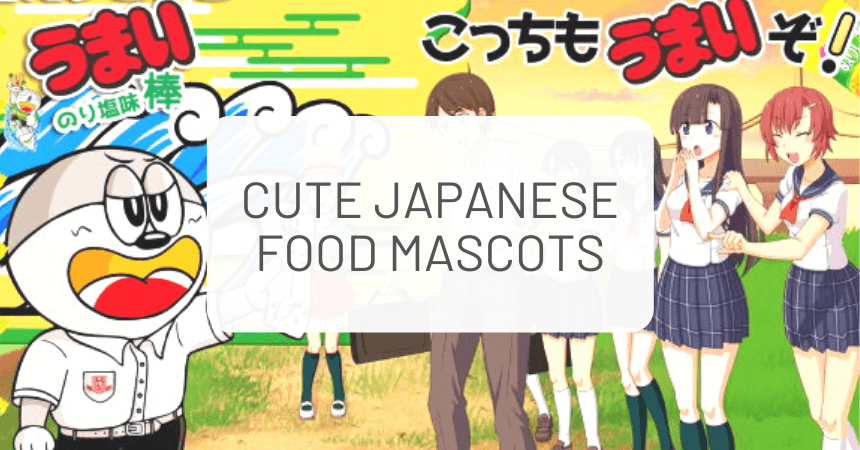 Mascot culture in Japan is on an entirely different level than the rest of the world! You see mascots everywhere - videos, advertisements and even walking around during events.

These colorful characters are used to represent anything and everything, from products, to companies, to prefectures. You may actually be familiar with some of these mascots, known as yuru-chara, such as Kumamon (of Kumamoto Prefecture) or Chiitan (of Susaki City). 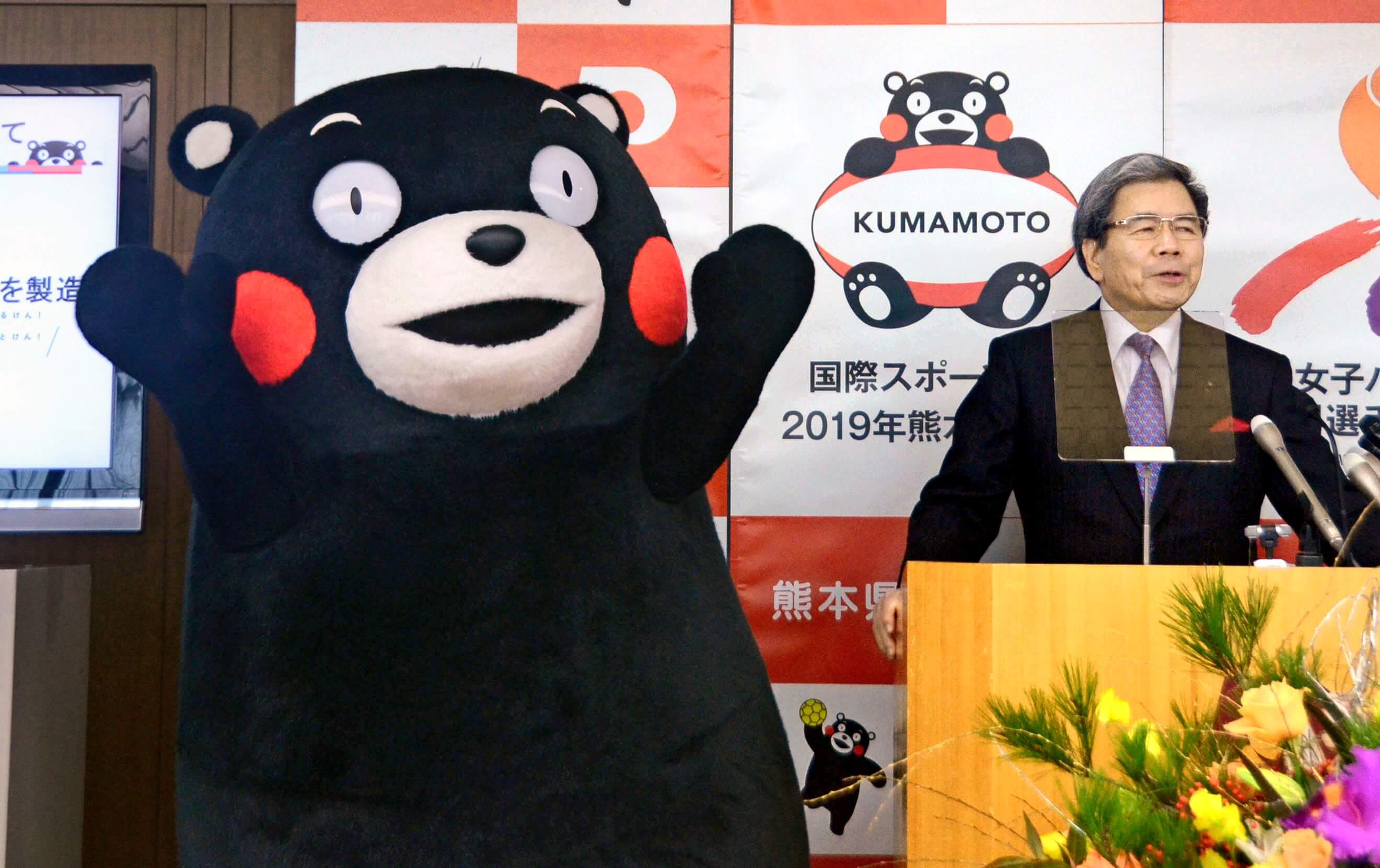 Kumamon with the Kumamoto Governor in 2018. Source: Nikkei Asian Review

But, did you know that some of our favorite Japanese candy and snack brands also have their own cute character mascots?

While you may not realize it, many of these characters also have interesting stories and deep histories behind their adorable faces! Here are some of our favorite Japanese food mascots: 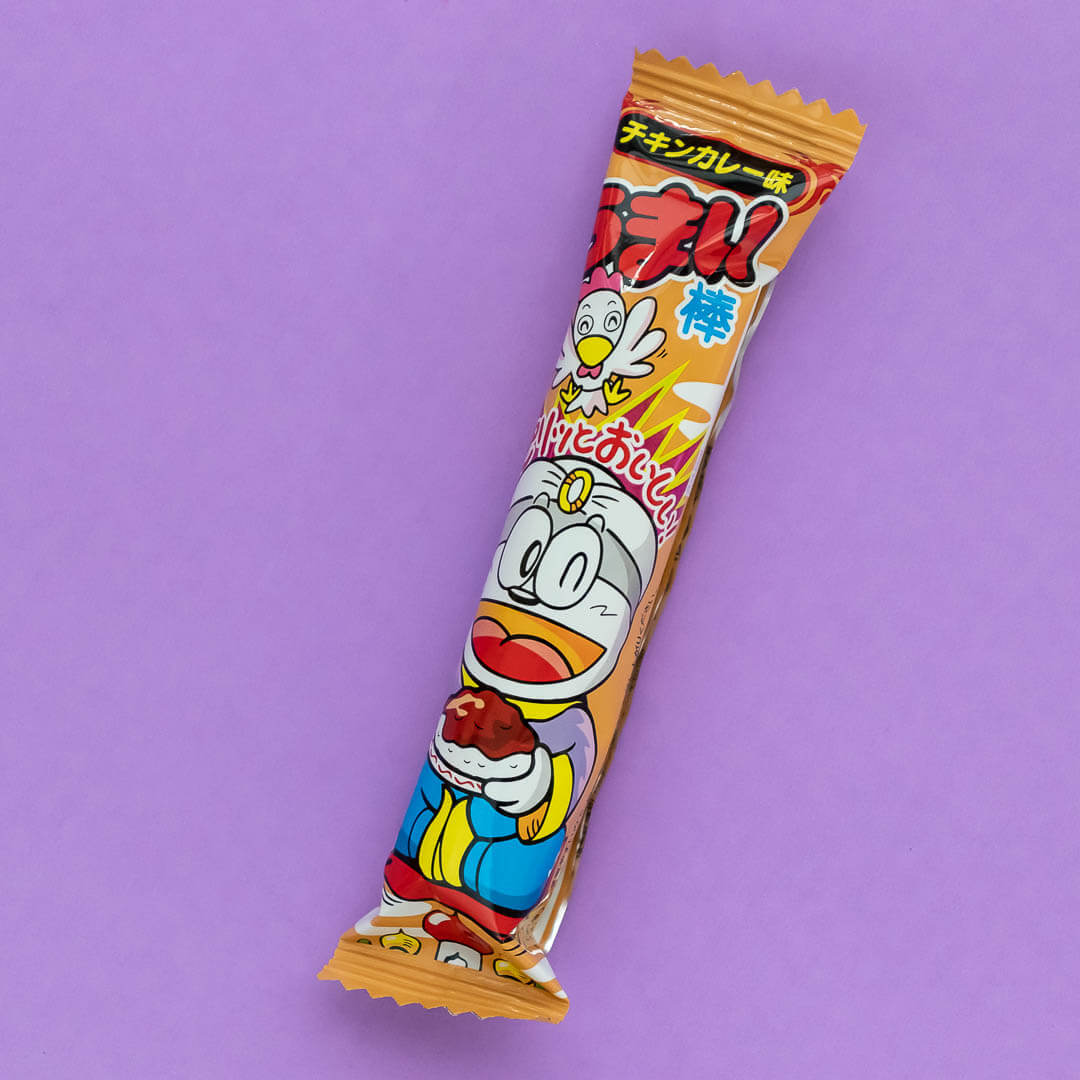 Tasty Chicken Curry Umaibo in our current Mix Pack. This is the last batch of this flavor

You may be familiar with Umaibo’s mascot, Umaemon, as he appeared in the first episode of Dagashi Kashi, when Hotaru is showing off the snacks. 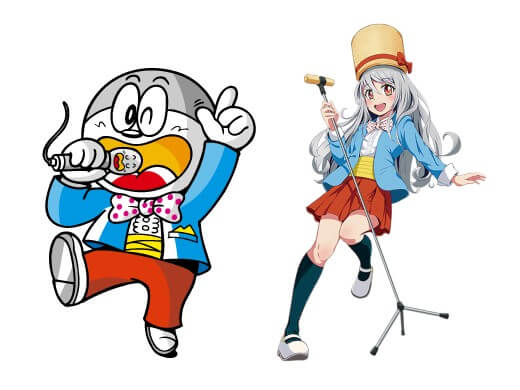 The gray cat is a parody of the popular cartoon character, Doraemon. He can be seen wearing different outfits and engaging in different activities like sports and jobs, depending on the flavor of the Umaibo. He loves to sell his food to different people all around town. 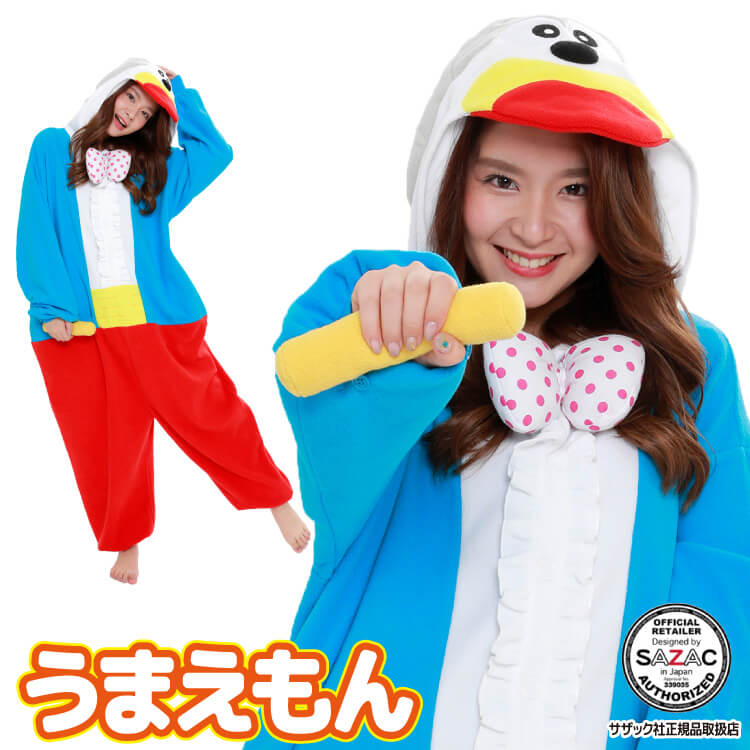 Umaemon Kigurumi (cartoon-character custome)! You can find it on our parent site, ZenMarket

For his 40th birthday, the company Yaokin released an app game called Umaemon’s Adventure where you can help Umaemon fulfill customer orders by merging together different foods.

Did you know that Umaemon also has a younger sister? A few years ago, Umaemon’s younger sister, Umami-chan was unveiled as an additional mascot character. It is said that she comes from an alien planet, and loves to sing!

Have you ever eaten any of Fujiya’s delicious Milky candies? We love to include these chewy treats in our Japanese Sweets Pack from time to time.

The chewy treats are represented by another well-known character, Peko-chan! This pig-tailed schoolgirl is always smiling and licking her lips. She appears not only on all of the Milky-line candies, but also at various store locations. She’s so popular that she’s even been part of collaborations with brands like Holika Holika.

Peko-chan’s history as a mascot dates all the way back to the 1950s, when paper-mache dolls of Peko and her boyfriend, Poko, were displayed at Fujiya Co. storefronts. To celebrate her 50th anniversary, a pop-up museum dedicated to Peko-chan was put up in Ginza. 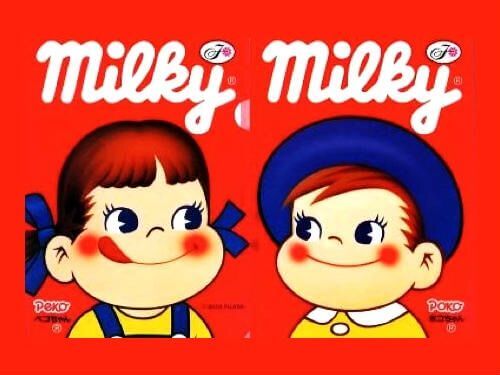 There are some scary urban legends that circulate regarding Peko and Poko, including one that presumes that these two are actually modelled after real children with a dark history. 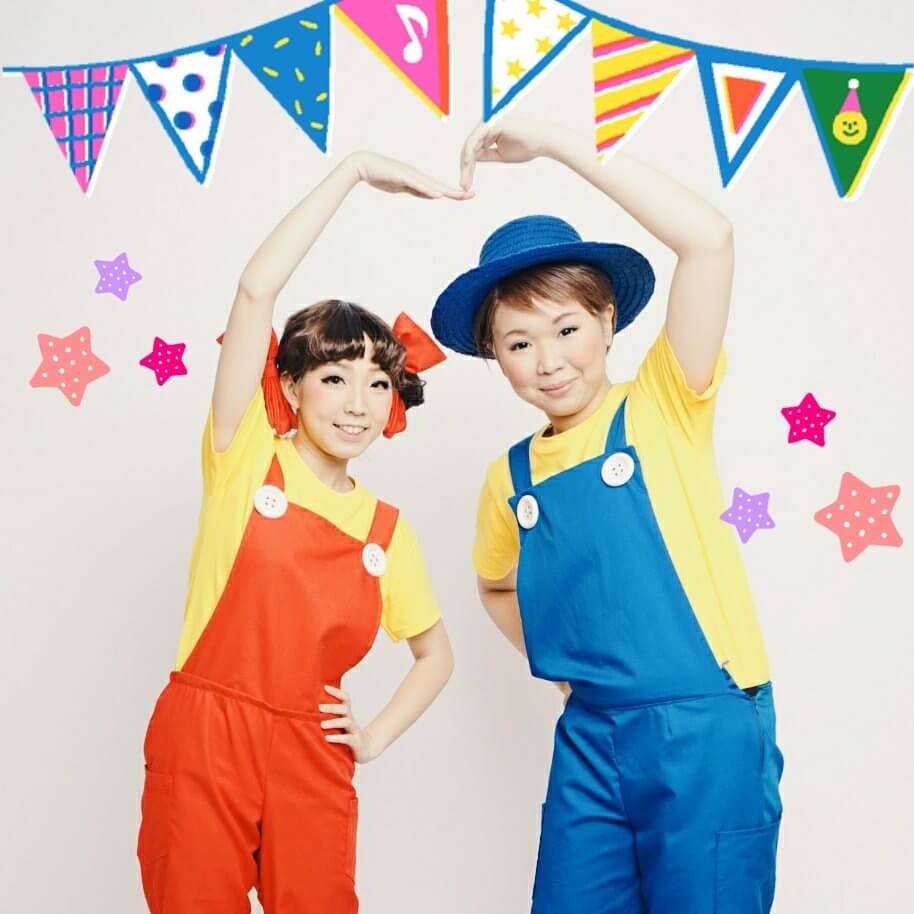 Happy Turn is a light and crispy senbei (rice cracker) and you'll find it in our current Ramen + Sweets Mix Pack! It was first released in 1976 and has been loved ever since! Originally, if customer wasn't happy then they could return the product, hence the name Happy Turn. 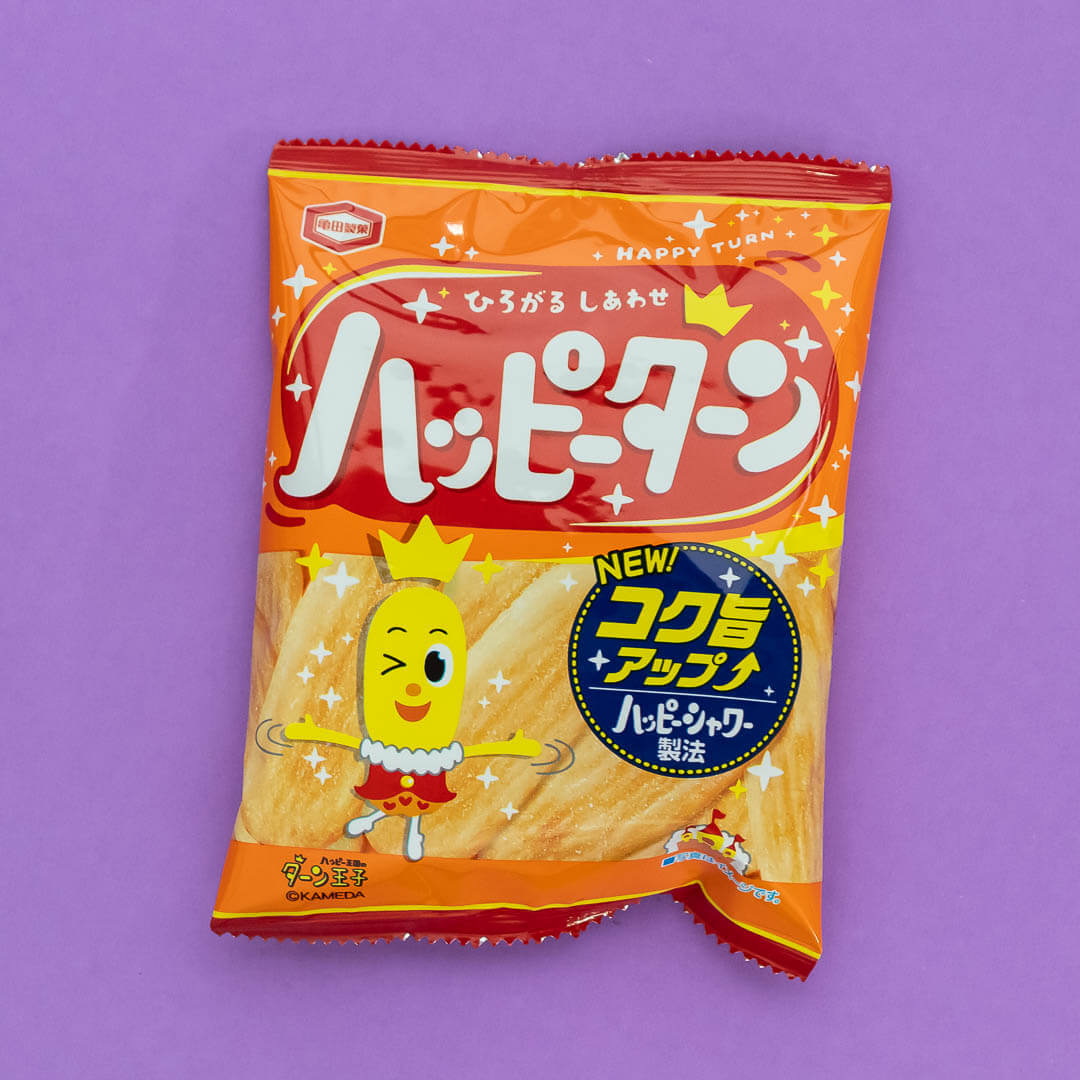 The cute mascot of Happy Turn has been called Happy-chan, Hapitan and is now known as Happy Kingdom Turn Prince! Even though he's little (about the size of a mug), his mission is to make everyone around him happy and extend the territory of his happy kingdom.

He carries a special bag of "happy powder" (the same delicious seasoning used on the Happy Turn senbei) with him to give to anyone that needs it. His hobby is boomerang yoyo and his special skill is ballroom dancing (very fitting for a Prince)!

Calbee has many iconic snacks, including Jagariko, Jagabee and their various flavors of chips. In fact, Calbee is so well-known for their potato products that the name is practically synonymous with potato chips.

Calbee is constantly releasing limited edition or seasonal chip flavors, including the recently released 47 different flavors of potato chips for their Love Japan program, each representing a different prefecture of Japan! 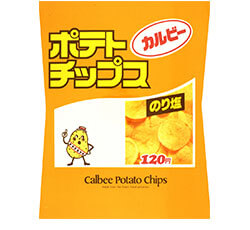 Of course, on every bag of Calbee potato chips there is the Potato Boy, who has appeared on various Calbee chip flavors dating all the way back to 1976! This round potato with arms, legs, and a hat (as well as a sash that says POTATO) is the most well known character to appear on Calbee products. 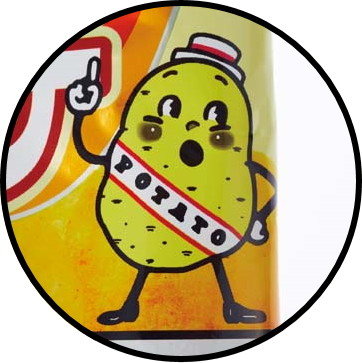 Calbee also has other mascots, such as Potta the Potato Fairy for their Jagabee products, and the giraffe who appears on the Jagariko packaging.

How hot do you like your snacks? We know a lot of you have quite the palate for spicy foods! One of our favorites is Tohato’s Bokun Habanero spicy potato rings. 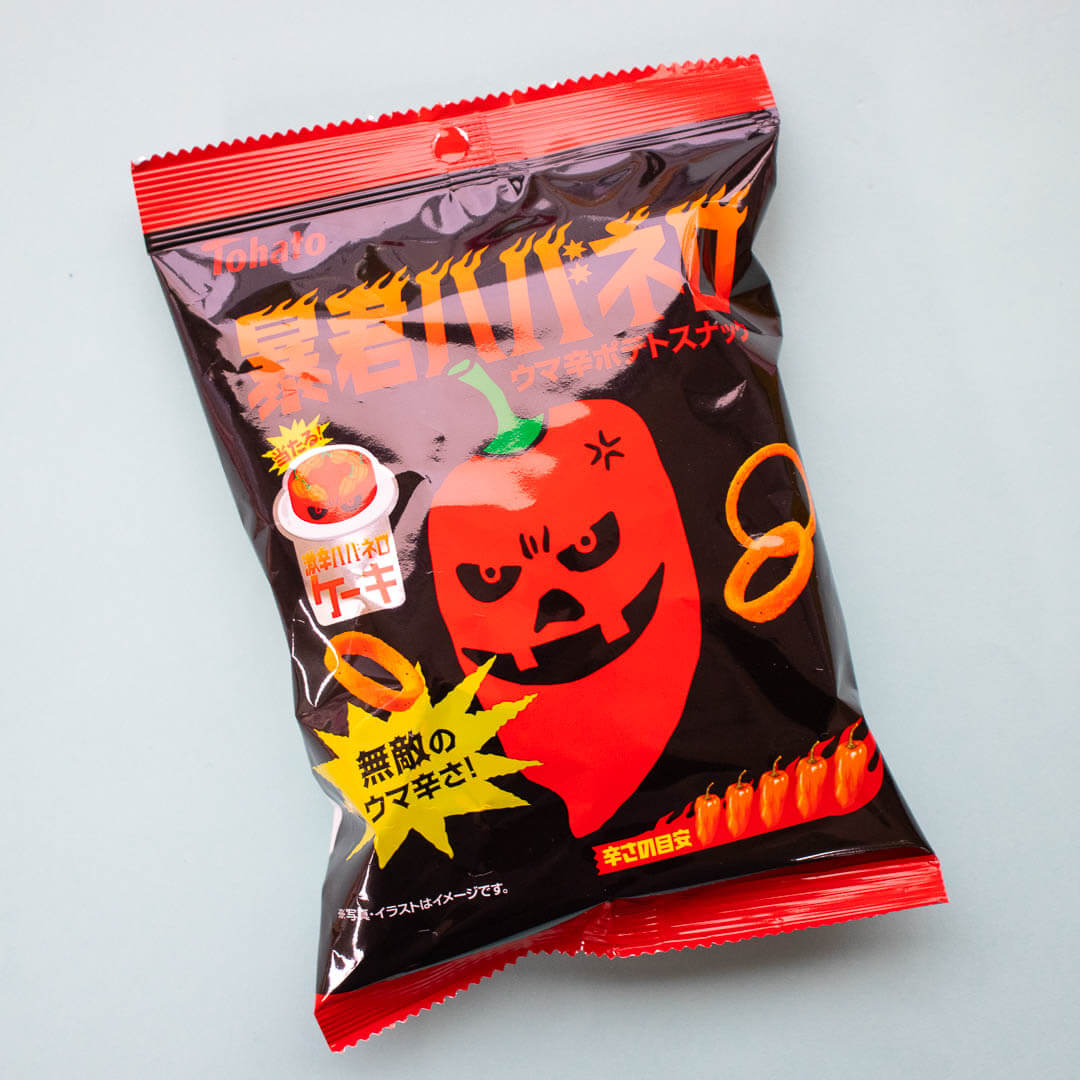 These spicy rings feature a rather frightening looking chili pepper as their mascot of the same name. His name translates to “Tyrant Habanero.” Other versions of the snack also feature his younger sister, and a version of himself in his younger days.

However, a meme on one Japanese internet bulletin board sparked the creation of an unofficial, fan-made mascot: Habanero-tan. A girl designed as an anthropomorphic habanero pepper, she had her own 4-koma (4-panel) comic strip about her misadventures with her friends (who are also named after spices!) Habanero-tan may not be official, but she was popular enough to make a cameo in Netrun-mon the Movie (2004) and has a couple of garage kit model figures available from private creators.

Are there any other food mascots you’ve seen before?

Subscribe to any of our subscription boxes - Ramen, Sweets, Ramen + Sweets Mix or Stationery - to discover more cute Japanese mascots. 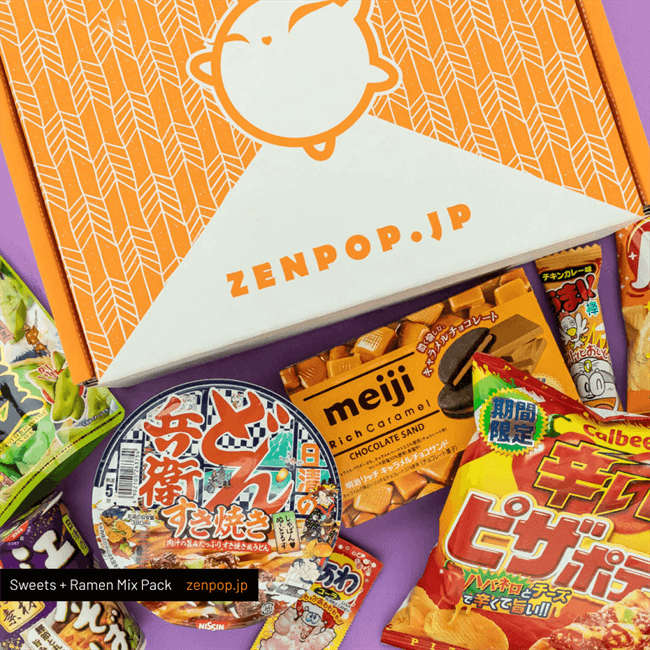