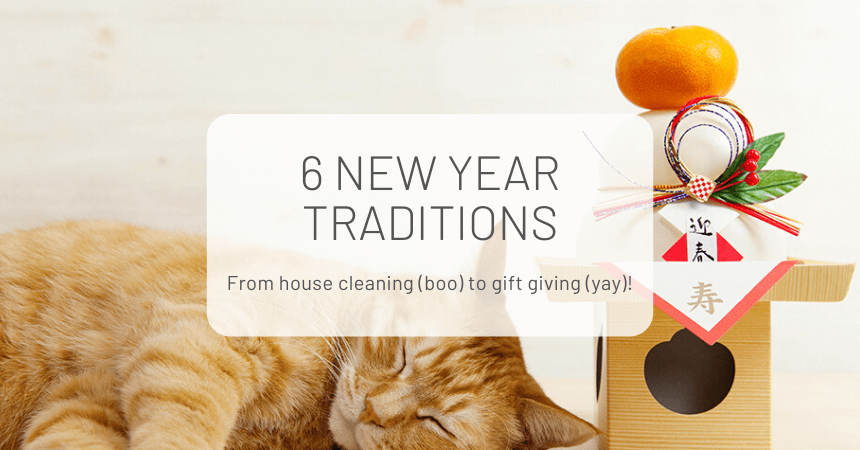 The Japanese New Year (Shōgatsu / 正月) is the most important event on the calendar.

The holiday, from the 28th December to 2nd January, has many traditions and customs - from house cleaning to gift giving to spiritual events - and is a very busy time of year.

However, it is also a time for a very good rest! 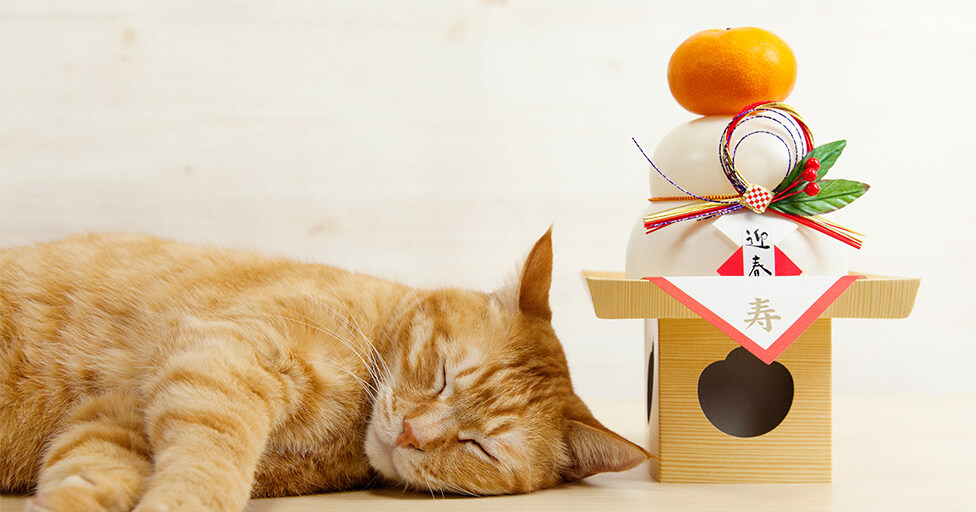 However, before and after resting, there are some important traditions and customs that most Japanese still observe.

This custom is a very nice way to say ‘Hello’ to people you haven’t talked to for some time, and to show that you still remember and care for them.

If the nengajo are mailed between the 15th and 25th December, then the post office sets them aside to deliver on New Year’s Day. This means that the new year holiday is the busiest time of the year for postal workers...otsukaresama desu (thank you for your hard work!) 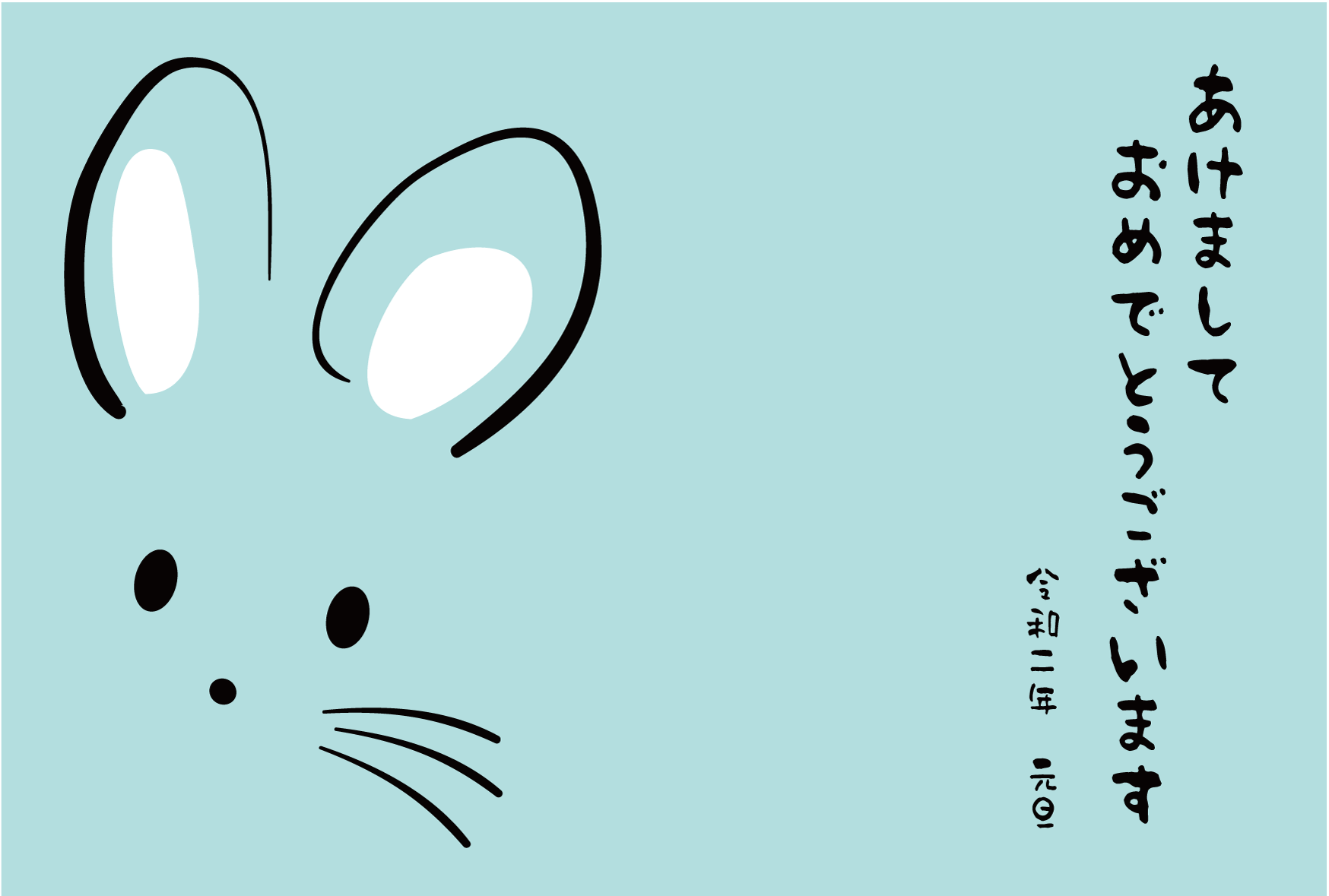 On average, a Japanese person may send 25 nengajo, although we have heard reports of up to 300 cards sent! These days, young people tend to exchange new year’s greetings through the messaging app, Line.

On each postcard is a unique number which goes into the new year lottery. This year’s prizes include tickets to the Tokyo Olympics or a 300,000 JPY (2,737 USD) cash prize.

Onenga or end of year gifts are given to thank a person for their support over the past year and into the next and are presented with the phrase “Kotoshi mo douzo yoroshiku onegaishimasu.” 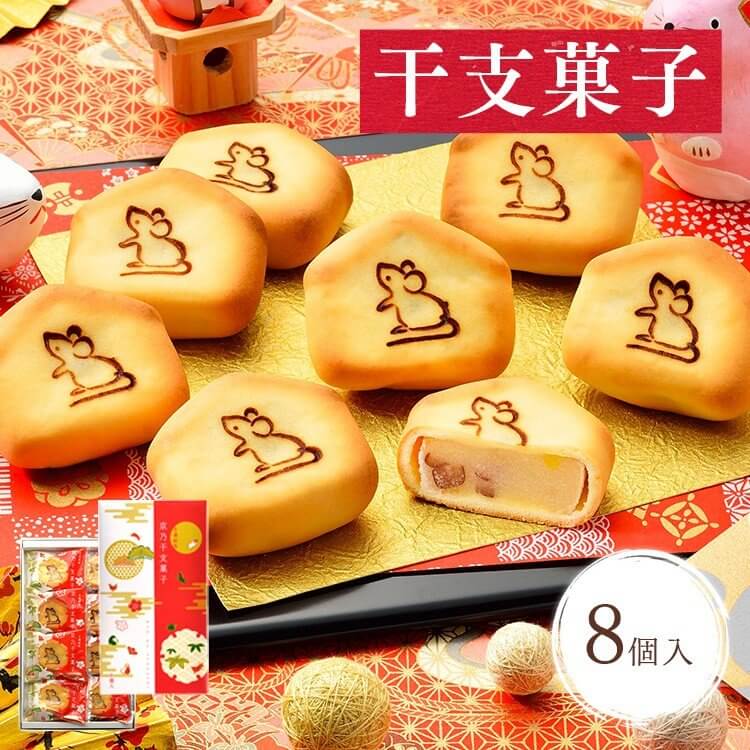 Department stores offer countless options for a beautiful omiyage (souvenirs) - snacks, sweets and liquor are popular choices. Usually 1,000 to 3,000 JPY is spent, definitely no more than 5,000 JPY. As 2020 is the Year of the Rat (from the 12 zodiac animals), many of the gifts are decorated with small and cute rodents. 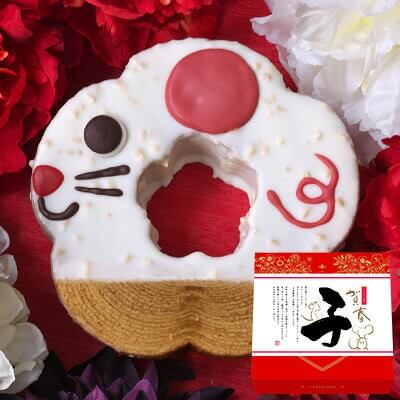 Otoshidama is another Japanese tradition of giving - but this time, children are the lucky recipients!

Adults, usually grandparents, parents, uncles and aunties, give money to the children in their family.

Otoshidama is presented in a beautiful envelope, like what we include in our New Year Greetings Stationery Pack and received on the 1st to the 3rd of January. 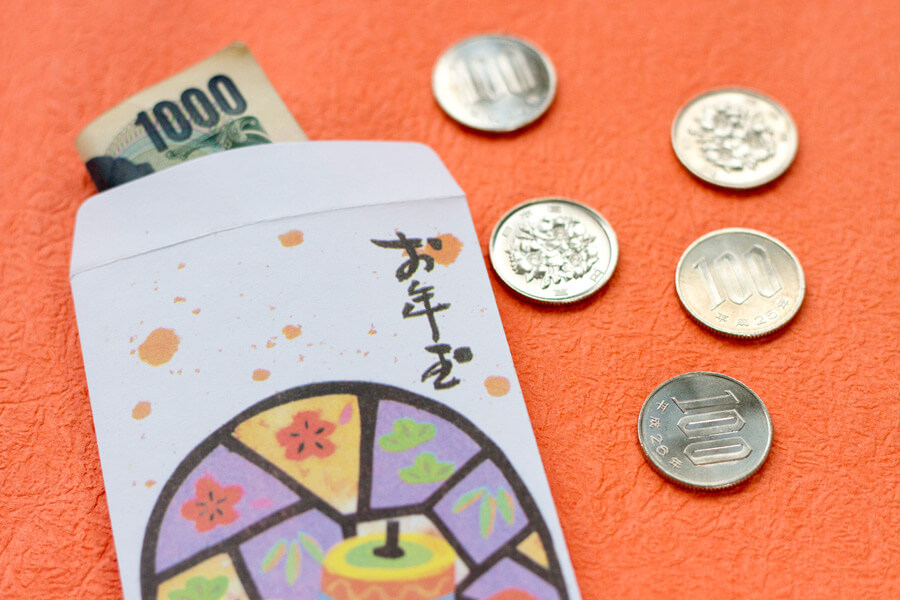 The amount varies from 2,000 JPY (18 USD) for an elementary school child to 5,000 JPY or more for older children. Importantly, you must give a brand new note, straight from the bank!

Simple but delicious, toshikoshi soba noodles are eaten on New Year’s Eve to welcome the start of the new year in good health.

The word toshikoshi means to climb or jump from the old to the new year.

The buckwheat soba noodles are served in a hot broth of dashi (a Japanese stock, typically made from dried kelp or dried and smoked fish), topped with scallions. It’s as simple as that! 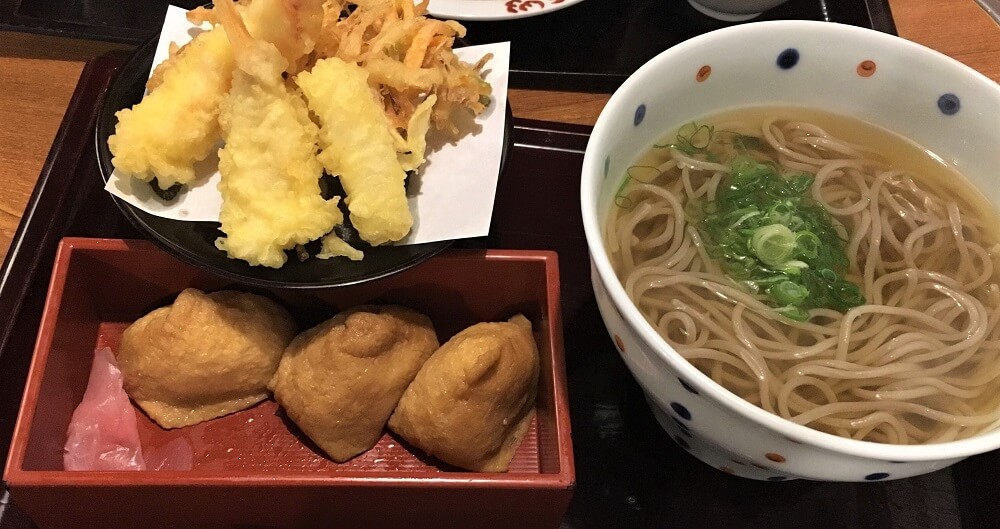 Once the new year begins it is celebrated by eating decadent and beautifully-presented osechi ryori (Japanese New Year Food). Preparations for osechi ryori begins days, if not weeks, before the 1st January and it is considered the most important meal of the year! 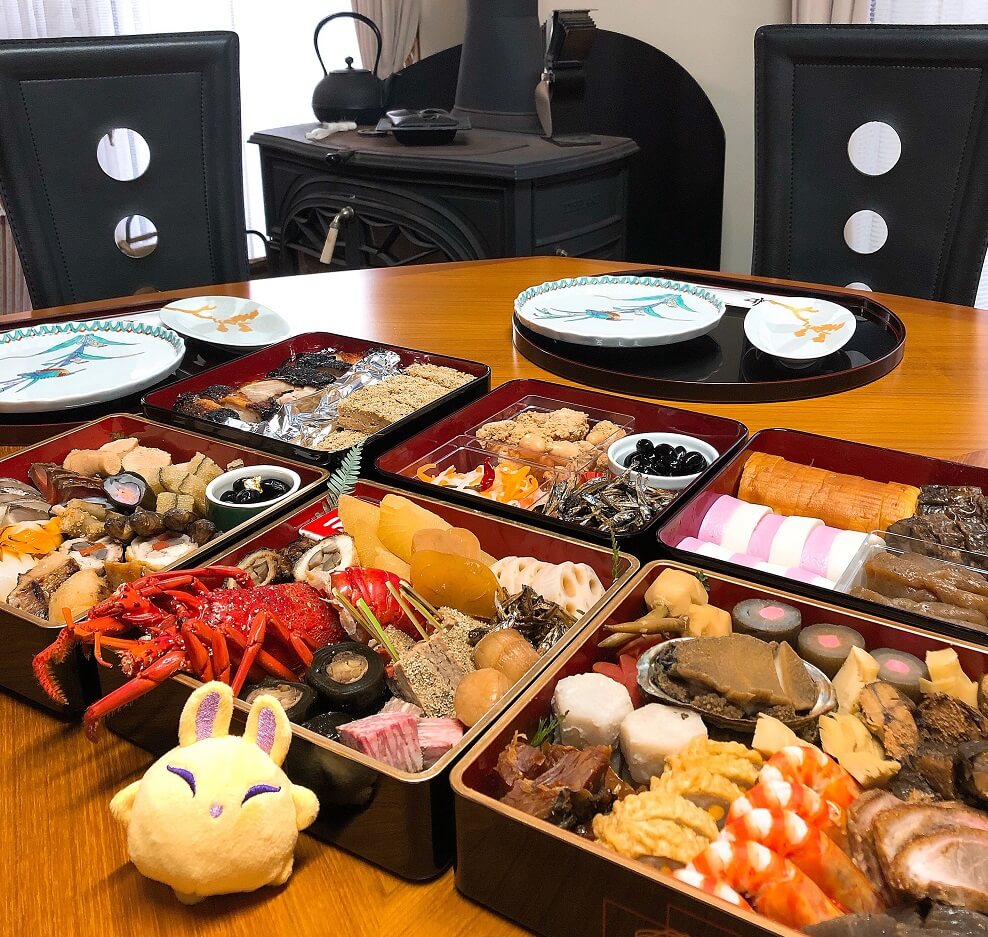 This tradition celebrates the first shrine or temple visit of the New Year and is a very significant event in Japan.

Many families will travel together to their shrine to wish “the new year is a good year”, purchase new omamori (charms or amulets) and return old charms. 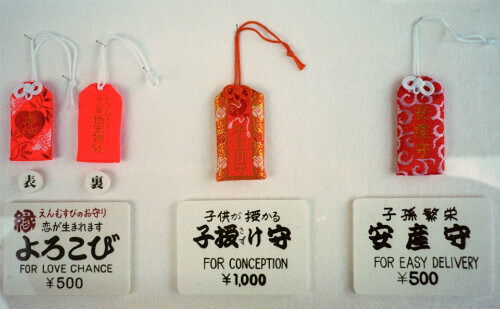 Omikuji or random fortunes provide a detailed prediction of your luck in the new year - if it is bad, it is tied onto a tree on the shrine grounds in the hope it will not come true.

Some shrines and temples in Tokyo, Kyoto, Osaka and Nara have millions of visitors over the first three days of the new year, and there are often long lines at major shrines throughout Japan.

All across Japan, Buddhist temples will ring the temple bells 108 times, once for each of the worldly desires or anxieties central to Buddhism, on New Year's Eve.

Instead of spring cleaning, the Japanese perform end of year deep-cleaning to prepare their home to welcome the new year fresh and clean.

Usually, cleaning starts from around the 28th of December as a new year tradition. The whole family works together to give the house a deep clean, focusing on areas that were neglected during the year.

This new year tradition extends outside the home, as many schools will also perform oosouji at the end of the school year. 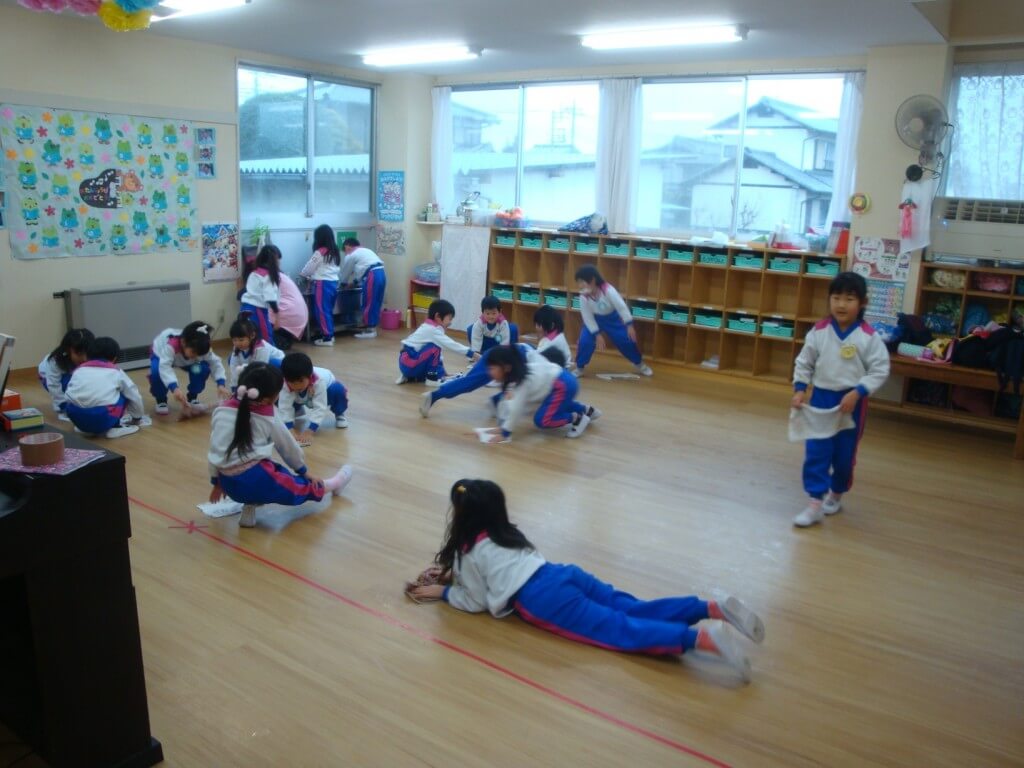 School children cleaning their classroom at the end of the year. Source: realestate.co.jp

Cleaning is very closely tied with Buddhism and it is said that some monks reached enlightenment through the daily ritual of sweeping.

While less spiritual, this custom is equally important (for the bargain shoppers!)

Fukubukuro, which translates as Lucky Bag, are grab bags filled with random goodies and sold at a big discount. They usually go on sale from the 1st January, although stores have been starting to sell them earlier.

We love the concept of Fukubukuro - it’s what inspired the launch of ZenPop!

Check out ZenPop’s four monthly ‘fukubukuro’ or subscription boxes and pre-order a surprise delivery for the new year. February’s pack themes are: