We've all seen the attractive packed meals that's usually pulled out for lunch in Japanese movies. They're so popular that there's an anime called "Bento". Take-outs or home-packed meals are eaten as bento in Japan, usually during lunch. Aside from Japan, nations like China, Korea, and Singapore.

Rice is a staple meal in all the latter countries, and almost all bentos have them. A typical bento is a boxed meal that frequently includes rice or noodles, fish or meat, and pickled or cooked vegetables. In order to keep the strong flavors from impacting the remainder of the meal, dividers are frequently used to separate the dishes or ingredients. There are cool boxes that are used specially for bento but some people also use sushi grass as a divider too. Bento are widely available throughout Japan, including in convenience stores. That heavily depends on the meals included in the box. Typically, food with strong flavors that can be appreciated even without heating is used for bento. The texture and aroma of the meals are usually all different so people can eat them individually or mix them. You get nutty, salty, crispy and spicy meals in a bento box.

How to make Japanese Bento

Bento is usually created according to the individual. A mother can make different bento boxes for each child according to what they like. You can even make your bento box completely vegan if you want to. It is adaptable.

As you gain experience, start with a simple bento and work your way up. To make a simple Bento, start with a rolled egg known as tamagoyaki. Cut it into circular pieces. Next, make a simple salad with Cabbage, carrots, soy sauce and sesame oil. Boil protein like meat or salmon as well. Finally, cook some rice and assemble these meals in a bento box. There you have it, a simple bento.

Before sealing the bento, allow the rice (or any other hot items) to cool entirely. If not, the steam will condense inside the box, resulting in mushy food. Try seasoning the rice with your own homemade seasonings or small pre-made packets called furikake, which are available at Asian markets and come in a range of flavors.

When Was Japanese Bento Invented?

Bento has a long history in Japan, but the term was coined in the 16th century by "Oda Nobunaga" who fed the people in his castle by having food handed to them individually. Additionally, people working in fields or boats at that time would pack lunches to eat at lunch because they could not afford to go home to eat and get back to work. These boxes would include rice, millet or potatoes. Furthermore, during the Edo period, bento became a necessity for outings. People would take these boxes with them to plays to eat snacks "while the curtain closed". This is the meaning of makunouchi which is the traditional style of bento in Japan.

What is in a Japanese Bento?

There are some traditional ingredients that you will find in bento boxes. You'll find cooked rice, an omelet, edamame and salad. Other ingredients include: meat, fish, seafood (karaage), tofu, eggs, vegetables (green beans, mushrooms, and blanched broccoli), cilantro, and carrots. Another cool thing is that a bento box contains a balanced diet with all types of food so it is super healthy.

These are popularly purchased in convenience stores, supermarkets, and department stores. The box has a rice dish on one side and a few small side dishes like umeboshi, rolled egg, and salmon on the other. The Japanese white flag with the red disc is known collectively as the “circle of the sun" or hinomaru. A single red umeboshi (pickled plum), which stands for the sun, is placed on top of white rice, which, like the flag, is known as the hinomaru bento. There is no sometimes no other side dish. The plum also keeps the rice fresh. The aisai bento is prepared by women. Either as a mother for her husband to be taken to work or as a young woman in a relationship for her spouse. It is usually made during the hanami season. And there can be secret messages written or cute heart shapes to show affection. Eki (train station) and bento give the name Ekiben. These premium lunchboxes can be purchased on the platform and within the trains at major railway stations. The ekiben is a whole meal provided with a set of disposable chopsticks in a box made of plastic, wood, or porcelain. The lunchbox usually contains local or regional dishes so you may find different dishes in different train stations. Some stations have gained national acclaim for the excellence of their bento boxes. Known also as "character bento," kyaraben are lunch boxes that are typically created for children and have rice that has been shaped and designed to resemble well-known figures from anime, manga, or video games. The charming characters help to persuade kids to eat things they don't particularly appreciate in addition to providing some color to the typical lunchbox. Nowadays, there are competitions dedicated to creating the best kyaraben. Let's talk about the actual boxes these meals are served in. 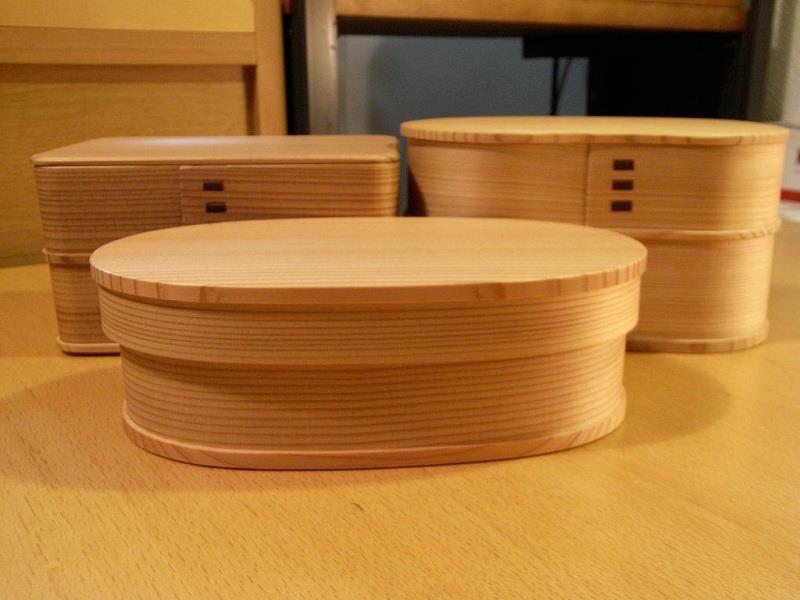 How Long Do Japanese Bento Last and How Do You Store Them?

If you do not have enough time to make it in the morning, you can prepare the bento the night before and keep it chilled until lunchtime. Use a microwave to warm the bento just before lunch. Pack some food that can be kept chilled throughout the day and still be enjoyable at a cool temperature if there is no way to reheat it.

A: this completely depends on what is included in the bento. Most of the time, it is a balanced diet and very nutritious.

Q: Why is it referred to as a Bento box?

A: The Japanese word for lunchbox is bento.