Summer is the most energetic season in Japan and there are many summer festivals (matsuri) all over the country to enjoy.

Every town, city and prefecture has its own festival, so that means there are hundreds, if not thousands, all across the country!

But this time, we'll introduce you to 5 famous summer festivals that you can visit when you have the chance.

Nebuta festival is held at Aomori prefecture, in northern Japan. It features gigantic floats called “Nebuta” which parade through the town during the festival. 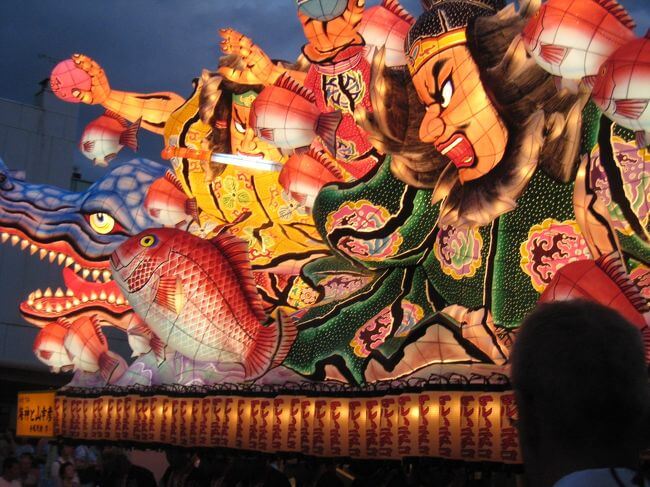 This gigantic floats are representations of historical figures or Kabuki characters and are mostly made of wood, wire and paper.

A troupe of local performers and tourists follow the floats, dancing to traditional Japanese music.

On the final day of this festival, the three best floats will chosen, and millions of visitors will be impressed by the final firework performance. 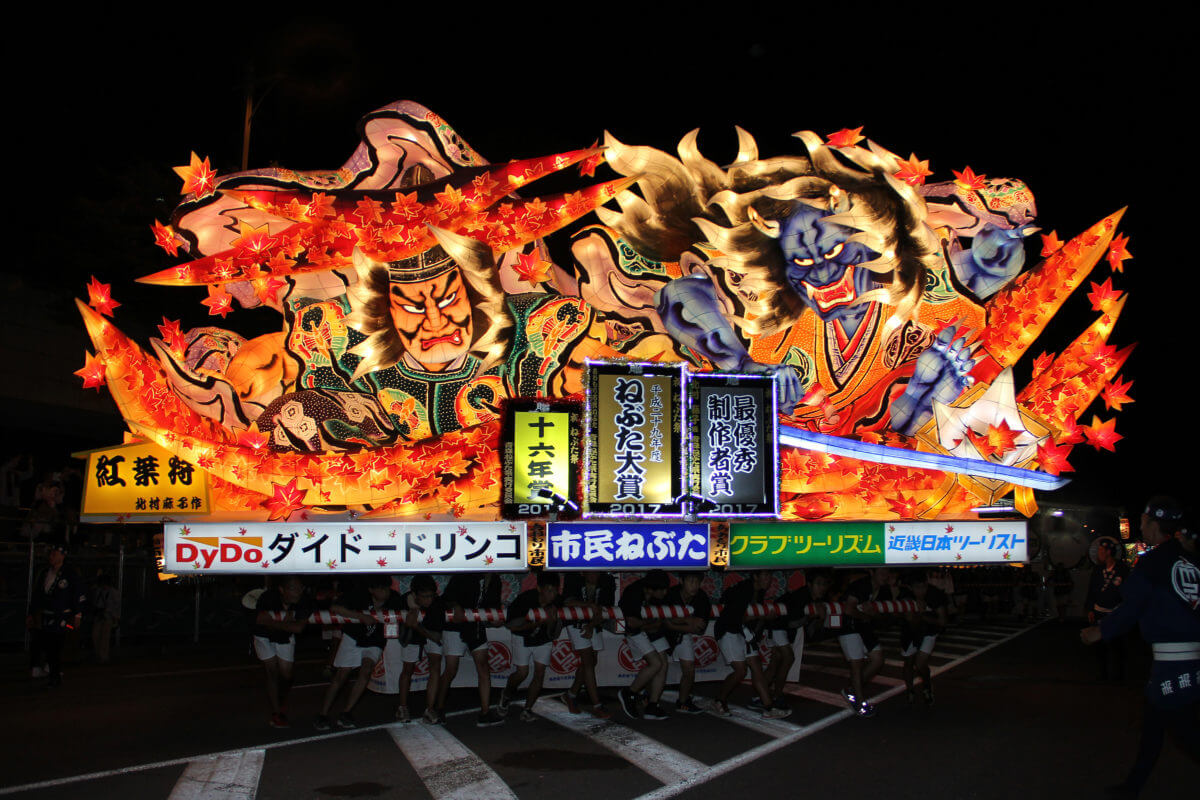 The Fukagawa Hachiman Festival is held annually in mid-August by the Tomioka Hachiman Shrine, in Tokyo and is one of three major festival of Edo.

It is said the festival originated to celebrate Ietsuna Tokunaga’s succession to the Shogun in 1642.

Another characteristic of the Fukagawa Hachiman Festival is that spectators throw water at the mikoshi (portable shrine) carriers, which gave the festival its nickname, “Water Throwing Festival”. 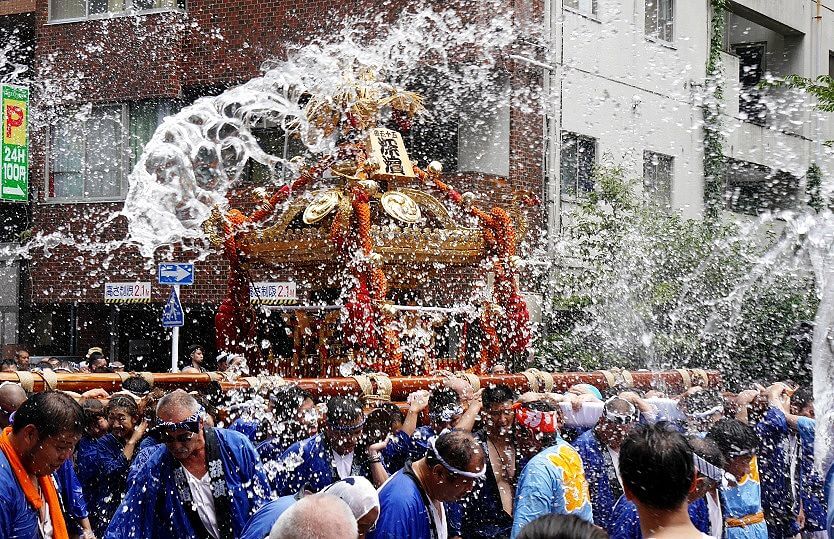 Awa Odori (dance) is one of the Obon dances - an annual Buddhist event for commemorating one's ancestors.

The festival originated in Tokushima prefecture and it has about 400 years of history!

The reason why the Obon-dance in Tokushima is called Awa Dance is because Tokushima was called “Awa” during the Edo era.

Tokushima Awa Odori is held during Obon, in the middle of August, and is the biggest Awa dance festival in Tokushima city.

During the period of the festival, you can see hundreds of people dancing Awa everywhere in Tokushima city.

The scene which many people dancing Awa dance at the same time is overwhelming! 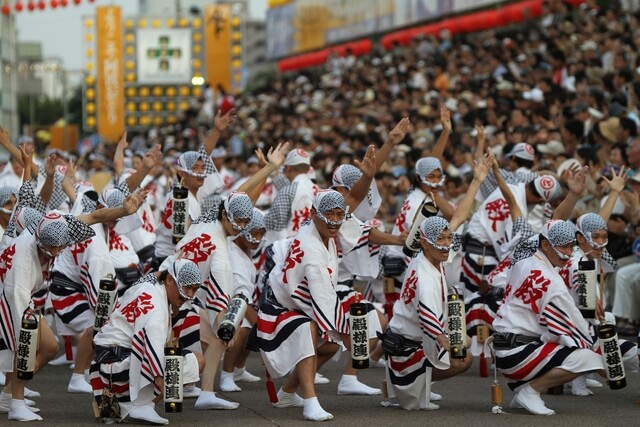 Gion Festival is held at Yasaka shrine in Kyoto in July. It is well know because of its long history, grandness and luxury.

The highlights of the festival are the parade of decorated festive floats over 6-meters tall, playing music from their upper floors, and also the festivities during the evenings before the parade.

These floats are so gorgeous that they are sometimes even described as "mobile art museums." 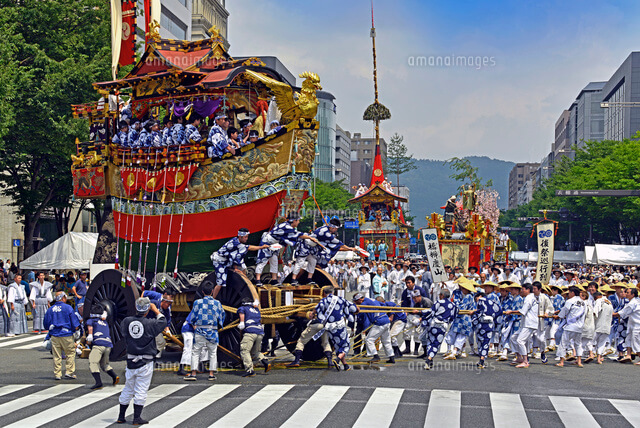 Last year, the Ato-Matsuri Hanagasa Junko, the parade by Maiko dancers was cancelled due to the unexpected heatwave.

Kyoto tends to be very hot in the summer, as it is located in a basin, so please be sure to protect yourself against hot weather when you go summer festivals!

Tenjin Festival is the biggest summer festival in Osaka with 1.3 million people attending each year.

This festival is held on 24th and 25th of July at Osaka Tenmangu (大阪天満宮) wich is located in Osaka city.

It is held to show the prosperity of Osaka city to divine spirit and pray for further prosperity. The most famous part of Tenjin festival is Rikutogyo (陸渡御) and Hunatogyo (船渡御). 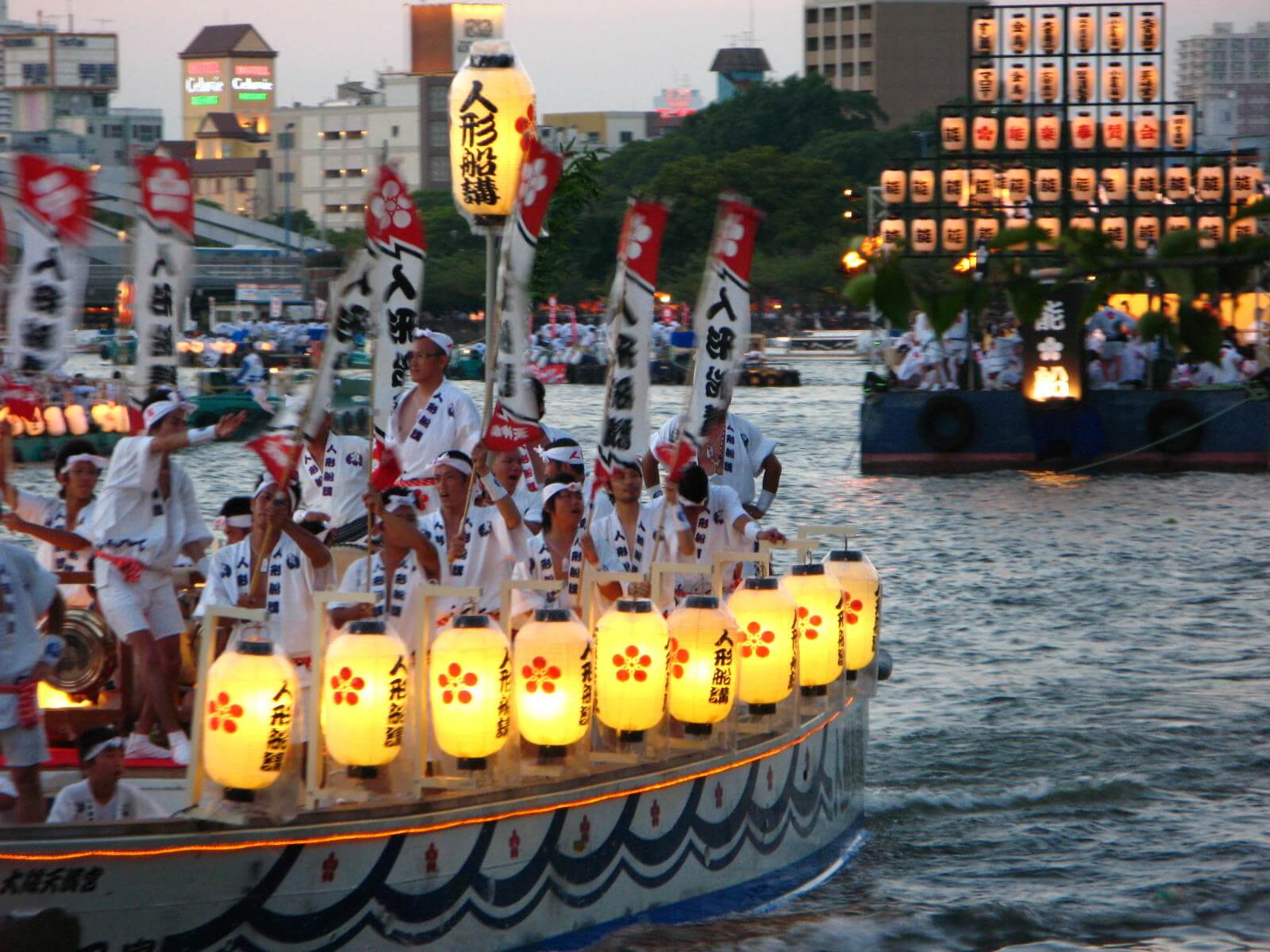 As you now know, each Japanese festival has it's own unique features and atmosphere.

In other words, no Japanese festival is exactly the same as another! So it might be great if you can join as many festivals as you can and find out your favorite festival!

Check out our August Summer Festival Stationery Pack to see all the joys and beauty of the matsuri!