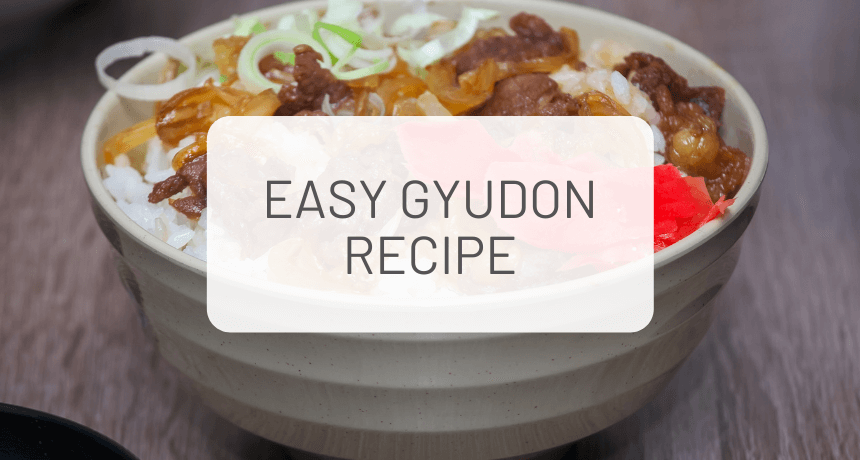 Here we go for a new addition to ZenPop’s recipe suggestions: Gyudon! Have you heard of this Japanese comfort food before?

Gyudon (牛丼) has been part of Japanese cuisine for over 150 years, and is a very simple to prepare Japanese beef bowl with thinly sliced beef simmered with tender onions, savory-sweet sauce, and egg. Of course, every family in Japan might have its own go to spices to make it more unique, but we’re going to cover a very easy gyudon recipe here.

You might have also seen the Japanese salarymen lining up outside Gyudon restaurants like Nakau, Matsuya, Yoshinoya or Sukiya to get their quick, satisfying and nutritious meal. Some of you might have even tried it while on a journey to Japan, or in a restaurant overseas. But before I tell you how to make it yourself, here are a few things you should know! 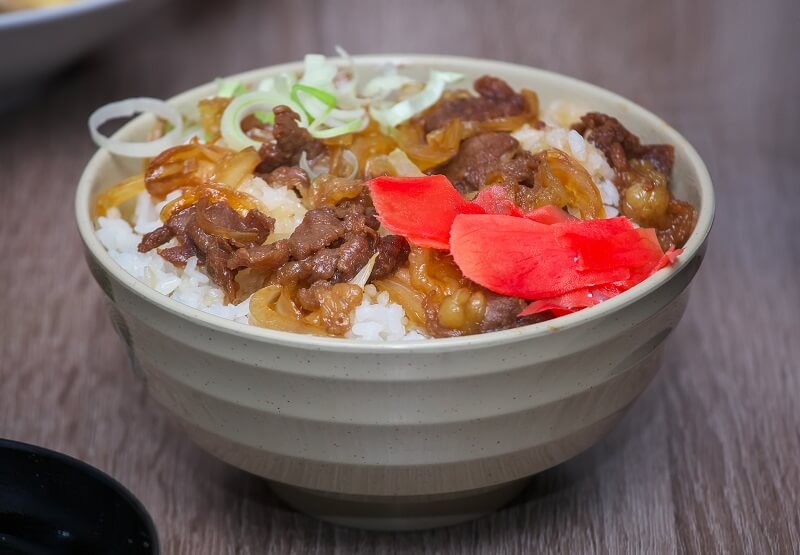 Essentially, it’s a donburi (丼), a bowl of warm steamed rice covered with some well seasoned ingredients. “Gyu” (牛) means “beef” and “Don” (丼) is a special type of bowls used for donburi dishes.
It's usually made with ribeye or chuck that's been cute extra thin with a meat slicer. You should be able to find the right meat in most supermarkets; Asian food specialty market might have more choice! If you can’t find it, try to cut it yourself at home.
Here in Japan, gyudon is sometimes served with a raw egg yolk or a poached egg (Onsen Tamago) gently put on top of the beef. You should then break the yolk with your chopsticks and mix it well to add extra flavor to your dish! Outside of Japan, it might not be recommended to eat raw eggs, and the poached egg option might be better.

History of the Japanese beef bowl

As I mentioned before, Gyudon is over 150 years old. The dish derived from a popular beef hot pot shid called Gyunabe (牛鍋) from the Meiji Era (1868-1912). It was forbidden to eat beef until then, mainly for religious reasons. Eating meat in general was against the Buddhist philosophies that governed the country, and Japanese people were mostly eating fish.

But after western culture arrived and took hold in the 19th century, everything changed, for Japanese cuisine too. Beef stew quickly became a hit. The left overs from this Gyunabe were then often poured over rice to make a second meal out of it, and this was then called “gyumeshi” (牛飯), or beef with rice, and became the first variation of Gyudon.

The actual name however, was given by Eikichi Matsuda in the late 1800s. He was the owner of a popular beef bowl chain in Tokyo. You may have heard of it: Yoshinoya. So let’s get down to it, here’s what you need for your beef bowl. 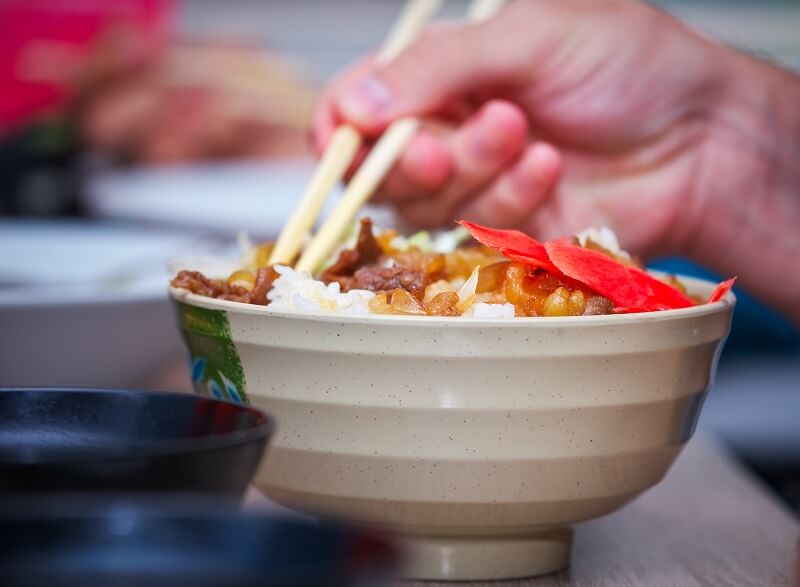 Pro-tip: Remove the foam frequently when cooking to avoid the beef to become bitter 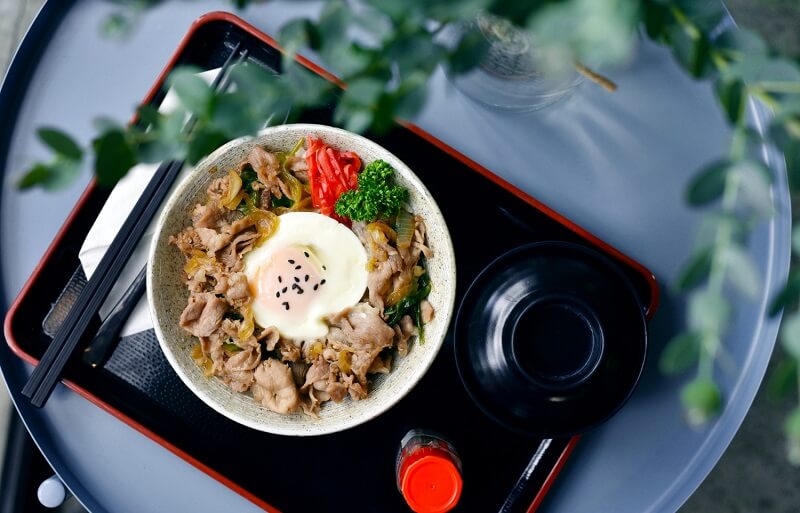 There you go! Ready to make your own bowl of Gyudon. Itadakimasu!