What is the difference between Udon and Soba?

Noodles are just one of those types of foods that are loved almost everywhere in the world, from Africa to America or Europe and especially Asia. Noodles have been a favorite food of many people for a long time, and there are many types out there, but the one place you would find the greatest, tastiest, and a most amazing variety of noodles is in Japan. However, even in Japan there are several varieties of noodles including Udon and Soba. In this article, we will cover the differences between these two types of noodles. 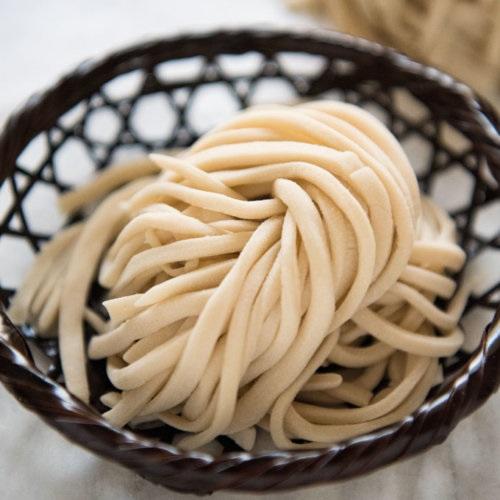 The origin of Udon in Japan is contradictory. However, many believe it came from China during the Kamakura era (the 12th century to the beginning of the 14th century). Udon is a type of thick Japanese noodle that can be made and served in multiple ways. It is made from wheat flour and often served in hot soup, with a mild broth and other common toppings such as tempura, spring onion, bonito flakes, spicy chili peppers, and scallions. Udon is light enough to make it perfect for basically anything, lunch, dinner, or appetizer.

Udon, like most other noodles, is great if you’re a slurper! But it’s better to take your time to enjoy the delicate flavors every once in a while. What makes Udon special is how easily it absorbs ingredients. This means that the flavor will definitely be strong when you make it correctly. You can take as much time as you want to make Udon or it can be a quick meal. The amount of time you spend making it really depends on the toppings that you’re planning to add to it.

Udon is a very healthy meal, and it absorbs more water, which makes it swell. It is easier to digest and has fewer calories, which is great news for people who want to lose weight. Nevertheless, Japanese Udon is not gluten-free, but they are vegan and usually dairy free.

There are many Udon types that can be categorized according to location or the way it is made. This is a stir-fried udon noodle made with only five ingredients, along with an assortment of vegetables. The recipe includes ground chicken, and you could also use beef or pork. Sauces like soy sauce and mirin are added. Yaki udon will retain that chewy thick texture depending on how you cook it and it is super easy to make, it literally takes minutes. 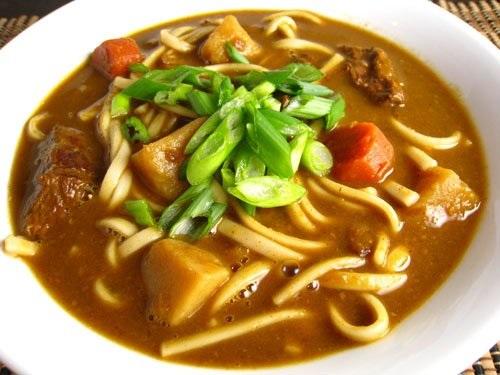 This is also known as curry udon. As the name implies, it is a combination of udon and Japanese curry soup. Japanese curry is important if you want to get the taste right. There are quite a number of toppings that you can add to make it perfect. You do not need to make curry from scratch, if you have leftover curry then you can get this Udon ready in minutes. 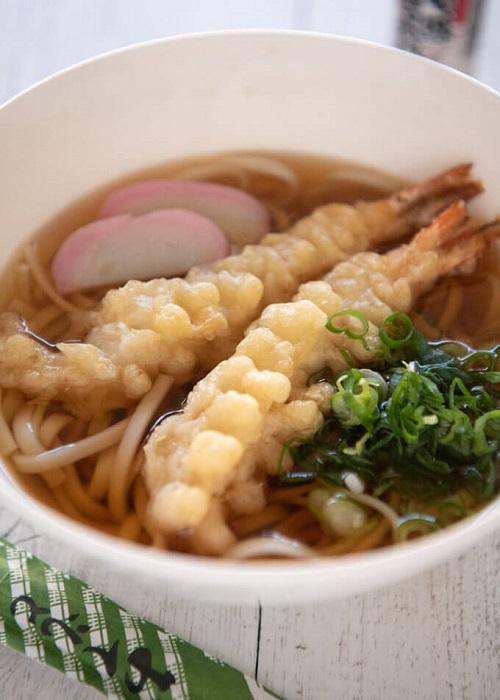 This is simply Udon topped with seafood or tempura, like prawns and vegetables. The broth is salty, thick and great for slurping.

Did you know that you can get Japanese ramen delivered to your doorstep by ordering our Zenpop Ramen pack? Click here for awesome monthly deals. Soba is a type of thin noodle made from buckwheat, it is about as thick as a portion of spaghetti and can be prepared with either hot or cold dishes. They’re quite popular around the world, and there’s a high chance you would find them available in dried form in multiple supermarkets near you. Noodles made from buckwheat can be quite brittle, so restaurants often add whole-wheat flour to it to counter the brittleness, or else the Soba would simply deteriorate during the cooking process.

Despite the name, buckwheat isn’t really a type of wheat, so it is actually gluten-free. Furthermore, soba noodles contain “Rutin,” a type of vitamin that is very healthy and helps to prevent certain lifestyle diseases. It is highly recommended for people with high blood pressure. 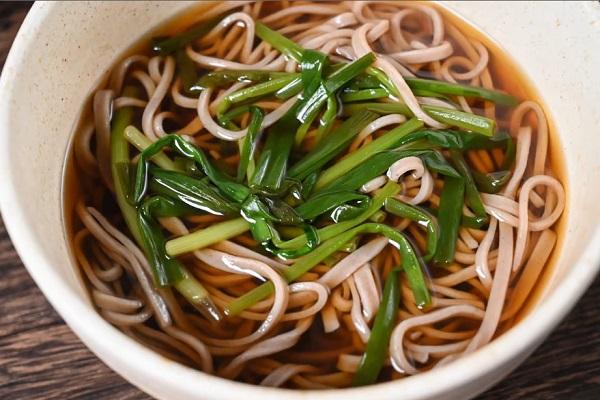 This is simply Soba that is served hot in broth seasoned with onions. It is super easy to make and one of the reasons why it is a favorite is the fact that the noodles and the sauce are combined together and can be slurped quickly if you’re in a hurry and you need to get up and go! Mori soba is a traditional Japanese noodle that has been chilled after being boiled. The cold noodles are a favorite during the hot summer, and they’re served on bamboo baskets or steamers so that the moisture can drip away. This is very similar to kitsune noodles, and some claim the former was named after the latter. Tanuki soba is made with kitsune soba toppings and seasoned with fried tofu.

Differences Between Soba and Udon

Though Soba and Udon are some of the most popular Japanese noodles amongst people visiting Japan, they get mistaken frequently by strangers or tourists due to the two similarities. They differ in a variety of ways, from what they are made of to how they are prepared, served, and eaten. They aren’t different just in name alone.

Now you know some of the different varieties of noodles in Japan, so don’t be afraid to ask for whichever one suits your needs! 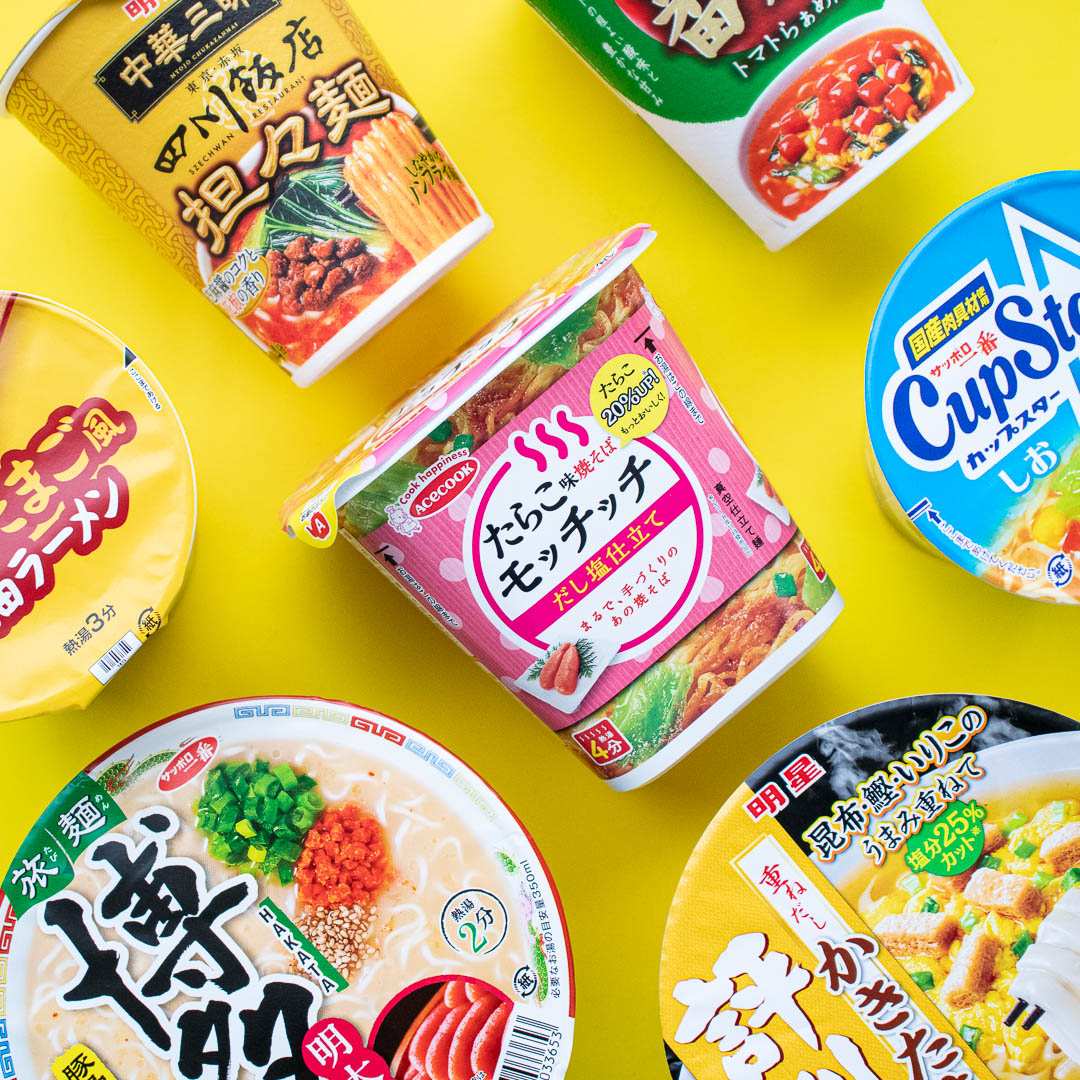 Which Japanese noodles are vegetarian? 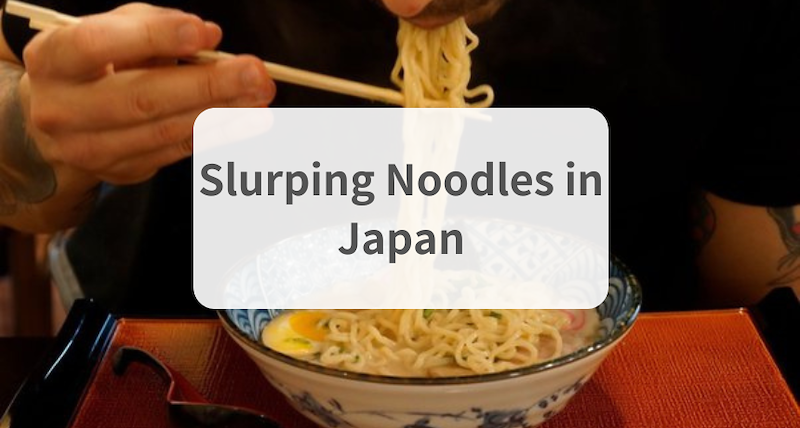 Why do people slurp noodles in Japan?