We all eat sugar every day, and we've been told more than enough times that too much sugar is unhealthy. But what if there was a healthier alternative? Kokuto, Japanese black sugar from Okinawa may just been Japan's solution to the problem we've all been looking to solve.

Is it as healthy as people claim? How is it actually made, and why is it different from regular brown sugar? In this article we'll answer all your questions and more.

What does “Kokuto” mean? It's still difficult to translate kokuto into English. The name "kokuto," which is made up of two kanji (黒糖), literally translates to "black sugar." However, the Japanese word for "black" (黒) can also signify dark, deep, or rich in addition to hue.

This is why when you hear this term in Japanese, you might picture a thick, dark syrup that is more brown than black. However, the common baking ingredient already has the name "brown sugar" in English.

This explains why this Okinawan delicacy (沖縄黒糖, Okinawa Kokuto) has so many various English names, such as muscovado, crushed black sugar, and refined brown sugar.

The History of Kokuto 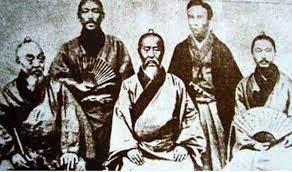 The history of kokuto begins in the 17th century in the Okinawa region of Japan, called Ryukyu Kingdom at the time, which is near Taiwan. Shinjo Gima, one of the "Five Great Men of Okinawa," visited China and studied all there was to know about manufacturing sugar. He then brought this knowledge back to Okinawa.

The Okinawan people, known for their longevity and leisurely pace of life, adopted his technique and began to slowly cook the sugar cane that was grown organically on the islands without adding anything or taking anything away.

Due to the lengthy slow cooking process, it keeps the original molasses as well as a distinctive, rich, smoky flavor, unlike conventional white sugar or some other cane sugars.

There are slightly different types of Kokuto, and depending on which island it is produced on, the taste may vary.

How is Kokuto made? The tall and robust sugarcane species Saccharum officinarum is used to make brown sugar. Farmers prune and examine each sugarcane individually with a sickle before pressing the canes mechanically to get the juice for premium kokuto.

As the liquid cane sugar was removed, the sugar cane branches are cracked open. Cane sugar makes up 75% of the weight of these branches, with fibrous residue making up the remaining 25%.

The liquid sugarcane is then boiled down to remove impurities (remaining branch material). The juice is then poured into cool metal trays/molds, where it spontaneously solidifies to produce a solid candy, about the same as melted chocolate.

According to custom, the brown sugar should be broken up into bite-sized pieces and served with tea to ease weariness.

The strong grassy and mineral flavour of freshly brewed kokuto lessens over the course of a few weeks. It should not be surprising that each producer has a different formula given the lengthy process involved in producing alcoholic beverages, which includes preparing the ingredients, fermentation, distillation, and aging. There is even a grading scale from fifth to first class, with first class being the best.

Since authentic kokuto doesn't contain any coagulating or additives, the heating procedure is crucial to getting rid of any contaminants.

How are Kokuto sugar canes grown? Although the method is not new—kokuto was created for the first time in the 17th century—it has only just begun to enjoy the recognition it deserves. Strong southern island sunlight and minerals carried by ocean mist are used to cultivate sugarcane in fields.

Because of the unique environmental circumstances in Okinawa, which also allow sugar producers to grow a crop that most of the rest of the world is unable to, brown sugar production there has become a leading industry in Japan.

Sugarcane is grown in fields that receive minerals from ocean mist and intense sunlight from southern islands.

What is Kokuto syrup? Kokuto syrup is Japanese sugar syrup made from Kokuto sugar. It is commonly called Kuromitsu (黒蜜, literally "black honey"). It is thinner and gentler than molasses but otherwise similar.

It is a common component of many Japanese desserts and is often produced from unrefined kokut (muscovado sugar). It is a component of wagashi and is consumed with kuzumochi, fruit, ice cream, and other sweets.

Even today, kokuto is a major source of income for Okinawans and is frequently the center of attention at gift shops. It comes in a variety of whimsical shapes, and the unfinished cubes are exported all over the world. Even though only 48 of Okinawa's 160 islands are inhabited, only seven of them produce kokuto.

Hateruma Island, the southernmost inhabited Okinawan island, is the most well-known of these. As a coral island, Hateruma produces more sugarcane, and its flavor is thought to be even more pronounced than that of other islands' black sugar.

The popularity of kokuto is so great that fake kokuto was even traded. Other companies started peddling less expensive, unprocessed brown sugar under the guise of the coveted black sugar. The problem grew to be so severe that the Okinawa Prefecture Black Sugar Council created a certification for genuine black sugar products in 1975.

So make sure that you always purchase the genuine kokuto sugar and contribute to the livelyhood of the hard-working farmers!

What are the health benefits of Kokuto sugar?

We all enjoy Japanese sweets like Pocky Sticks, Hi-Chews, crêpes that resemble sundaes, exquisite Mochi, and miniature chocolate-topped biscuits in the form of mushrooms (also known as Kinoko No Yama, which translates to "mushroom mountain"). And sugar is what they all have in common.

Leave it to the long-lived Okinawan people of Japan to create brown sugar that fits their plant-based, healthful lifestyle. We’ve already talked about the robust sugarcane crop and the kokuto preparation process above, which is very different from typical brown sugar sold in the USA.

The bulk of brown sugar that is sold in the United States is produced by mixing molasses with refined white sugar, which creates a product with a higher glycemic index and less of the original nutrients from the sugar cane plant.

Kokuto is a type of brown/black sugar that contains a significant amount of calcium, potassium, and iron. Because they refine less of the plant than other sugar substitutes, which results in a product that is as close to the native plant as possible (they are still processing the sugar, but doing so minimally in order to maintain the highest nutrient content possible), it helps prevent tooth decay, improves resistance to stress, and even lowers cholesterol.

With that in mind, Kokuto sugar can be considered healthier than regular sugar, or common brown sugar. However, it is still to be consumed in moderation!

What are the most popular Kokuto-based products in Japan? Kokuto can be used to produce many products, and you'll also find it as an ingredient in plenty of Japanese traditional meals. Below you'll find just a few of the products that are made with kokuto from Okinawa!

Make sure to check out or ZenPop boxes, where we offer original and traditional sweets from Japan, including some kokuto-based products regularly! How to Enjoy Japanese Strawberries