Pocky vs Pretz: which one is better?

If the Mikados know their small success in France, it is nothing compared to their Asian equivalent: Pocky (ポッキー) and Pretz (プリッツ). These long cookies come in a few dozen different flavors, sweet and savory, to the delight of fans! The success is such that on November 11 every year is held the "Pocky and Pretz Day" in Japan, since the four numbers composing this date resemble four cookies placed side by side.

Both types of cookies come from the same Japanese company, Ezaki Glico (江崎グリコ), often more simply called Glico. You may not have heard of it, but you certainly know it: it's the company that produces the Mikados we know. But if the latter are quite popular with both children and adults in our country, Pocky and Pretz are generally not well known outside Japan, although they are just as good!

If you like Mikados and the idea that these cookies can be diversified into an incredible variety of flavors thanks to Pretz and Pocky makes your mouth water, then let us introduce you to these snacks so appreciated by the Japanese!

What is a Pretz? 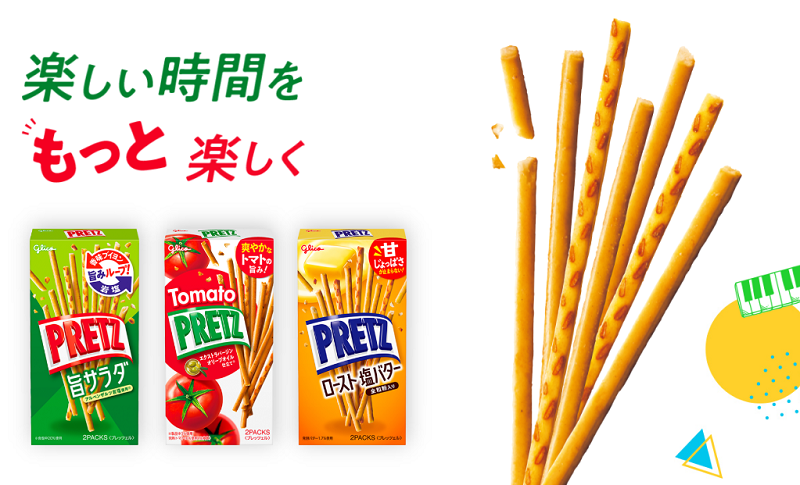 You may have guessed it: the name Pretz comes from the word "pretzel"! Unlike the Pocky or Mikados we know, the texture of these cookies is indeed quite similar to that of pretzels. In addition to this particularity, Pretz are not covered with smooth toppings as their competitors can be: instead, they are covered with a filling that will usually be salty, although some sweet tastes exist.

And as far as flavors are concerned, the range of Pretz available in Japan really leaves you spoilt for choice! In supermarkets and Japanese food stores, it is notably possible to find Pretz with salad (サラダ), with pizza (ピザ), with corn (コーン), with apple (りんご), with asparagus (アスパラガス) or even with gyoza ravioli (餃子)! All this is without counting the typical Japanese tastes, which will give you a little taste of Japanese gastronomy through a most delicious snack: takoyaki (たこ焼き), okonomiyaki (お好み焼き), or matcha (抹茶), among others.

Even if the wacky flavors leave you scratching your head, Pretz may be able to win you over with limited editions in collaboration with various famous franchises. For example, you can get Pretz in the colors of Evangelion characters (エヴァンゲリオン), Final Fantasy characters (ファイナルファンタジー) and, for those with a soft spot for cute little mascots, those of Snoopy (スヌーピー) and his friends from the "Peanuts" comic book (ピーナッツ)!

But if they are popular in Japan, Pretz are still quite unknown in our countries, so much so that it is particularly difficult to buy them in Europe or North America. To get some, you have to turn to Japan, where it is possible to buy them in most supermarkets and stores selling snacks and sweets.

What is a Pocky? If you know Mikados, then you know Pocky: it's effectively the same product, which however changed its name when it arrived in Europe in order to adapt to the Western audience.

In Japan, the name "Pocky" comes from an onomatopoeia, "Pokin" (ぽきん), which refers to the noise that a stick makes when it is broken in two. One can imagine that it is not far from the sound that a Pocky makes when you bite into it! As for the European name "Mikado", it refers of course to the well-known game of skill, which uses long sticks quite similar to the shape of the cookie.

As you might expect, the concept of the Pocky remains the same as the Mikado: they are long cookies with a sweet topping, sold in small boxes that are easy to take everywhere.

However, there is a small downside to the Mikados: the flavors available in Europe or North America are particularly limited when compared to the Japanese range. In our countries, the flavors are quite usual: milk chocolate, white chocolate or dark chocolate, although some other similar variations exist.

This is not the case in Japan: there are more than fifty different flavors, not counting the limited editions! Apart from the chocolate classics, the most famous topping is undoubtedly strawberry (いちご), but did you know that there are banana Pocky (バナナ), with sweet potato (さつま芋), with blueberry (ブルーベリー), with mango (マンゴー) or even with cheesecake (チーズケーキ)?

And that's not all: in addition to the flavors, there are also different categories of Pocky. Thus, there are so-called "My Calorie Pocky" (マイカロリー), cookies that, as expected, will be much lower in calories than the rest of the range, or "Giant Pocky" (ジャイアントポッキー) whose size is gigantic compared to the standard Pocky.

There are even "Reverse" (リーバス), where the topping is not on the outside but inside the Pocky! The range truly leaves you spoilt for choice, whether in terms of flavors but also concepts, to suit all types of consumers.

What are the differences between Pocky and Pretz?

In truth, Pocky and Pretz are quite similar, especially since both are produced by the same company, Glico. However, there are a few differences that are important to note, especially if you're not sure which one to order when ordering your Japanese snacks! First of all, although they are exactly the same shape, the Pocky and Pretz range are quite different in taste. This is only good news, after all, since it contributes to the variety of choice between these two cookies yet so similar! Indeed, as we said before, if Pretz are more salty products, while still having some sweet recipes, it will be the opposite for Pocky. This leaves only the embarrassment of the choice for the amateurs of Glico products.

As far as popularity goes, Pocky's are generally much more well-known than Pretz, so much so that November 11 is sometimes called "Pocky Day" rather than "Pocky and Pretz Day." Yet it is indeed officially a day dedicated to both types of cookies.

But that doesn't mean Pretz are so unloved: just like Pocky, Pretz lines adapt their shapes and concepts to appeal to all kinds of audiences. There are mainly three sizes of Pretz: the small version, intended for children and which are also sweeter than the others, the standard version and finally the giant version, for the most greedy.

Pocky vs. Pretz: which one is better? 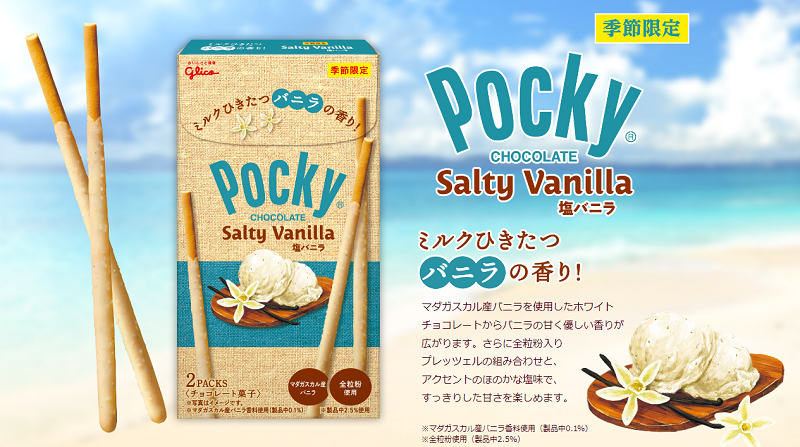 Rather than competing lines, the flavors offered by Pocky and Pretz complement each other quite well: Pretz will satisfy you if you want to put a little salty snack under your tooth, while Pocky will suit you better if you are more into sweetness and treats.

It also depends on when you choose to enjoy these cookies! A box of Pretz would be better suited to a picnic meal or as an appetizer, for example. Pocky can be enjoyed as a quick breakfast to go, or even as a snack, for young and old, at school or at the office.

With Pocky and Pretz, Glico offers a range of cookies that is impossible to resist. It can be adapted to all tastes and all occasions, for all lovers of snacks and treats! Check out our ZenPop boxes to have some Pretz or Pocky delivered straight to your doorstep!