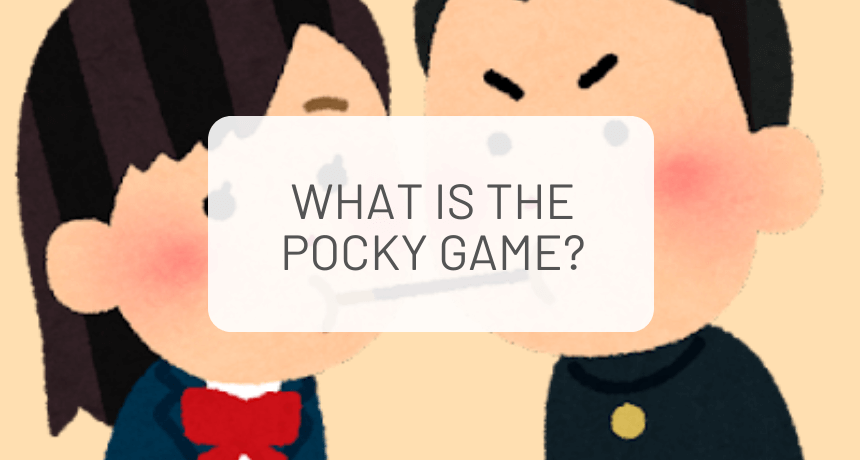 What Is the Pocky Game?

What Is the Pocky Game?

The Pocky game is typically played by a couple.

You may have seen the Pocky game on anime and Japanese variety shows. It's a simple party game wherein two people eat from both ends of the chocolate-coated stick.

It's the perfect game for a group of people who want to add more excitement to their gatherings. If you want to know the rules and all the fun stuff involved in it, you just came to the right place.

Pocky: A Brief Background on the Snack 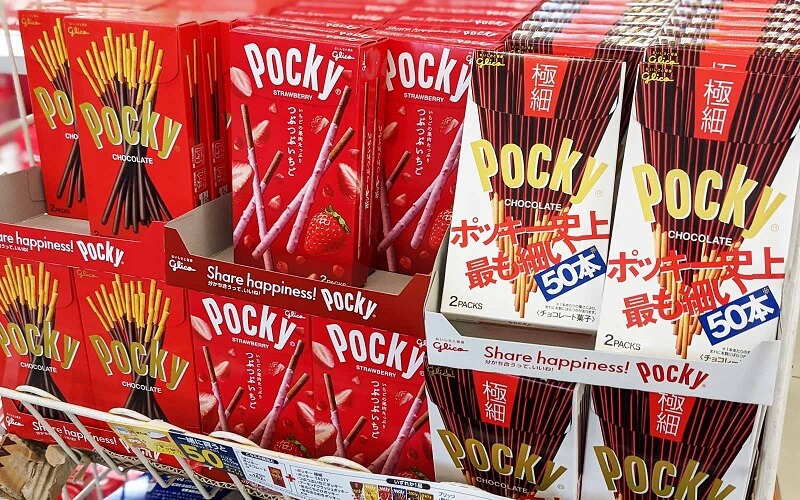 The different flavors of Pocky

To say that Pocky is a popular snack in Japan is an understatement. Its fame goes beyond the shores of the land of the rising sun. It is among the world's most beloved snacks and it wouldn't be a surprise if you find it on the shelves of your country's grocery stores.

Pocky (ポッキー) is a sweet snack produced by Ezaki Glico. The snack by Yoshiaki Koma became available in Japan in 1966. Its name originated from the Japanese onomatopoeia pokkiri (ポッキリ), which means "snap."

Its original coating is chocolate. Eventually, Japan and the rest of the world would see different flavors including almond coated, green tea, cookies and cream, and milk, among others. In fact, Pocky has over 50 flavors! In Japan, you'll see flavors like grape, azuki (red bean), cheesecake, and coconut.

The snack also inspired an unofficial holiday. Pocky Day is celebrated on November 11. That’s because the sticks look like the number 1.

What's the Point of the Pocky Game?

The main goal of the game is to stick through with it to the end, even if that means kissing your partner! Remember that spaghetti scene from Lady and the Tramp? It’s exactly like that!

That's why it's always important to play it only when everyone at the party is comfortable with the thought of potentially kissing someone.

In Japan, it's typically played among friends or classmates, at drinking parties called konpa (コンパ), which are organized by university students and often held at an izakaya (a stay-and-drink spot).

It is also not surprising to do the Pocky game on group blind dates, which is called gokon (合コン) in Japan. This gathering is where two groups of equal numbers (one group of males and another group of females) meet up. Two people from each group are typically friends who invite their other friends of the same gender.

The Rules of the Game

Believe it or not, one Pocky game can have plenty of rules per region. Some people want to make it more challenging. If you watch the video above, you’ll see that they’ve set up an obstacle course for all the pairs playing the game.

But among the most common are the following rules:

You can even come up with your own rules, as long as you stick to these four main rules. Getting creative with the game will make it even more fun.

How to Play the Pocky Game

Pocky sticks are all you need to play the game

Now that we know the rules, it's time to learn how to play the Pocky game. Here's a step-by-step guide:

Remember that some people would rather choose someone whom they wouldn’t mind kissing. Respect their wants to ensure that everyone is comfortable playing the game.
You can ask two couples to play simultaneously. Afterward, the winners can play against each other, following the rules mentioned above.

Get the players’ faces close enough to bite the two ends of the Pocky stick. It doesn’t matter who gets the one with the chocolate-coated end. After the go signal, the players can start eating the Pocky.

The goal is to reach the end without breaking the stick as fast as they can!

How Do You Win the Pocky Game? 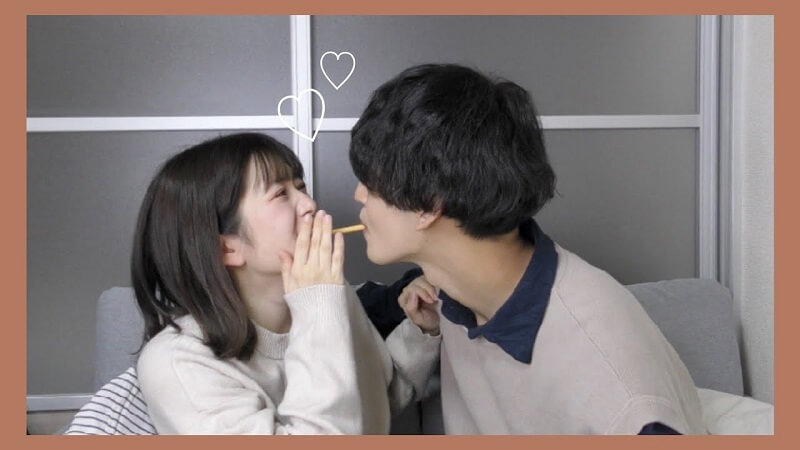 Winning the game is all about confidence!

The answer to this question is simple. It all depends on your willingness to kiss your Pocky game partner. If you’re not shy about kissing them, you can almost consider yourself the victor of the game.

Some Important Things to Remember Before Playing the Pocky Game

Some people want to play the Pocky game with a blindfold.

We all know how intimate a Pocky game can get.  After all, you are basically eating off the same stick as your partner. But before you start playing, there are a few things you need to keep in mind:

Step into the shoes of your Pocky game partner. You wouldn’t want to kiss someone with a funny breath, would you? In case you don’t have access to your toothbrush, you can chew on mints instead.

If you’re sick, it’s not a good idea to join the game (or even attend the party)!

And that's how you play the Pocky game. It's a simple yet fun way to add excitement to any gathering. So the next time you're with a group of friends, don't forget to give the Pocky game a try. Who knows, you might just have a blast!

Get yourself a ZenPop Snack Box that includes some Pocky to try the game yourself! Watch out for new flavors every other month, and some of the best snacks from Japan!

What Is Yokan, Japanese Jelly?