What does Sakura mean in Japan?

Yes, Sakura is the name of one of the most popular female protagonists in the Naruto anime series but in Japan, it means so much more. Sakura (桜) is the Japanese name for cherry blossoms, a type of flower known to be deeply embedded in the history of Japanese culture. Cherry blossoms are fairly popular in East Asia but nowhere else in the world is it as revered as in Japan which is home to thousands of mystical trees.

There are multiple varieties of the Sakura flower, actually over 200 of them. The most popular species have pale pink petals, but they also come in dark pink or even yellow. They are generally known for their delicate and vibrant nature, but unfortunately, they do not produce any edible fruits.

Sakura is widely celebrated across Japan. However, despite the love and obsession for the flower across the country, Sakura is yet to be recognized “officially” as Japan’s national flower. However, this fact doesn’t detract from its significance to the people or their love for the beautiful flower. People flock by the thousands to view these magnificent trees in popular tourist centers each year as various events are organized by individuals and companies during bloom.

The Importance of Sakura

These little blooms that cover the city with their gorgeous pink color are much more than just a flower. They are a national symbol associated to Japanese culture.

These cherry blossom trees do not produce any fruit, instead, they bloom with lovely blooms. Sakura trees only blossom once a year during the spring season, and while in full bloom, they only stay for roughly 10 days.

Even though cherry blossoms are visible in many other countries too, sakura is an iconic picture of Japan, with somei yoshino being the most common kind observed in Japan. It even attracts a huge number of people from other nations to enjoy lovely scenes during the sakura season.

What is Sakura Famous For? The answer to this question is rather obvious. They’re beautiful! It is not difficult to understand why many folks are taken in with them or why they are so important to Japan. I mean, pink trees aren’t exactly common. The Japanese love and celebrate the flower, so much so that an entire custom known as “hanami” has developed solely to appreciate the flower. Hanami literally means “flower viewing,” and during bloom, the Japanese folk throw festivals, host picnics, and take time to ponder on the significant nature of the flower. These flowers usually bloom from the end of March to early May and the blossoms only last a week or two so it is a short window to enjoy the pink petals.

Artists have helped to popularize the flower over the years by incorporating sakura-patterned designs in fashion and even furniture. You would find the trees planted in locations frequented by tourists; places like Mount Yoshino, Kyoto Botanical Garden, and Lake Kawaguchiko are some of the best locations to go to when you want to get a great view of this iconic flower.

Another beautiful location is Ashino Park in Aomori, which features more than 2,300 cherry trees. You may even rent a rowboat to enjoy the wonderful scenery on its lake. Hirosaki Park in Aomori & Takada Park in Niigata are noted for their stunning views of the cherry blossoms at night. Shinjuku Gyoen in Tokyo, Mitsuike Koen in Yokohama, Chureito Pagoda in Fuji Five Lakes, and Miharu Takizakura in Fukushima are some beautiful options that can be explored too.

The meaning of Hanami

‘Hana’ (花) alludes to a flower, and ‘mi’ (見) indicates to see. Put them together, and you get a flower-viewing occasion called Hanami (花見). In addition to being well-known, hanami is a very significant occasion for the Japanese people. In essence, it resembles a picnic beneath cherry blossoms.

Hanami is a tradition initiated in the Imperial Court by Emperor Saga well over a thousand years ago. This pastime was adopted by the Japanese as a picnic or party activity to be enjoyed while admiring the blossoms. It then became a tradition that friends and family started celebrating every year, evolving into a main event where people can gather, celebrate the beauty of nature, and enjoy Japanese festival foods.

There are certain etiquette to follow when you’re attending a hanami party or simply visiting sites where sakura trees are planted; we’ll go over them quickly;

If you can't make it to Japan for a Hanami party, learn how to make a home Hanami party here.

The Symbolism of Sakura 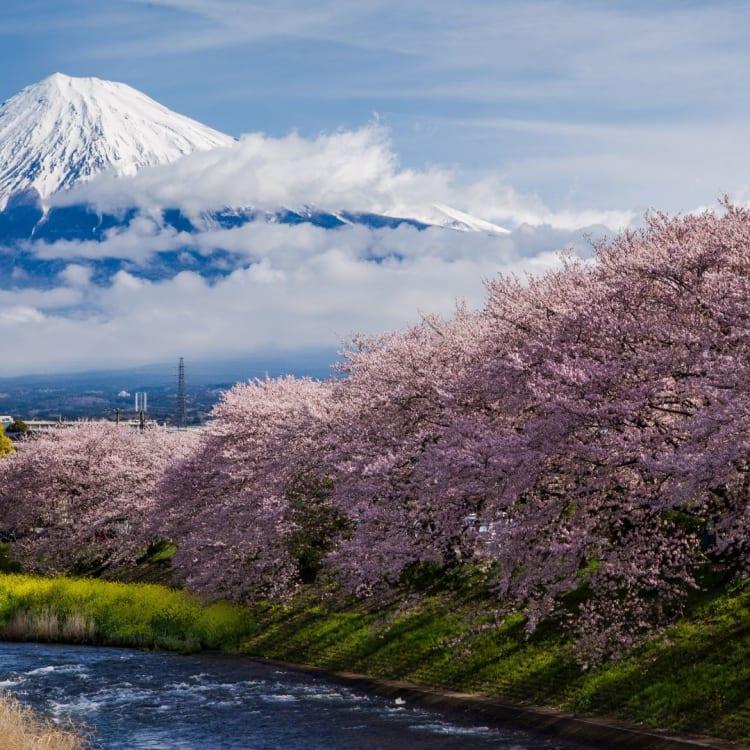 There is no denying the mesmerizing beauty of cherry blossoms. It has inspired a great number of poetry, art, and quotes as a result of the sense of vibrancy and optimism that it bestows upon the environment in which it grows. One would find designs or references to the tree in priceless paintings, on clothes, and even in manga and anime. Most fans would recall the main character with the same name in the popular anime Naruto and her signature pink hair, a strong reference to cherry blossoms.

Sakura is a representation of the incredible beauty of life. Cherry blossoms reach their peak in just two weeks before they start to wither and die. Their nature is delicate yet vibrant, short-lived, but it undoubtedly leaves a long-lasting impression.

The sakura bloom signifies the end of the frigid winters and the start of spring. However, the significance of the sakura flowers is not limited to this. They bring in a lot more along with it, including a rich history and cultural significance in Japan.

A long time ago, sakura was used to anticipate the year’s planting and harvest seasons by identifying the optimum time to grow crops for farmers. Because of that, the beginning of the sakura season is seen as a sign of renewal in Japan.

Sakura also signifies human mortality for many Japanese people. The short blooming period of sakura is often equated to the ephemeral nature of life. The flowers are gorgeous and brilliant at their strongest bloom, but then it withers and becomes fragile when its time comes, comparable to the human life cycle. It reminds individuals that life is both short but valuable.

Japan similarly starts its fiscal and academic year in April, during the cherry blossom season. Sakura, in this case, is a sign of good luck and hope in Japanese culture. The flavor of Sakura isn’t quite like the cherry fruit. It is gentler with a touch of flowery fragrance. The pickled petals of the sakura tree could be made into a light tea which some have taken to serving at weddings to signify the start of a beautiful union, but it isn’t limited to just that! Sakura has an intense scent, and they are often mixed with sweets or used to beautify pastries. Sakura is naturally the most dominant theme during gatherings such as hanami, and you have to agree that the most essential part of any party is the food. There are a ton of other types of street food and snacks to consider in Japanese festivals, many savory options are sakura flavored to enjoy the celebration of the season. Now that you know all about sakura in Japan, you can try tasting sakura flavored Japanese snacks by checking out our ZenPop snack box to get the best of the land of the rising sun. Click here to order now! 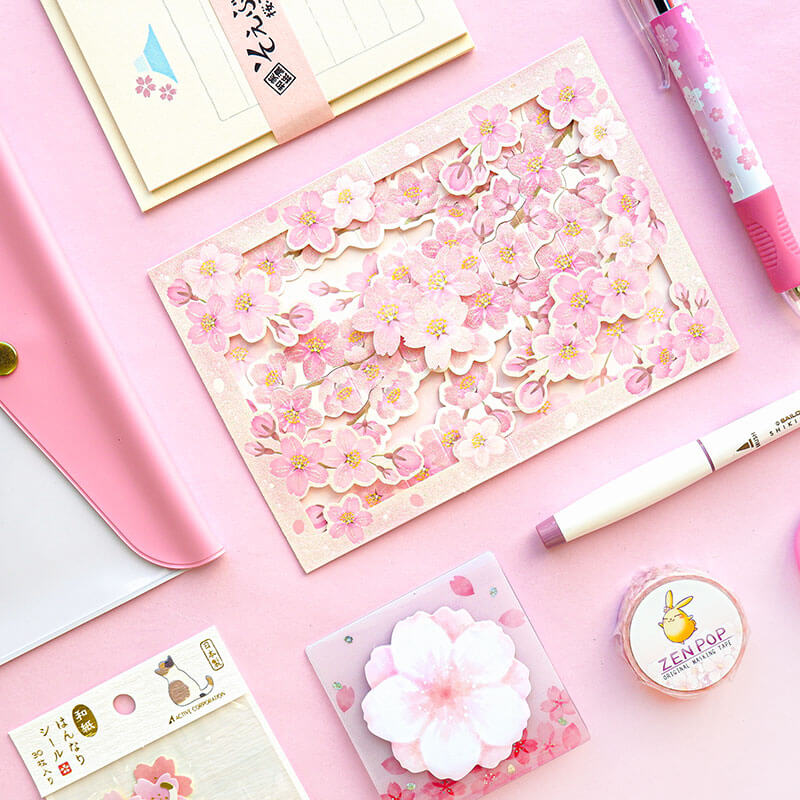 Which Kawaii Animal Are You? 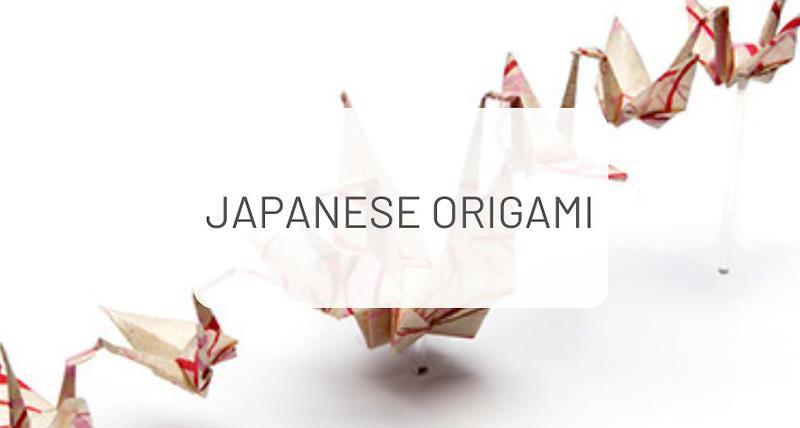 What is Japanese Origami Art? What is japanese paper (washi) used for?