Japanese mochi (餅) is a very popular cultural wagashi, also known as rice cakes, and widely enjoyed by the Japanese and the world at large. It is mostly eaten with the popular green tea known as ocha (お茶). So what makes it so good? For one, it is made from mochigome, a special kind of rice which is chewier than regular rice. It's that perfect blend of sticky chewiness. In the early days, mochi was believed to be a sacred food, eaten for good luck and good health. But now, mocha is not tied to its sacred belief anymore and is just enjoyed because it is so yummy. It can be linked to seasonal festivals, for example the Sakura Ichigo, and also during the Japanese New Year celebrations.

How many kinds of mochi are there and what type of mochi is famous in Japan ?

There are many types of mochi in Japan, with some popular nationwide, and some that remain local delicacies only available in specific stores. In this article, we'll cover 10 of the best types of mochi:

Are mochi and dango the same?

This is a frequently asked question, and there is a straightforward answer: the most important difference between mochi and dango is that while mochi is made from rice, dango is made from rice flour (mochiko, もち米). Though, both are commonly white and lack a strong flavor of their own while being very similar in terms of texture.

How to make Mochi?

Although delicious, the process of making mochi is not an easy one. The mochigome is soaked in water overnight after which it is steamed and then pounded into the soft sticky state we know as mochi. Pounding mochi traditionally involves at least two people making use of a mortar and a heavy mallet dabbed in water to moisten the mallet. It is almost like a dance between the pounder and the rotator, the pounder hits it with the mallet and the rotator turns the mochi to make sure it is wet and it comes out in the right texture. Like everything else, there is now a modern way of making mochi which involves the use of machines. Sure, using machines will make the task very easy but the process itself is part of the Japanese New Year celebrations. So, making mochi with friends and family the traditional way helps to strengthen bonds, and it is a very fun activity (if you get it right).

The traditional method is called mochitsuki (餅つき) which is translated to “mochi pounding”. When the smooth, sticky, and stretchy texture has been attained, the mochi can actually be eaten immediately. They harden eventually but can be preserved by drying or freezing and can stay that way for up to a year. When you want to get the sticky stretchy texture back, just add heat by grilling, steaming or boiling.

What are the 10 most popular types of Mochi in Japan?

Now to the real deal! There are various types of mochi, each exquisitely made with their own unique delicious taste. Keep in mind that 'mochi' is the general term for rice cakes, it is mostly the filling that changes. Although there are different types of mochi, below are the ten most popular ones that are a must-try. 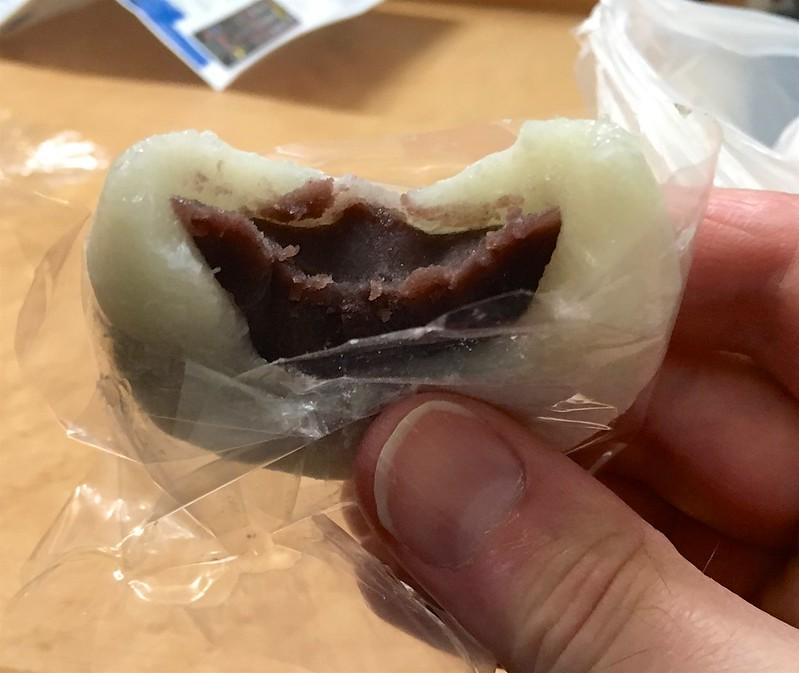 This is by far the most popular mochi. It is the classic mochi where a big round mochi is filled with the popular anko; the sweet red bean paste. Although now, there are various sweet fillings for Daifuku (大福). It usually comes in the attractive colors of pale green, white, or pale pink. Daifuku was eaten only on the Japanese New Year celebrations, but now, it can be relished all year round with a cup of green tea; the best combination ever. 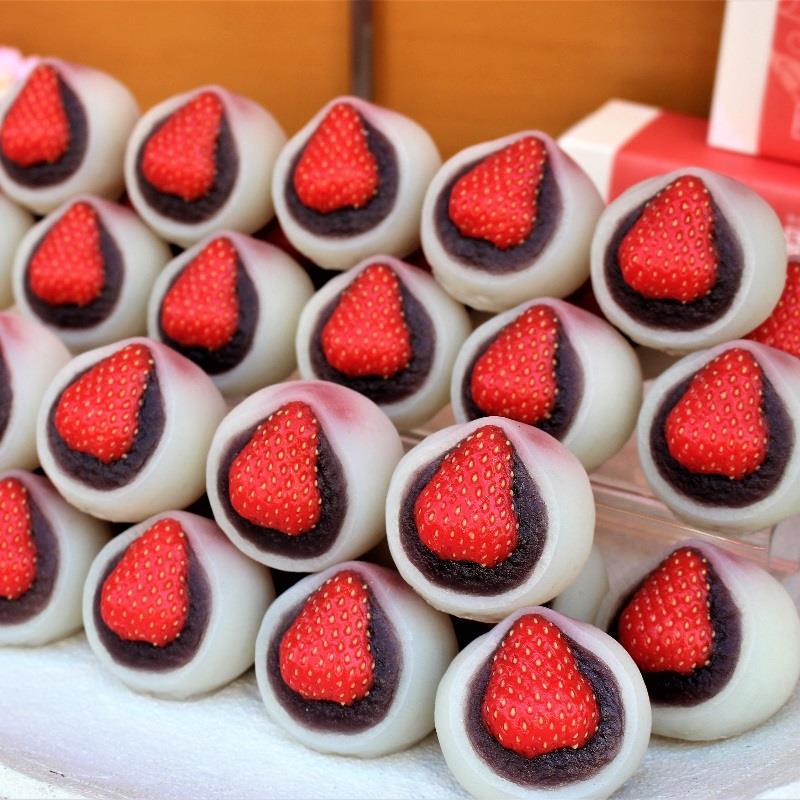 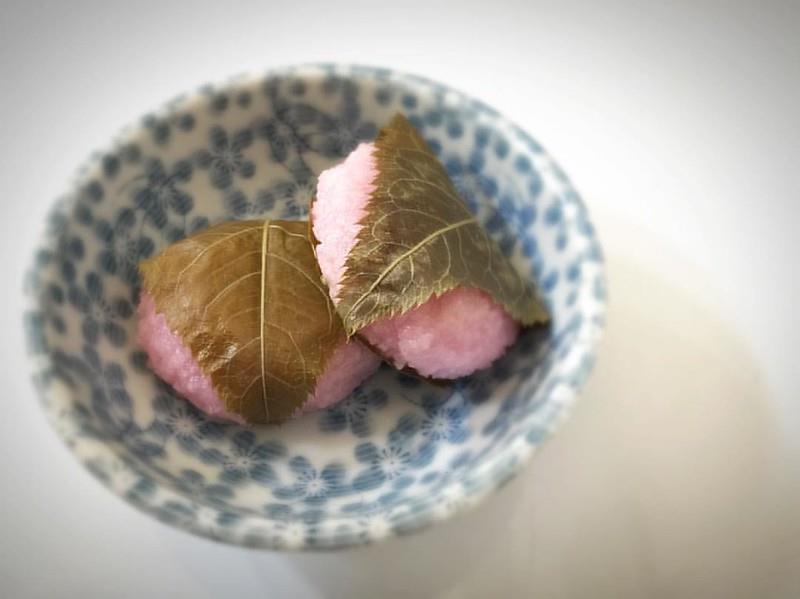 An amazing mixture of mildly salty and delicious goodness is what sakuramochi is all about. This classic mochi is wrapped in a pickled sakura leaf. Yes, the leaf is totally edible, and actually adds to the unique taste of sakura mochi. Instead of the typical white mochi, the sakuramochi is pink in color and usually eaten during the spring season, also usually eaten on Girl’s Day in Japan known as Hinamatsuri which happens on the 3rd of March. 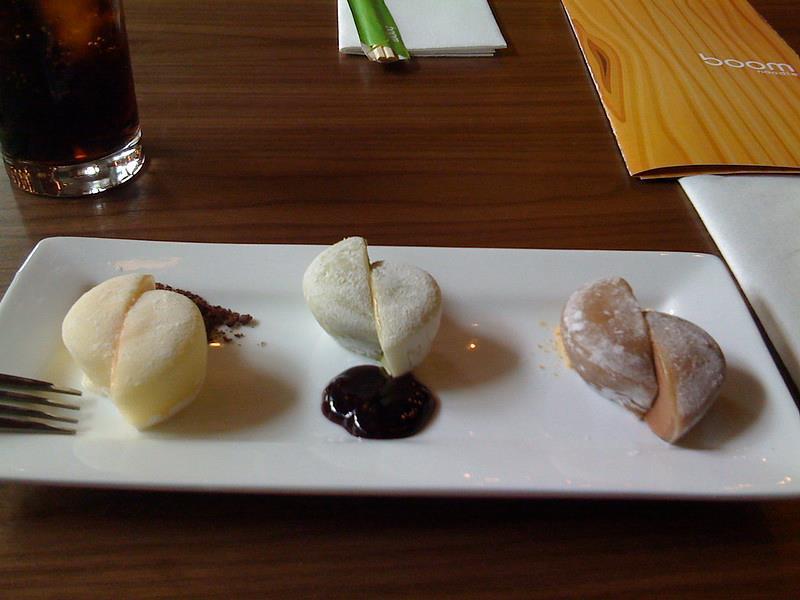 Talk about heavenly combinations! The mochi is a sweet and sticky snack on its own, then imagine it filled with ice cream, especially with your favorite flavor. The sweet, sticky, chewy, and creamy cold combination all mixed together! That's exactly what the mochi ice cream tastes like. The most common flavors of ice cream used as fillings are chocolate, vanilla, and strawberry. This should be eaten mildly frozen, you don’t want cream drizzling all over your hands. 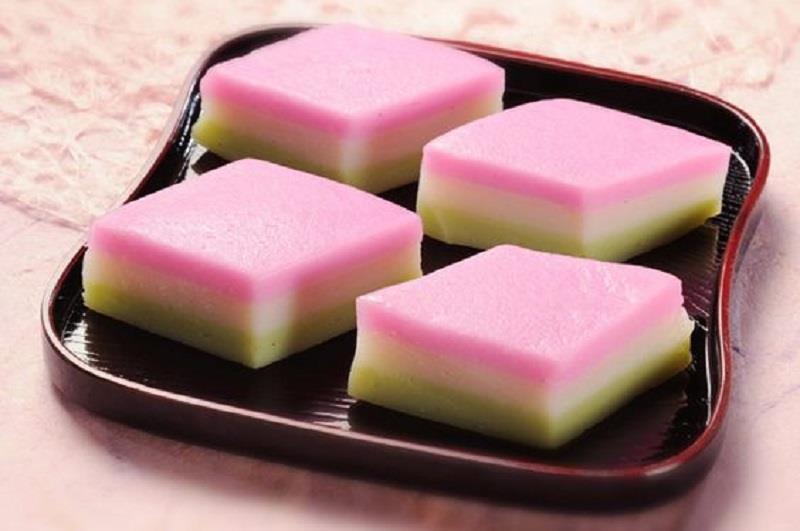 This is a very pretty type of mochi to behold. In Japanese, “Hishi” (ひし) means diamond. The hishi mochi is three-layered and cut into the shapes of diamonds to symbolize fertility. The typical colors of the hishi mochi are pink, white, and green. The topmost layer being pink, the middle layer, white, and the last layer being green. It is also more popular on Hinamatsuri day, used to celebrate the success and the good health of females. 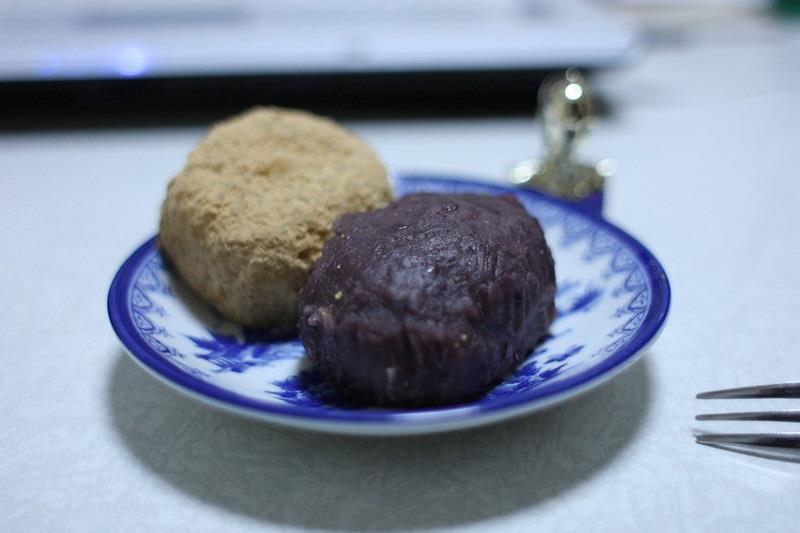 This is basically daifuku mochi inside out. The Japanese are certainly creative, this twist places the sticky mochi inside as the filling and the usual filling becomes the outer layer. Imagine anko red bean paste with its sweetness first, then the chewy goodness of the mochi next. Of course, mochi can be smeared with various other fillings, like ice cream. It is also known as Ohagi when it is autumn and bota mochi during spring. The first thing that makes the yatsuhashi mochi special is the cinnamon added as an ingredient. They are triangular-shaped and usually gifted as souvenirs. It kind of looks like a triangle sandwich. There are several varieties of filings used for Yatsuhashi but when baked, it tastes like rice crackers instead of the signature chewy feel of mochi. The cinnamon gives it a unique taste amongst other mochi. 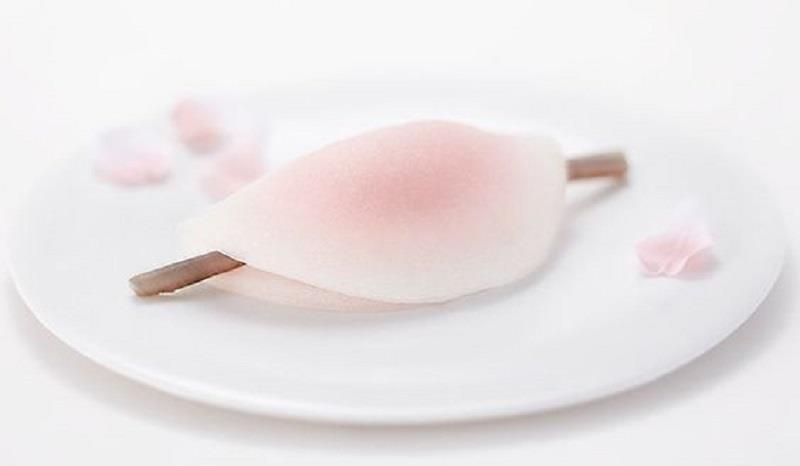 This literally means “flower petal”. It is a traditional type of wagashi eaten at the beginning of the New Year, and also  during the celebration of the First Tea ceremony of the year. It is usually pink in color. Alongside the filling, a burdock root is sandwiched in between the folded mochi which adds to the beauty. It can also be filled with anko or other creative varieties. When it comes to beauty, it is the most delicate representation of mochi. If you watch anime, you would have seen a lot of dango already. People often wonder whether it is really mochi, it is even regarded as a “fake mochi” because dango is made from rice flour not the steamed rice itself. However, it has wedged itself into the lists of mochi because the end product still has the same chewy sticky taste. Dango tastes and looks good plus you have fun while eating it. I mean, who doesn’t like food on a stick. Three to five dangos the shape of a circle are skewered and covered in soy sauce and sold. Kusa mochi is special because yomogi, also known as Japanese mugwort, is kneaded with the mochi during preparation, giving it an intense green color compared to other colors of mochi. That's why it is also known as yomogi mochi. It is filled with the classic anko red bean paste or other even ice cream. Kusa mochi has the subtle hint of mugwort and tastes like you're eating a chewy version of green tea.

These are the most popular types of mochi in Japan. They are all fingerlicking good but you'll just have to try them out yourself to confirm. Mochi is usually preserved in a frozen state so it is difficult to ship them to other countries, but you should definitely check out our ZenPop monthly snack pack for awesome snacks that are popular in Japan.