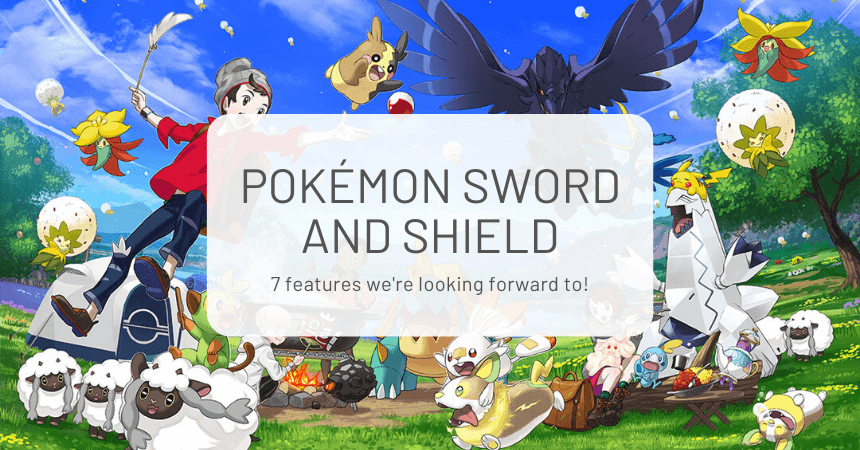 The newest Pokémon game is right around the corner!

This November, Gamefreak will be releasing Pokémon Sword and Shield, the next major title for the Pokémon games since Pokémon Sun and Moon / Ultra Sun and Ultra Moon for the 3DS.

This is the very first release of a main series Pokémon game for the Nintendo Switch, and has a whole bunch of new characters, features, and Pokémon for us to discover!

Let’s take a look at seven of our most awaited features for Pokémon Sword and Shield.

Each main series Pokémon game has a certain aesthetic inspired by places in the real world.

The new Galar region takes influence from places in the United Kingdom. From the aesthetics of old country houses, the extensive railway system that mirrors the London Underground, and the football stadiums where you hold gym battles — there’s so much to discover about the Galar region!

How adorable are these new starters!

The fire type, Scorbunny, is said to be always running around, and bursting with powerful energy.

Grookey, the new grass type, is a sweet little monkey that is endlessly curious!

The crowd favourite is Sobble, a sweet little chameleon-inspired lizard that’s just so, so shy!

You can encounter lots of new wild Pokémon in a special zone called the Wild Area. This is going to be a vast space where lots of creatures run free, including extremely powerful, high-leveled ones!

You can even move the camera around in order to take in the rest of the extensive landscape.

Beware though, if you encounter an extremely high-level Pokémon, you might not even be able to catch it or battle it properly. The Wild Area can hold the lowest level starters and the most powerful evolutions!

Are you excited for new rivals, gym leaders, and a new champion?

Some of our new opponents have already been revealed, and we can’t wait to battle them!

Our new rivals were also introduced. One of them is Marnie, and with her partner Pokémon Moropeko, she is aiming to become the next Galar champion!

Our other rival is our neighbour, Hop, who has a lot to live up to, considering his brother Leon is the region’s current Champion. Leon is currently undefeated, with his partner Charizard right by his side.

Of course, it will be up to us, the Trainers, to turn the tide.

Have you ever seen such fierce yet adorable legendary doggos?

Our new legendary Pokémon for the Galar region will be Zacian and Zamazenta, for Pokémon Sword and Pokémon Shield respectively. These Pokémon are said to be so mysterious, even those in the Galar region don’t know much about them.

Zacian is a graceful attacker, and holds a large sword in it’s mouth (good doggo!) while Zamazenta’s entire body seems to be reminiscent of a large shield!

A new feature of the Sword and Shield games is a special mechanic called Dynamax, where in certain areas of the game, Pokémon can grow several times their size! They also gain access to Max Moves, which are more powerful versions of a Pokémon’s regular moveset.

While any Pokémon can Dynamax, there is a rare mechanic unique to some Pokémon called Gigantamaxing! These Pokémon not only grow in size, but also have unique changes to their form that make them look even cooler. You can find them by participating in Max Raid Battles, where you cooperate with other trainers online to take one powerful Pokémon down.

Did you know there’s a place where you can get to know all the Pokémon in your party? This is called Pokémon Camp, and you can access it anytime while you’re playing. You can visit other players’ Pokémon Camps by checking them out in the Wild Area.

You can also make a dish that’s all the rage in the Galar region: Curry! You can cook up different curry recipes to share with your Pokémon, and who knows? They might have a favorite one, too!

Of course, we love curry over at ZenPop too, especially curry ramen! If you’re starting to crave something to eat, why not check out one of our Ramen or Mix Packs? 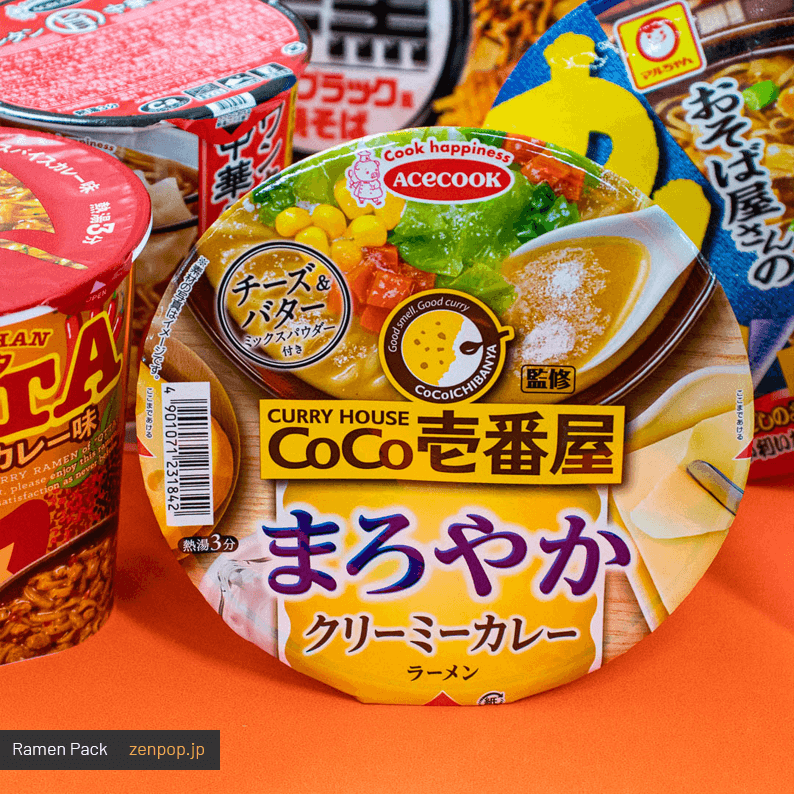 So, are you looking forward to Pokémon Sword and Pokémon Shield like we are?

We’re so excited to see all the game has to offer, and all the new features that we’ve never seen before!

Check out the trailer here:

Ramen Giveaway with 5 AM Ramen

Our Favorite Anime Dishes You Can Make At Home