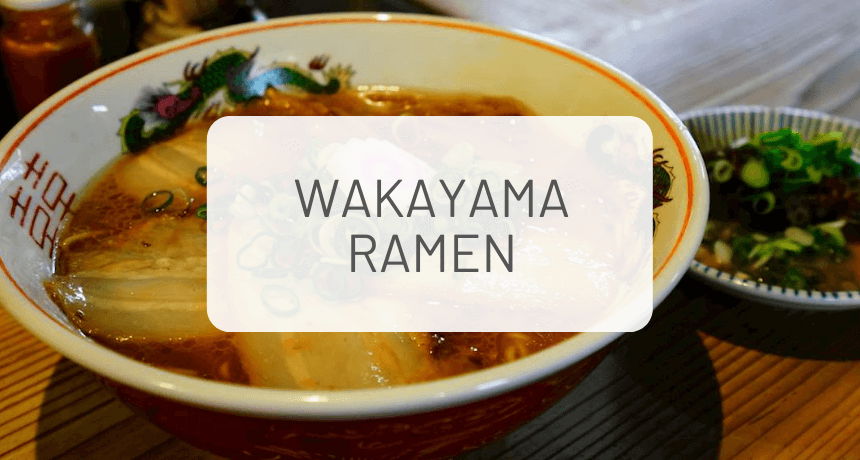 The Complete Guide to Wakayama Ramen

You don't have to be a ramen connoisseur to enjoy the tastiness of Wakayama Ramen. Do you know Wakayama City, the heart of Wakayama, one of the smaller prefectures of Japan located in Honshu? Part of the Kansai region, it is known for its beaches and ruined fortresses, but the city is also a great place to experience some unique takes on Japanese ramen culture, forming yet another blend of traditional Chinese and Japanese flavors.

Usually described as a Tokyo-style ramen with Tokushima broth, Wakayama ramen also has two distinct types of broth, the soy sauce “shako-mae” soup, or the tonkotsu-soy base. Wakayama ramen is packed full of flavor, and also served with some sushi on the side! Let’s take a look at the origins of Wakayama’s Chuka Soba.

Where did Wakayama Ramen Come From? 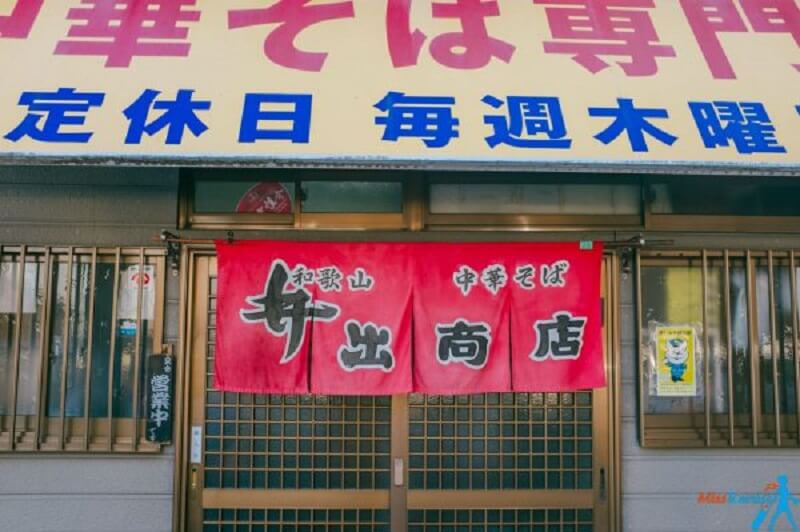 Wakayama prefecture makes use of local ingredients in order to flavor their soup, capitalizing on the specialty ingredients from their prefecture and neighboring areas. The neighboring prefecture of Yuasa is known for producing soy sauce, and the other nearby regions export chicken and pork products.

The idea of “chinese noodles” or “chuka soba” is not particularly unique to the Wakayama region, as this style of ramen was popular and spread all throughout Japan when Chinese noodles were brought over by traders. This particular ramen style however, has been around since the early Showa period even before the war. The taste is particularly nostalgic and traditional and has been part of Wakayama cuisine for decades. 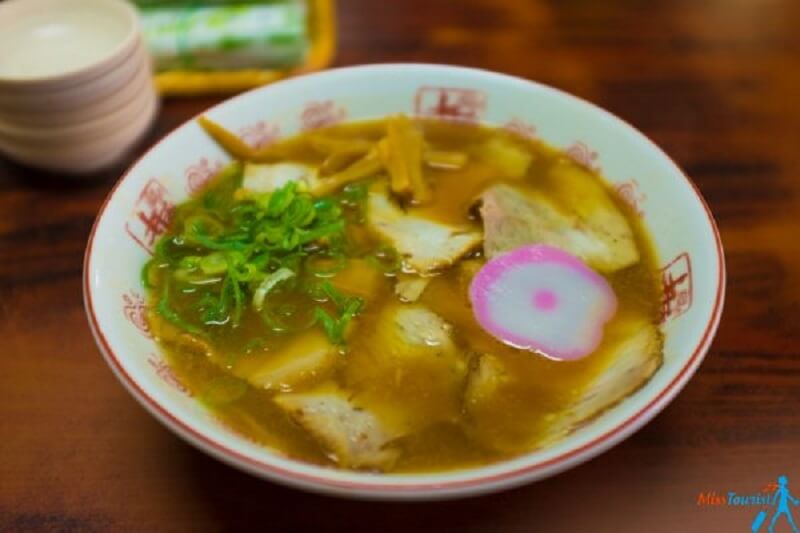 Wakayama ramen was popularized by ramen critics when Ide Shoten won contests for the best ramen restaurant in Japan.

The particular style of Wakayama ramen was popularized by ramen critics in the 1990s, who recommended Wakayama style ramen as some of the best tasting ramen in Japan over many other types and stores. Within the Tokyo metropolitan area, Wakayama ramen became a big hit, and eventually gained active coverage on news articles, TV, and magazines.

This sparked a nationwide ramen boom that included the rise of other ramen styles from other regions, including regional delights like Tokushima ramen and Asahikawa ramen.

Wakayama ramen is known for 3 particular elements: the two kinds of broth, the thin noodles, and the side dish of sushi.

The broth can be separated into 2 different types, depending on the store’s individual recipe. One type of broth uses a stronger soy flavor in its base, making the tonkotsu flavor taste more like soy, while the other tends to have a meatier flavor since its base leans more towards the pork-bone flavor.

The noodles in Wakayama ramen are straight and usually handmade, and are served in smaller portions in order to accommodate one of the most common side dishes for Wakayama ramen: haya-sushi! His is a type of mackerel based sushi that is slightly fermented, and it goes quite well with soy sauce, as well as boiled eggs. There are various customs revolving around when and how to eat the sushi.

What Are The Best Restaurants to Eat Wakayama Ramen?

Found in the main street of the Arochi neighbourhood, Arochi Honke Marutaka is a popular destination for the nightlife, especially for those who get a little hungry after enjoying a round of drinks at local bars and izakayas. The soup has a rich body and has a soy sauce base, and popular additions include char siu pork as a topping, and gyoza or oden as side dishes. If you’re still up for drinks, they also offer their fair share of beer and other items.

Seino is located in Wakayama City, just close to Wakayama Station. They have a specialty item on the  menu called Kotteri Wakayama Ramen, which refers to their specialty ramen with a very, very thick broth. They make the soup base with chicken and pork collagen, which changes the texture of the broth and makes it incredibly rich. They also have other locations in nearby Arita.

By far, the most popular ramen shop for Wakayama ramen is Ide Shoten.Once, Ide shoten was regarded as the best ramen in Japan on national television. They consistently have long queues, and others make the restaurant an important part of their personal ramen pilgrimage.

Did you know that Ide Shoten’s recipe came as an accident? At some point they accidentally overboiled the pork bones for the broth, but it turned out to be a beautiful failure-- the soup turned out to be both thick bodied but mellow in flavor. The soup tends to stick to the noodles and pairs well with the char siu pork that is served as a topping.
Ide Shoten offers a bowl of ramen that is absolutely addictive, and well worth the journey.

What Are The Best Instant Wakayama Ramen Options?

Nissin’s take on Wakayama ramen is a great option for anyone looking to experience the flavor of the Wakayama style. The noodles in this ramen pack have a nice chew to them, giving them a good, premium taste. The soup is where this instant ramen shines, as it features a thick pork bone soup. You can adjust the taste to your liking by rationing out the included soy sauce packet, but it works very well as a tangy flavoring to cut the richness of the pork bone broth. This instant ramen also comes with nice toppings such as the dried vegetables, and colorful naruto fish cakes!

Ide Shoten makes their own instant noodles, emulating the flavor from their famous restaurant. They include a packet of liquid shoyu-base soup, green onions, toppings, and a packet of fresh-tasting straight noodles. The Hakata-style noodles pair very well with the soup, which leans toward the thicker side and has a certain richness in the shoyu flavor.

Overall, while it doesn’t compare to having a warm bowl served to you at the heart of Ide Shoten during your ramen pilgrimage, it certainly hits the spot when craving for Wakayama ramen flavors. Though this form of instant ramen seems much more elusive and difficult to find compared to the Nissin equivalent, it’s definitely worth a buy if you happen to spot it.

Interested in trying out more ramen styles, from regional ramen to modern fusions? Why not try out Zenpop’s Ramen Box, which includes 7 full-size instant noodles from all over Japan, including limited time flavors and seasonal favorites!