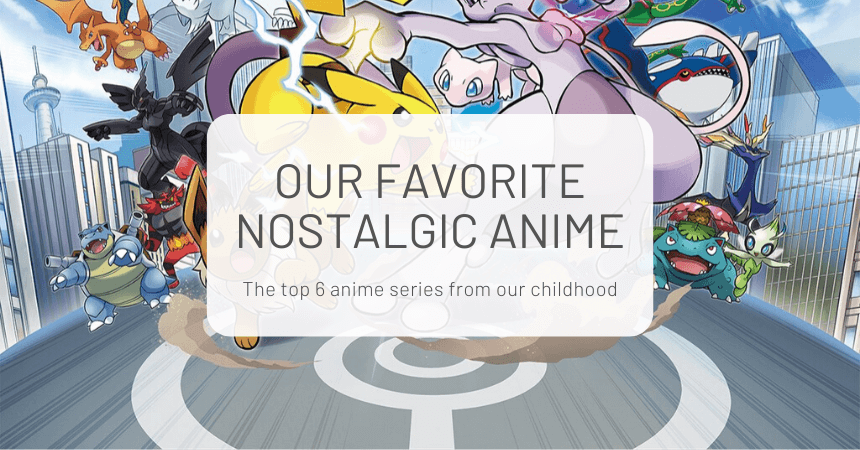 It's a brand new year, and we're sorry to say, but we're all slowly getting older...

But, don't worry! As we get older (and wiser), it's fun to feel nostaglic and look back on our younger selves.

What favorite anime did you love to watch as a kid?

These are our top 6 anime series that we watched as children and made a big impact on our young lives.

Starting off on a high note, one of our favourite magical girl anime of the 90’s is Cardcaptor Sakura.

This quintessential shoujo series follows Sakura Kinomoto, an elementary school student, as she collects a series of magical cards called the Clow Cards (after having accidentally released them unto the world in the first place!)

Sweet, endearing, and full of loveable characters and side stories, we have fond memories of watching Sakura and her friends have adventures.

Not only did this fulfill a slice-of-life style in its tone and character development, but its larger plot arcs were also extremely compelling.

The story continued in further seasons and two movies which also focused on Sakura’s own special powers. Did you know a follow up series called “Cardcaptor Sakura: Clear Card Arc” also aired in 2018?

Cowboy Bebop is well known for its iconic theme song, a catchy instrumental that features only three lines of lyrics.

This show had such an interesting direction and style, drawing inspiration from several genres (most notably classic noir and western aesthetics.) It combines these aesthetics with a science fiction plot, too!

We followed the antics of the bounty hunters on the Bebop, including former hitman Spike Spiegel and his partner Jet Black.

As their crew grows larger and the story gets deeper, we couldn’t help but get hooked by the uniqueness of the show.

For those of us who grew up watching the mecha genre, a favourite of the 90’s / early 2000’s is Mobile Suit Gundam Wing.

The Gundam franchise may be a little bit difficult to follow, but you can easily watch Gundam Wing (and maybe it’s sequel, Endless Waltz) on its own.

This show was filled with everything, from hilarious antics, to serious moments, to awesome fight scenes.

Not to mention, isn’t the design of the Wing Gundam pretty cool?

Sometimes people mistake Digimon and Pokemon for being similar in concept, but a good watch and analysis of the plot really shows what sets Digimon apart.

The original series follows the eight DigiDestined, who are chosen to save the Digital World that the digimon come from. They discover their innate powers in the form of Crests, representative of their best qualities as chosen children.

Digimon was one of those shows that really hyped us up as kids and made us wish for our own Digimon partners so that we too could journey into the Digital World.

Even hearing the theme songs, Butter-fly by Koji Wada or electronic sounding Digimon theme in the US, awakens the child within us.

One of our favourite comedy anime from the 2000’s, Lucky Star is a slice-of-life show that centers around four girls in a Japanese high school - Miyuki Takara, the twins Kagami and Tsukasa Hiiragi, and the lazy otaku Konata Izumi.

Lucky Star is a show that’s full of hilarious moments that had us laughing our hearts out.

The show is great at achieving comedic timing, introducing us to eccentric yet lovable characters and making various aspects of mundane school life funny.

It also had its fair share of moments that were sweet and heartfelt, yet never felt out of place from the show’s tone.

One thing we fondly remember about Lucky Star is the catchy opening song and its accompanying dance, which is a total classic for those who love dancing along to anisongs!

The cheerleader theme and the energetic motions were definitely a big hit, and we remember dancing along to it as kids.

It wouldn’t be an article about classic childhood anime series without Pokemon!

Do you remember being a kid and waking up to watch Ash, Misty and Brock on their journey to become a Pokemon Master?

Pokemon was (and still is) such a global phenomenon that took the world by storm through both the video games and the anime series and created globally recognizable characters like Pikachu.

Though the series may seem repetitive, we have to give it to Pokemon for our some of its best, most touching moments, such as the episode dedicated to Ash’s Butterfree.

It’s also hard to find someone who isn’t familiar with the original Pokemon theme song!

One great thing about the Pokemon series is that it is still capturing the hearts of kids all around the world with the ongoing anime series and the regular release of video games for children (and adults!)

We know we didn’t cover absolutely everything, and there are some shows that you might have watched as a kid that we weren’t able to.

Nonetheless, we’re here to celebrate all of the anime that got us through our childhood years and hold a special place in our hearts.

What anime did you love watching as a kid?

Rewatch your childhood favorites with some great Japanese candy and snacks from ZenPop. Choose from: 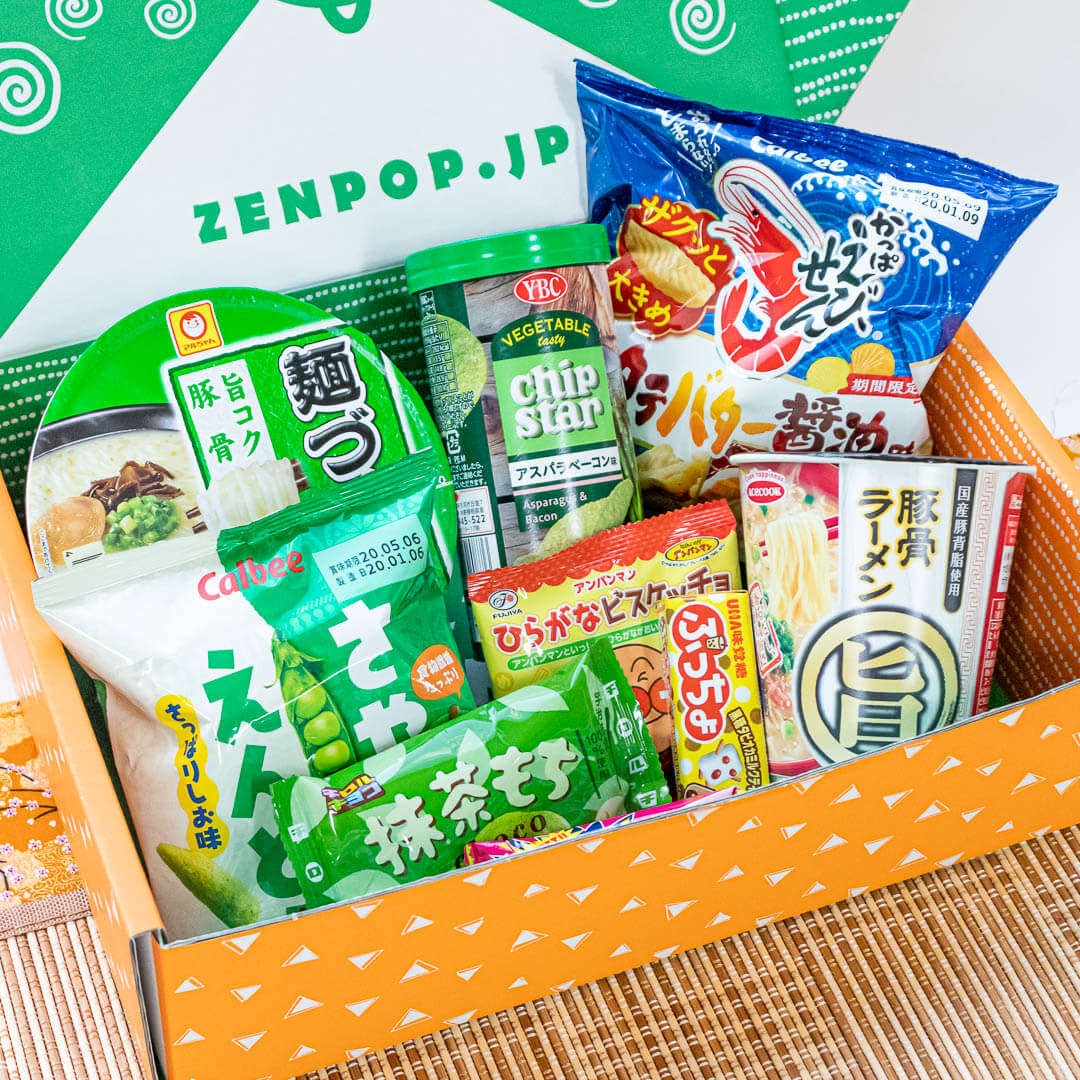