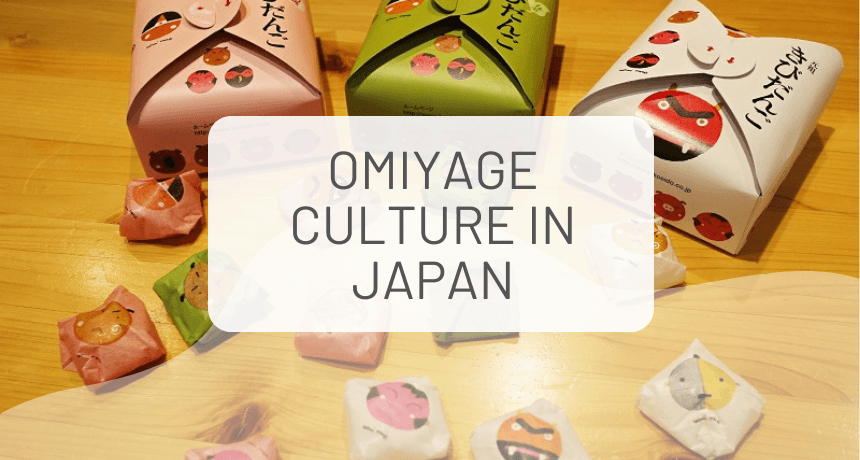 Have you ever heard of the term Omiyage? In kanji, it is written お土産 and usually translates to “souvenir” in English. However, the practice of Omiyage in Japan is very different with little nuances from the classic idea of a souvenir in the west.

Read further to learn all about Japan’s unique gift-giving culture and what some of the best Omiyage are to buy for your colleagues and loved ones.

What is Omiyage in English?

Omiyage (お土産) translates to souvenir, generally speaking. The kanji, however, has a few nuances. It can be understood as a local specialty or souvenir bought as a gift while travelling, or present brought by a visitor​ (to your home, for example). The kanji can also be read dosan (どさん), and translated product of the land or present. In fact, 土 means earth, or ground, and 産 is commonly used as the word for product.

What is the Japanese tradition of Omiyage? 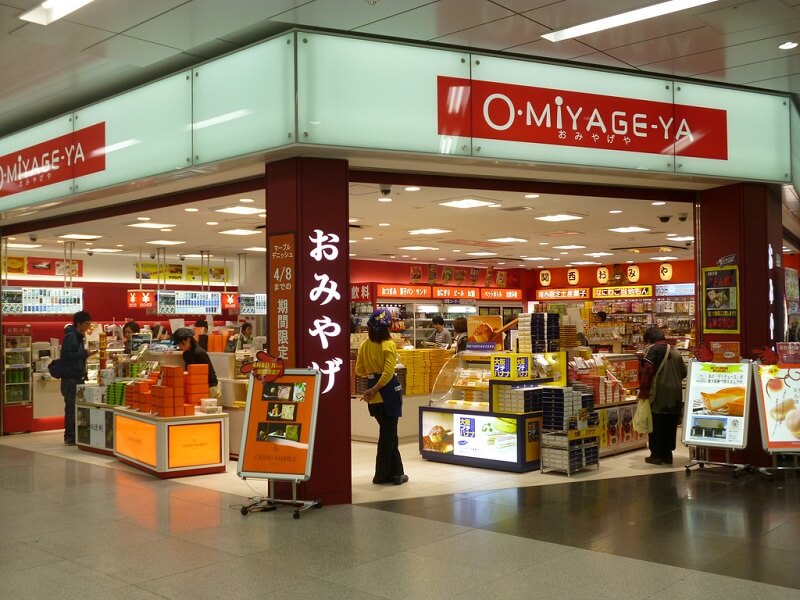 Giving Omiyage is a long-standing tradition in Japanese society. It’s important to the point where it’s sometimes frowned upon to return from a trip without gifts in hand.

Actually, the culture of Omiyage takes a little of getting used to. In the west, we might bring ourselves some souvenirs from a journey abroad, and occasionally a close family member. But less often, will we think of all our coworkers and friends. In Japan an Omiyage is a gift or souvenir (usually a snack) you give to friends, coworkers, and family after returning home from a trip, yes all of them. Omiyage is so much more than just an edible souvenir, though.

It’s a way to show your appreciation for the people you left behind. In fact, while you were away enjoying an exotic place, whether abroad or another region, your friends, family members and coworkers continued to work hard. To show your respect, you should bring them something, also as a way to apologize for leaving all the work to them.

Is Omiyage similar to giving gifts? 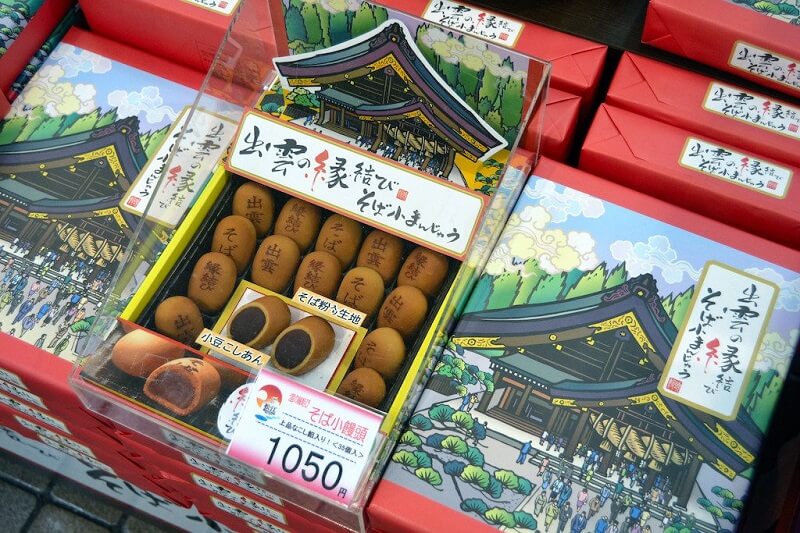 With the previous point taken into consideration, Omiyage is not exactly the same as gift giving. Whereas gift giving is often done in the west for special occasions such as weddings, Christmas, or a birthday, Omiyage is more often associated with travel and showing the people you left behind that you thought about them while you were away, and recognize the hard work they did in your absence.

What is the difference between Omiyage and souvenir?

What is the history of souvenir giving in Japan?

Omiyage is not something new in Japan. In fact, the Omiyage custom supposedly began centuries ago. Back then, people in Japan made long pilgrimages to Shinto shrines. Famous ones include the Hongu Taisha on the Kumano Kodo (熊野古道)  pilgrimage, for example.

They were expected to bring back charms, sake cups and other religious objects for their families. People believed that those items carried the same blessings the worshippers had received from the gods directly at the shrines. In a way, it was a way to share your blessings.

Jumping on the business opportunity, shopkeepers near the shrines began selling local products for the faithful to take home to their loved ones. These products were called miyage, meaning “gift.” The honorific prefix “o” was added later, and led to the word Omiyage.

Many centuries ago, people primarily walked to shrines on foot. Journeys sometimes took weeks, and Omiyage initially had to be non-perishable, lightweight and easily packed. For example, they would usually buy fans, tea, knives, ladles, obi (帯, kimono sashes) etc.  But today, with the Japan’s efficient railway system from 1872, and now, of course, airplanes, edibles such as mochi, sweets and biscuits became common Omiyage as well.

Where can I buy Omiyage?

The easiest places to buy Omiyage, and the most common, is directly at the train station. Nearly every larger train station in Japan will have an array of shops people can buy from. You may have seen these in photos before, just like below. 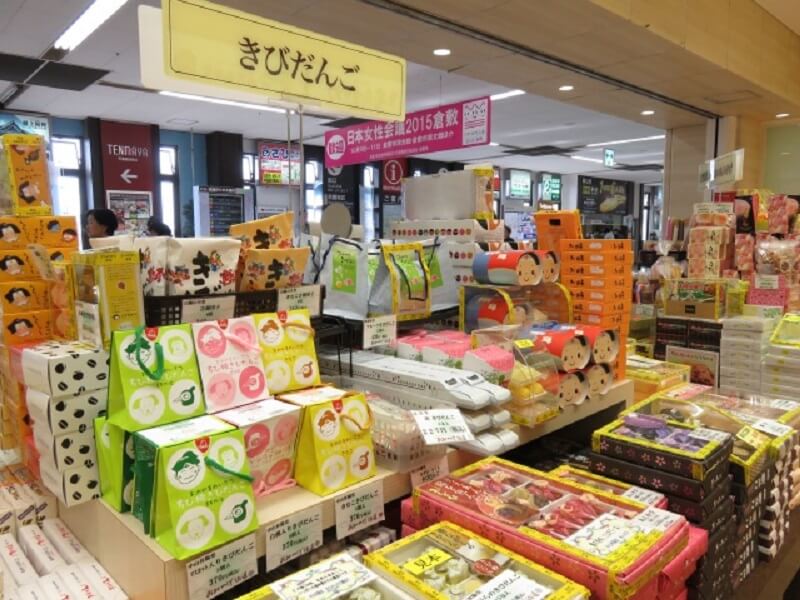 Omiyage boxes are brightly colored and contain individually wrapped snacks, perfect for sharing. They also vary depending on the region. Every prefecture, and every town, is proud of its local treats. Coming back from a trip to Osaka, people will buy snacks with takoyaki or okonomiyaki flavor. Returning from Kyoto, people will get tea based products, matcha, or sabazushi! Up in the north, Aomori is famous for apples and the city of Hakone for its puréed fish, Kamaboko.

How can you buy omiyage?

There are no official rules for buying Omiyage. However, should you worry about what to get to your family, friends, and coworkers from your next trip to Japan, here are a few guidelines:
Regional food specialties always make the best Omiyage.

And remember, when presenting Omiyage, follow the Japanese penchant for modesty. Don't make a big deal out of it, it's just a small gesture, even though it carries a significant meaning.

As a side note, gifts you buy in your hometown to give to people you visit are often wrongly called Omiyage. The correct is temiyage (手土産), with the kanji 手, which means hand!

Now, if you cannot make the journey to Japan yet, but want to gift someone something unique from Japan, why not check out our ZenPop boxes with ramen, snacks, treats and more shipped directly from Osaka throughout the world!