A large boiling hot pot filled with piles of vegetables and meats. Everyone gather around a table and have a lively chat over the pot. That’s what we want when winter comes. “Nabe” warms our body and mind.

Nabe means a hot pot. When Japanese people cook it, they bring a large pot and a portable gas burner to a table and boil soup and ingredients. Family members or friends share one pot and they help themselves from it placed at the center of a table. What you put in a nabe can be anything, but hakusai (napa cabbage), carrot and meat are especially popular. Some nabe kinds are given specific names, including regional ones.

Let me introduce some famous nabe!

Ishikari Nabe
A regional nabe from Hokkaido, the land of salmon. Ishikari Nabe includes salmon and other ingredients Hokkaido produces, and the soup is cooked with miso. It was named after the Ishikari River, where salmons run up to spawn.

Chanko Nabe
The food for sumo wrestlers (and us). Chanko Nabe includes a mountain of chicken and vegetable, and sumo wrestlers eat the dish to gain weight. Traditionally, chicken is preferred to pork or beef because they stand with two feet like wrestlers have to do in a match to win.

Botan Nabe
Botan nabe is a regional food of Hyogo Prefecture, which contains wild boar meat. Do you know why it is called “Botan” Nabe? Botan means peony. The meat slices are served beautifully like petals of peony on a plate, and that's why. 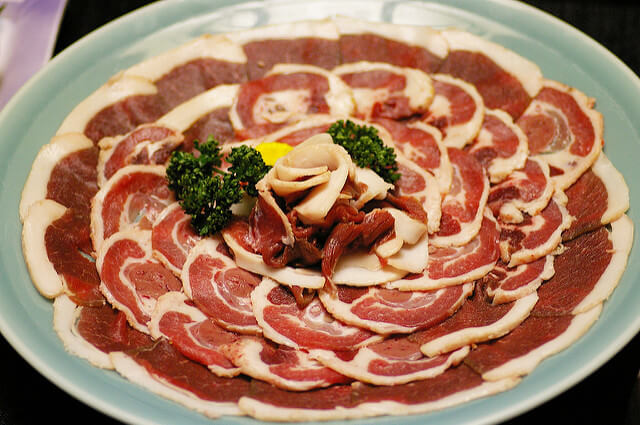 Motsu Nabe
Offal of pork or beef come together with vegetables like cabbage, burdock, garlic chive, and so on. The soup can be either miso or shoyu flavored. Motsu Nabe lovers exist around Japan, but it is famous especially in Hakata in Fukuoka Prefecture. 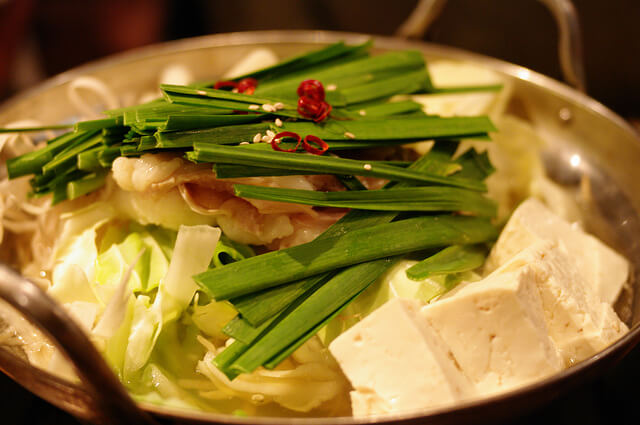 Yami Nabe
Nabe boosts a conversation especially when it’s Yami Nabe. Yami means “darkness” and Yami Nabe is enjoyed in a dark room. The fun part is adding some weird ingredients like chocolates, fruits, or snacks. The result may be a mess, but it’s exciting.

Neko Nabe
This one is not for eating but for admiring the cuteness of cats. Cats fit into tiny spaces even in a nabe. Neko Nabe went viral in Japan a few years ago, and there have been even photo books that feature it. 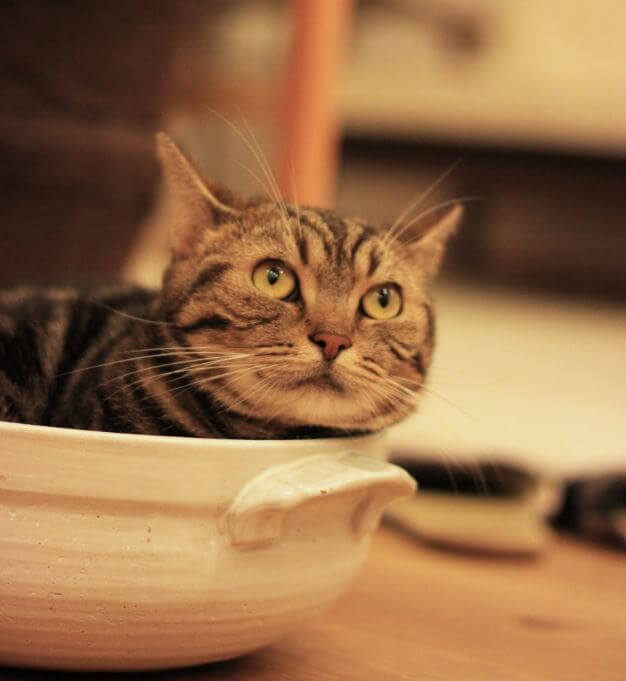 Which nabe do you want to try?

When you finish vegetables and meats in the nabe, there is one more thing to enjoy: noodles! The noodles after nabe are called “shime”. Many people wouldn’t like to finish the meal before dipping noodles (or rice) in the remaining soup. Depending on the taste of the soup, they choose what to have for shime. For example, when I had tomato nabe last week, I added rice and cheese to the soup and enjoyed tomato risotto. For miso based nabe, udon noodles should be a great choice.

No matter what is included, nabe is an ideal winter meal. It binds people together, boosts conversation and warms our body and heart.

Have you tried nabe before? Do you have similar kind of dish where you live? What would you like to have in winter? Talk to us on Facebook, Instagram or Twitter. Luna wants to know more about cultures and foods of your countries :)

Our current Ramen Pack includes Kiritanpo Nabe Noodles! Would you like to have it and feel Japanese winter vibes?